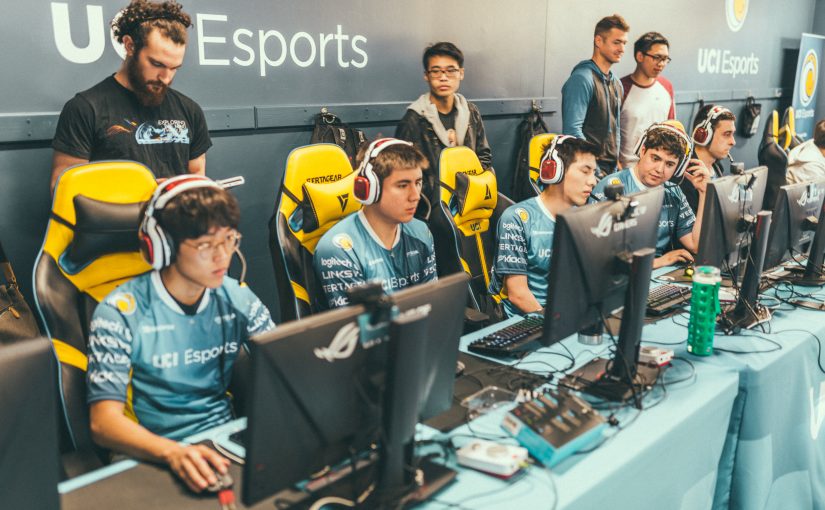 UCI finds themselves as the lone No.1 seed left in the League of Legends regional finals. (Photo courtesy of UCI)

We’re down to the final round of the College League of Legends Regional Finals in the North, South, East, and West Conferences. The winners will advance to the 2019 College Championship, while the losers will get another opportunity to qualify in the Play-Ins. Check out our preview below as the teams take their next step for qualification to the 2019 League of Legends College Championship.

Both teams were in control of their semifinal matches. Maryville dropped the first game to Miami University before rounding into form late in game two to win games three and four handily. Case Western Reserve never challenged Columbia College in their 3-0 series win.

Columbia College took down the 2-0 win when the teams met in the regular season. Game one was very closely contested, with Columbia College taking 34 minutes before they could close it out. Game two was not close, as Columbia College held Maryville without an objective in their 26-minute win.

All signs point to Columbia College being the stronger team in 2019, but remember what happened in 2018. Columbia College beat Maryville 2-0 in the final week of the regular season, only for Maryville to regroup and win the rematch to take the North Conference. It doesn’t seem like Maryville is making a roster change this time, though, so they must find another gear as a team to knock off Columbia College.

NC State demolished their rematch with Virginia Tech in the semifinals. ShadowVisions clearly won our key matchup, finishing a combined 15/5/26 across the series on Taliyah and Ahri. NC State needed no more than 25 minutes to close out their three wins.

UT Austin dropped game one against George Mason University before crushing the rest of the series. They held the George Mason solo laners in check in game two by picking more lane dominant champions like Jayce and Sylas. The game three result should frighten NC State and any team to play UT Austin again this season. UT Austin stomped their way to a 15-minute victory, recording 17-kills-to-2.

The teams did not meet during the regular season, so there’s no history there to go off. We think George Mason is a better team than Virginia Tech, though, and UT Austin beat them twice while NC State went 1-1 overall against Virginia Tech.

Both teams pulled off upsets in the semifinals in what has consistently been the most competitive region from top to bottom. Western Ontario prevailed 3-1 over heavy favorites Harrisburg University by setting the tone early in a 23-minute game one stomp. Shorthop and Blazed Nova dominated bot lane throughout the series, and Julius won his key jungle matchup against ShorterACE.

Waterloo had to go all five games to beat previously undefeated Stony Brook to advance to the Finals. They key to their matchup relied on Shawner, Lyo, and co. shutting down Lucina top lane. Lucina finished a combined 19/4/10 in the two wins, compared to 4/15/3 in the three losses, including a 0/5/0 score on Vladimir in game five.

Though they did not meet in the regular season, each team won in the semifinals against the team that beat their opponent during the regular season. Western Ontario lost 2-0 to Stony Brook, while Waterloo lost 2-1 to Harrisburg. Western Ontario has the experience of qualifying for the 2018 College Championship, and that experience might just be the difference in the series.

UC Irvine has not had to play a game yet in the North playoffs. They earned a bye in the quarterfinals as the one seed in a region where only seven teams qualified to make the playoffs. UC Berkeley were then unable to field a lineup in the semifinals, giving UC Irvine another automatic win. Though they were heavy favorites anyway, it might have been nice for them to get some reps in for the big games.

The two teams met in the regular season with UC Irvine taking the series 2-0. UC Irvine dominated game 1, but California State Polytechnic put up a great fight in game two. UC Irvine only finished with one more kill than California State Polytechnic and took 36 minutes before they closed it out. Still, the reigning College Champions are heavy favorites to win here and advance back to the College Championship.