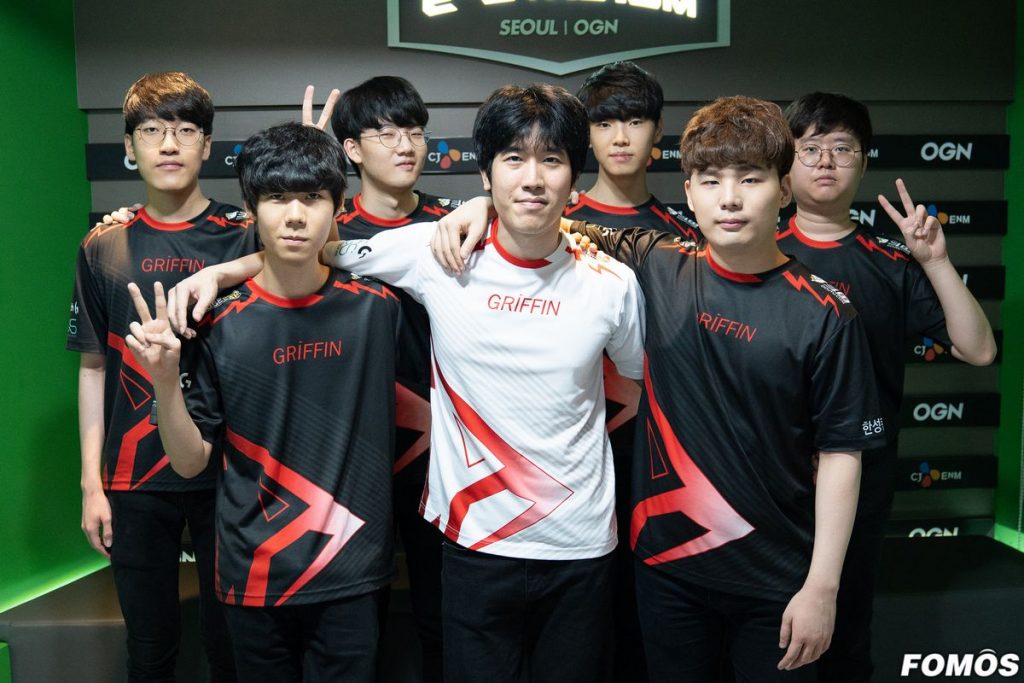 Griffin is parting ways with a coach right before the League of Legends Worlds. (Image via FOMOS KR)

Hello. This is Team Griffin.

For Griffin's new journey, the contract with coach Kim Dae-Ho (cvMax) has ended with mutual agreement. We sincerely thank coach cvMax for his time with Team Griffin. Thank you. pic.twitter.com/FVR1RiOxF6

As a team, Griffin are relatively new to the Korean LoL scene. They promoted to the LCK in Summer 2018 and went on to place second in the split. In the ensuing playoff gauntlet, Griffin came so close to winning the split and walking the “Royal Road” by going from rookies to champions. However, they fell in the tiebreaker game five to KT Rolster.

This loss coupled with a loss in the regional gauntlet to Gen.G gatekept Griffin from the World Championship. They would have to wait another full year for the chance at an international event. After placing first in both 2019 splits, Griffin would suffer two more losses in Grand Finals to SK Telecom T1. This year however, they had enough championship points to qualify for Worlds 2019 as the second seed.

Unfortunately, the loss of their head coach doesn’t bode well for their chances in October. Griffin have stated the split was mutual, but cvMax came forward on stream saying he was terminated due to poor performance. While three second-place finishes in a row is certainly disappointing, Griffin are now in a rush to find a new coach in just two weeks who can lead them to the success they desire.