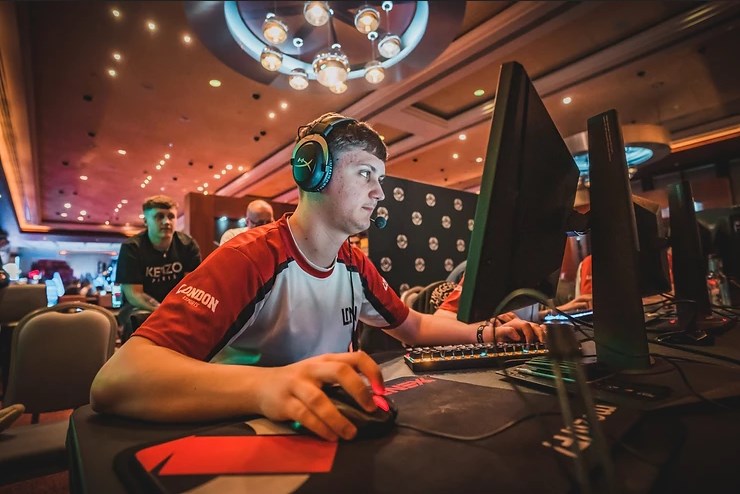 Cloud9 have signed mezii to their new CS:GO roster, joining ALEX on their new squad (Image via EpicLan)

Cloud9 have announced the second player who will be joining their rebuilding roster. William “mezii” Merriman has been picked up from Team GamerLegion and will play alongside Alex “ALEX” McMeekin.

According to a Tweet from HenryG, the 21-year-old Brit was acquired for $83,000 and will have a three-year contract worth a total of $426,000. His role has also been defined as a Support/Closer rifler. In general, this means mezii will be more of an anchor for the eventual star players and entry fraggers on the roster.

Although his contract is official as of today, mezii will be finishing September with GamerLegion in the ESEA Mountain Dew League. Mezii was signed to GamerLegion for just two months before Cloud9 approached him. Before that, mezii had only played within the UK scene.

Now, he has been thrust into the forefront of the Counter-Strike world. In an extended interview with Rush B, mezii says:

“It’s quite surreal, especially from the UK, there’s not a lot of players that get the recognition… You can count on one hand how many people actually kind of made it… I still don’t think it’s kind of kicked in, so I think when we finally get playing and practicing and stuff, I think it will finally kick in then.”

Mezii will certainly have a big role to fulfill on this Cloud9 roster. Although he might not come off as a true carry player, his development as a reliable support and anchor will be integral to the squad’s overall success. Still, the rest of the roster needs to be finalized before any meaningful improvement can take place. HenryG has also teased another announcement coming later tonight, potentially a third player.

Y'all keep running your mouths about me over-hyping this team. It's fine, I can take it.

Got another little trick up my sleeve for later this evening.

Will be serving up some delicious humble pie for desert 🥧