Cloud9 Returns to Dota with Some Familiar Faces 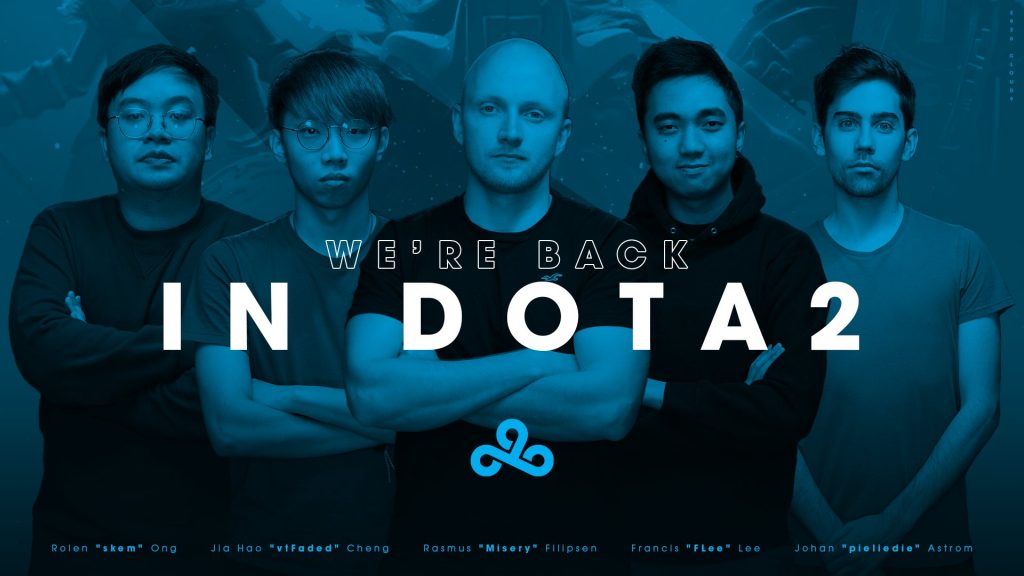 Cloud9 has announced it’s return to the world of competitive Dota 2, revealing the new roster in a series of posts. This marks the North American organization’s first foray into Dota since a disappointing finish at TI7 and subsequent disbandment.

After 2 years, #C9DOTA comes off of cooldown as we rejoin competitive @DOTA2!

The news was first teased on Sunday as the team posted a cryptic reference to a famous Dota 2 meme on their official Twitter page.

Following this, the team’s social media continued to flirt with the idea that the team would be returning to the scene before the official announcement was revealed today.

The new roster consists of the following players:

Keen-eyed Dota fans will notice several familiar faces from C9 rosters of old. Pieliedie was the most recent member of the team, having been part of the TI7 roster which was disbanded in August 2017. MISERY also played for the team in 2015 before moving to Team Secret, joining the aforementioned pieliedie.

In the announcement’s accompanying blog post, Jack Etienne, Cloud9’s founder and CEO, discussed the team’s return to Dota 2: “Ever since departing the Dota 2 space in 2017 we’ve been keeping an eye on finding the best time to re-enter and I’m glad to say it’s finally arrived. These players have had success across the world and everyone here is looking forward to what they’ll do as a team.”

Cloud9’s senior general manager, Gaylen Malone, also weighed in: “Dota 2 continues to be a phenomenon, consistently putting on some of the greatest moments esports has to offer, and we couldn’t be more excited to be a part of that once again. With Noukky at the helm, and faces both familiar and new, Cloud9 is ready to make waves.”

The team reports that it will initially be competing in Southeast Asia, where the lineup’s carries, vtFαded and Skemberlu, are currently based. In the future, Cloud9 will compete in the North American region. Full details of the roster reveal, as well as additional info is available on C9’s official website.