Cloud9, MiBR Live to Die Another Day in Flashpoint 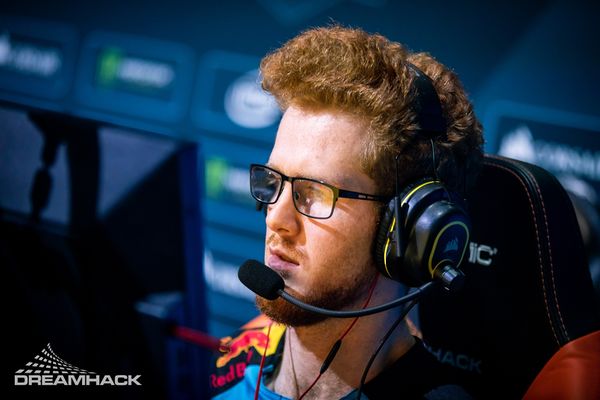 Cloud9 are the first to advance to a group final in Flashpoint. (Photo courtesy DreamHack)

After a slight hitch surrounding California’s current lockdown and the ongoing coronavirus pandemic, the first phase of Flashpoint is back in action.

The tournament, which had transitioned to online play on Tuesday, resumed Friday with an upper and lower bracket match. In Group B, MiBR went toe-to-toe against Envy to stay alive in Phase 1 of the event. As for Group C, the old guards, better known as Dignitas, took on Cloud9 in a showing loaded with highlight-worthy plays.

MiBR would draw Envy in the Lower Bracket where both sides were forced quarrel for survival in Group B. Unsurprisingly, the Brazilians elected Overpass as their map pick – a decision that would prove fruitful in game one. For Envy, all eyes were on Mirage when it came to fending off the group of several Major-bearers.

Matters got off on a blazing start with a fiery pistol 4k by the new blood, Ignacio “meyern” Meyer, in the opening round. The South American mixture did not slow up either as they secured 12 rounds in the first half on Overpass. As MiBR crossed over the T-side, there wasn’t much room for Envy to fight back, and game one would end in the 24th round with a 16-6 scoreline.

You could say the pipedream of Envy bouncing back from their game one thrashing was all but a ‘Mirage’ as the two got things started on the second map. The North Americans began on the T-side yet again, a favorable starting position for Mirage, but one that did not yield the results they hoped for. MiBR put up a defense fortified enough to weather the craziest of storms, and as it showed, Envy’s offense was nothing but a light breeze. While Fernando “fer” Alvarenga was the star of the first map, the team’s in-game leader and perhaps emotional leader Gabriel “FalleN” Toledo exhibited his dominance with 25 kills and 153.4 ADR.

In the end, MiBR managed to best Envy in the first half, leaving them winded and dispirited as the Brazilians strolled across the finish line in a 16-3 win.

The best-of-three will show Envy the exit in Phase 1 of Flashpoint, while MiBR will live to die another day, awaiting the loser of the Chaos and Gen.G bout in the Lower Bracket Final.

After earning respective victories in the opening matches of Flashpoint Group C, Cloud9 and Dignitas would take to the virtual stage to play against one another in the Upper Bracket Final.

At face value, the clash could have only been described as the old school versus the new wave. Dignitas fielding most of the former Ninjas in Pyjamas roster while Cloud9 had curated a number of young talent to get the organization back to its winning ways. It was a set with an added bit of excitement in who would come out on top. Cloud9 opted to play Train first during the veto while Dignitas doubled down on Vertigo. Inferno was left standing as the third map, if competition made it that far.

Cloud9 got off on the right foot on Train… well, sort of. After winning the pistol, C9 turned over the following five rounds to Dignitas, putting them at a deficit that should have been avoided. The Swedes put up a good fight on the ropes to bring them to that 5-1 scoreline, but Johnny “JT” Theodosiou and company would have other plans for the direction their match would head in. As the scores narrowed, efforts got a bit more zealous within the server. During the 13th round, Aran “Sonic” Groesbeek would ink a solid 3k to his name with the Krieg to put Cloud9 in the lead.

The back-and-forth feud continued in the second half – this time with Dignitas putting on pressure in the pistol. Unlike Cloud9, the former-NiP collective was able to convert the next few rounds to bring them back into the lead. Seven rounds of smooth operations was all it took for Cloud9 to seal the deal on Train; each of them earned subsequently as the group moved a bit more comfortably onto Vertigo with a 16-11 win.

While Vertigo appeared in the series pool by means of Dignitas’ map pick, Cloud9 didn’t look too flustered playing on the skyscraper warzone. In fact, they looked pretty damn good. In the first half, you could tell Dignitas had some tricks up their sleeves – working peeks and executes in tandem with plenty of flair. For Cloud9, the quintet maintained a cool and collected position throughout as they relied on Counter-Strike fundamentals and sharp reaction speeds to gain them the edge on the second map.

Ian “motm” Hardy took one of the first highlights of the map – picking up 4 kills during his B bombsite defensive campaign. The pair kept the map close and entertaining in the first half, with no real indication of who would surface as the winner. Cloud9 led by one round as they took to the T-side of Vertigo. The first 15 rounds staged the potential for a photo finish at the end, but it was far from the case. Cloud9 was swift and decisive, breaking up nearly all of Dignitas’ defensive setups and outsmarting them in post-plant scenarios. Young talent Josh “oSee” Ohm put up a great showing for the team, recording a 1.69 rating on the map and helping Cloud9 overcome their opposition 2-0 in the series.

Cloud9 will advance to the Flashpoint Grand Final of Group C to battle one of FunPlus Phoenix, Orgless, or Dignitas on March 24th.