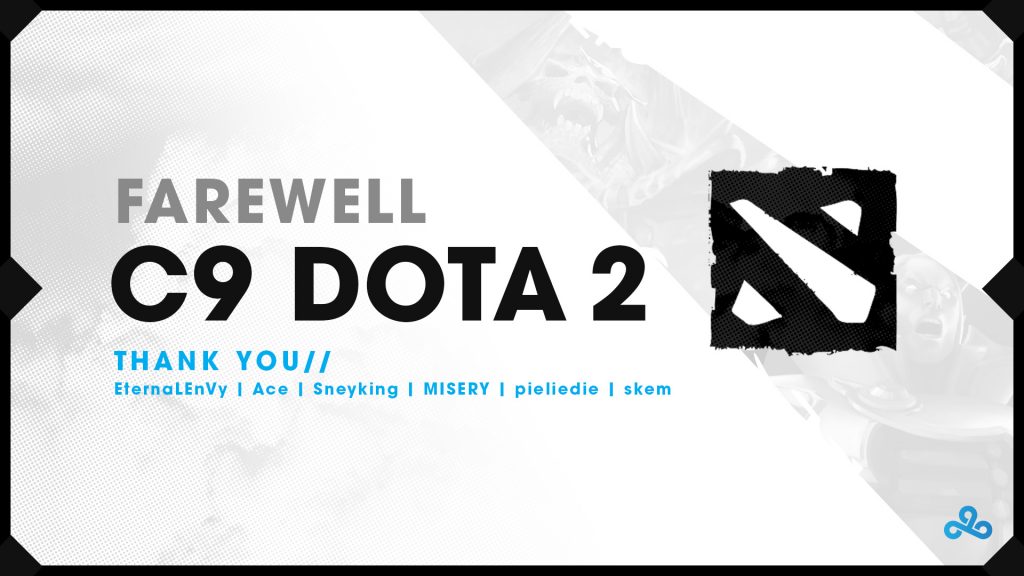 North American esports organization Cloud9 has announced its departure from competitive Dota 2 just under three months after it’s return to the scene. The news was announced on Cloud9’s official Twitter page, with an accompanying post on their website.

Today Cloud9 steps back from Dota 2.

We thank all members of the team for their efforts as part of #C9DOTA and wish them the best of luck!
📰 Read More: https://t.co/T4c4oSxZ7m pic.twitter.com/8pbMDM0MvI

In the statement, Cloud9 thanked fans and their now former players, explaining that all members are now available to be signed by other organizations.

Ysabel Noukky Müller, the team manager added: “It was great working with these players and I want to thank them for being professional throughout and buying into our vision and company values. We’re confident that success will follow them as their careers progress.”

Cloud9’s new roster was first announced on January 29th, unveiling the lineup of Rolen Andrei Gabriel “Skem” Ong, Cheng “vtFαded” Jia Hao, Rasmus “MISERY” Filipsen, Francis “FrancisLee” Lee, Johan “pieliedie” Åström. In a now deleted blog post, C9 explained that it had been waiting for the best time to reenter Dota, which was described as a “phenomenon” and explained that they “couldn’t be more excited to be a part of that once again.”

After 2 years, #C9DOTA comes off of cooldown as we rejoin competitive @DOTA2!