Closer: “It Feels Good to Beat a Strong Team” 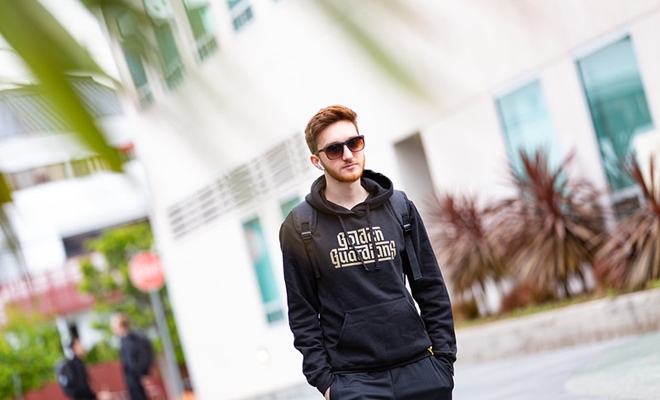 Now that they’ve defeated TSM, Closer and the Golden Guardians are one best-of-five away from qualifying for Worlds. (Photo courtesy Riot Games)

Can “Closer” Çelik became a hot commodity after his standout performance at Worlds 2019 with Royal Youth, and for good reason. After coming to North America to join the Golden Guardians, Closer has led the org to two playoff runs, a seemingly unprecedented 5th place finish, and now, to their first ever playoff victory following a 3-0 sweep against TSM.

Following the win, we spoke with Closer after the match to discuss his friendly rivalry with Sergen “Broken Blade” Çelik, how the team prepared to take down TSM, and what makes Golden Guardians a contender for the championship.

Hotspawn: Congrats on the decisive win today! Did you guys expect it to be so easy?

Hotspawn: You’ve spoken a lot about your close relationship with Broken Blade and how whoever wins against the other gets bragging rights. This is your first win against him in NA, have any words for him?

Closer: [Laughs] Ever since I came to LCS, I’ve always lost against Broken Blade so I was looking for revenge so this win felt really good because it was in playoffs. TSM were favorites coming into the series, but we knew that we’re better than them and we’re good players. Everyone played really good and we showed everyone that we’re a strong team.

Hotspawn: What were the emotions like after the win? It’s the first franchise playoff win for Golden Guardians.

Closer: We felt amazing. Even though we knew that we’re good, we were struggling to play on stage, we were playing scared and playing really weird. But in the end, especially in the third game, we played really clean and we won without many mistakes so it definitely feels really good to beat a strong team like this. This is gonna be our first step, and I hope we’ll continue like this for playoffs.

Hotspawn: Okay, so about the first game then. It looked like TSM had a decent bit of control for the first bit of game one, but after the pause it’s like you guys flipped a switch and they looked lost.  How did you guys reorient yourselves to realize that you weren’t that behind and could win?

Closer: We definitely knew that we weren’t that behind because we had Ziggs and we knew that their carries were gonna struggle against our comp, so we weren’t worried. We definitely weren’t playing our top form, though. We were doing some mistakes that shouldn’t happen. We kind of fixed it game three, maybe it was a bit too late [laughs], but we were 2-0 up so it felt really good.

Hotspawn: You said this wasn’t your top form. If you could rank the power level of this current rendition of Golden Guardians out of 10, where would you put the team? Are you saying that this was only a small percentage of your strength?

Closer: [Laughs] Nah, not like that. I’m not sure. TSM were beating everyone lately. They beat C9, and they lost against TL but they were almost winning the game. TSM is this really strong team, but I think we’re definitely in the running for winning the LCS. I think we can do it. I’m not sure about our strength, but I’d say that was about 70% or 80%, but we can definitely get better. Especially because we only had three days to play on and prepare for the new patch. I’m pretty sure we’re going to be better.

Hotspawn: I wanna ask you about the patch, too. Ziggs obviously got buffed, but it felt like you guys were the only team on the rift that recognized the strength of the pick and you even got two wins with it. Do you think TSM underestimated the Ziggs or had a bad understanding of the patch?

Closer: We didn’t really think about it that much, but the coaching staff and players really knew what TSM was going to do and how they wanted to play the game. Basically we focused Søren “Bjergsen” Bjerg in our bans; it was kind of obvious. And I think we played around our mid lane and bot lane more and it was a pretty easy game after we did those steps.

Hotspawn: Can you break down the game-winning triple teleport play from game two? Who made the call? What were the comms like?

Closer: I think Tanner “Damonte” Damonte said it. People were like “we’re gonna win the next fight, it’ll be easy,” but Tanner said we can look to backdoor. When he said it, everyone said okay and Choi “Huhi” Jae-hyun said he’d go ward and prepare. After that we were going to look for the triple TP and me and Huhi were trying to cancel their bases. They didn’t even see what was coming for them [laughs]. It was planned, Huhi dropped that ward in their base earlier.

Hotspawn: Now there was a lot of criticism around draft from both sides on social media during the game. Some of it was around picking Mordekaiser, but most of it was around TSM’s draft. Can you break down how you guys wanted to draft for this game?

Closer: They were playing top lane heavily. I don’t know if there was criticism around Mordekaiser, but thank god Kevin “Hauntzer” Yarnell picked Mordekaiser. He basically carried that game and he played really well. [Laughs] Yeah, Kevin really solo-carried that game. 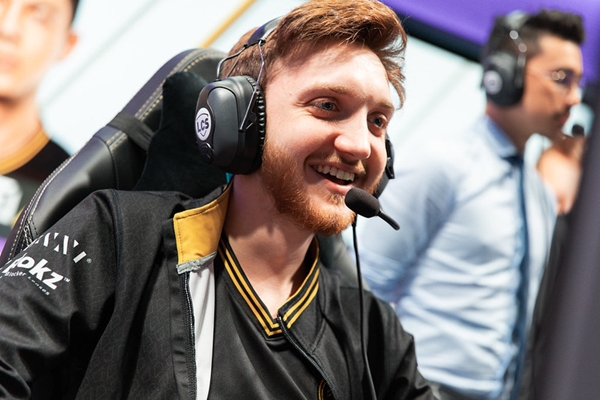 Prior to their sweep against TSM, Closer’s all-time record against Broken Blade was 0-4. (Photo courtesy Riot Games)

Hotspawn: What did you think about the matchup against Lu “Spica” Ming-yi? Aside from Bjergsen, he was looking like one of the only other standout players from TSM.

Closer: I think first game I made a mistake with my pathing and I got punished for that. I wasn’t really ahead in the first game, but after that game I saw my mistake. I think second game I was fine, and third game I didn’t feel any pressure even though Nidalee is supposed to be a counter to Graves; I was pretty happy and up in CS. He definitely played good, though. Everyone was saying that he was going to be the worst member. He didn’t play bad I think.

Hotspawn: Looking ahead, you’ll play against either C9 or TL. Who do you think you’ll be playing?

Closer: We don’t really care, we’ll see. I think TL is choosing [laughs], so if they’re not scared of us they’ll probably choose us and we’ll show them who’s better. If we get matched against C9… in week eight we played against them and we won. I think we’re a really good team and improving, but they are definitely a top tier team as well, so it’s going to be a good match if we end up playing Cloud9.

Hotspawn: If you win that next best-of-five, you qualify for Worlds. Assuming you win and you do qualify, are you excited to meet any specific teams or players at Worlds?

Closer: Well, when we play LCS, we don’t really care about our opponents as much. We’re looking to improve every day and I think coaching staff and players are preparing well and I’m sure we’ll prepare well for whoever will be our opponents. We’ll see. I’m excited for Worlds if we can make it.

Hotspawn: Have you been studying any international junglers lately that you hope to play against?

Closer: I want to match up against all of them. When I first came here, I was an underdog. I came from Turkey and nobody really expected me to be good and play against these big names and MVP players. I think so far, I’ve done a good job, so I want to prove myself internationally as well at Worlds. I went to Worlds once, but I think right now I’m better and if I get to Worlds again I can show more.

Hotspawn: Last question then. If you had to give an MVP of the day award to any of your teammates, who gets it?

Closer: I would give it to my bot lane. I think they definitely played better than the enemy bot lane.

Golden Guardians’ next playoff match will be on either August 20 or August 21 against either Team Liquid or Cloud9, depending on Team Liquid’s team choice.