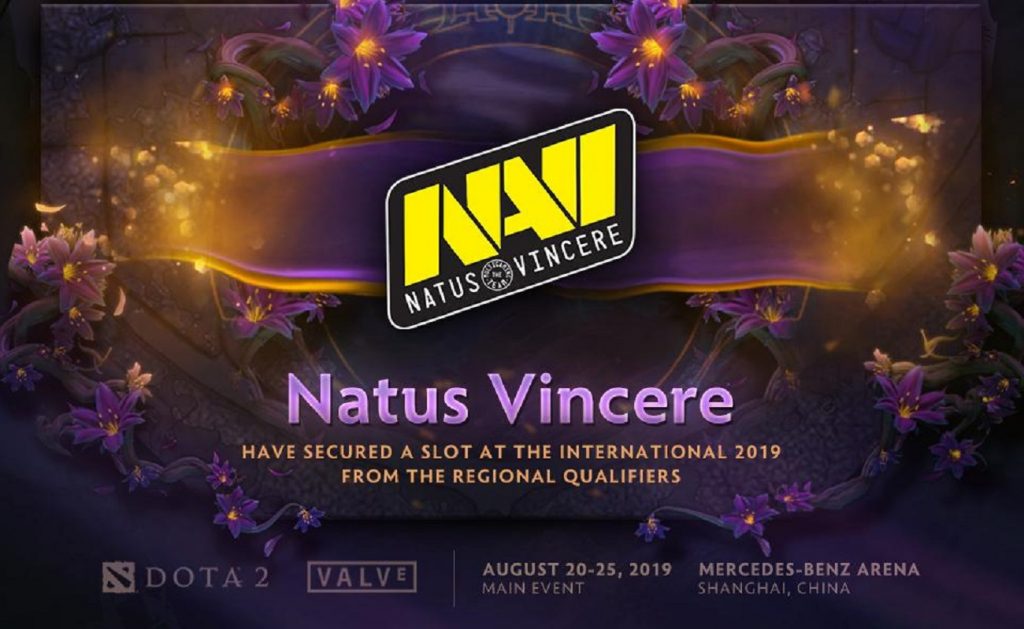 How did we get here though? Through Vega Squadron (twice), Team Empire and ultimately, Winstrike Team. Let’s take a gander at Natus Vincere’s journey through the CIS Qualifier.

Natus Vincere had to meet the kings of the group stage, Vega Squadron, in their first playoff series. Vega went 7-0 in the groups and looked quite strong heading into this best-of-three. After two games that went nearly an hour each, Vega took the win in the third, sending NaVi down into the lower bracket.

Once a competitive staple of the CIS scene, Team Empire’s had a rough year. The same could be said, of course, for NaVi (or Vega, for that matter). Trying to turn the ship around at the last moment, Empire came into the TI9 CIS Qualifier with a roster change. It saw them through the group stage, but playoff success was not to be for Empire.

The best-of-three was faster than NaVi’s series earlier versus Vega Squadron. It went the full three games, but they were half as long. NaVi claimed the third game in determined fashion, with a more than 20K net worth advantage by 25 minutes. Empire had to tap out shortly thereafter.

Vega Squadron dropped down to the lower bracket after losing the upper final to Winstrike Team, setting up the Natus Vincere-Vega Squadron rematch. Given that Vega had beaten NaVi both times they met in the Qualifier so far, it would have been fair to be skeptical about NaVi’s chances.

Vega took the first game, which was probably the closest game of the whole series. The net worth advantage was no more than 5K for either team until the very end of the game. It turned out to be the wrong moment for NaVi to draft Techies for Bakyt “Zayac” Emilzhanov – also the only Techies game in any of the qualifiers so far.

The second game went to NaVi after they picked off Juggernaut at the 19-minute mark and then grabbed Doom and Grimstroke in a separate engagement. It turned the game around for NaVi, allowing them to take down the mid lane tier one tower, and opening up the map for them. These were small moments in the game, no flashy team fights to punctuate them, but they turned the momentum in NaVi’s favor and set them on a course to win the game.

NaVi came back in game three to dominate – no more fooling around. They took the lead during the laning stage and never let it go. Vladislav “Crystallize” Krystanek proved that Wraith King is viable after having gone 3/6/10 in game one. He played the hero again in this game three and went 11/1/17 alongside Idan “MagicaL” Vardanian’s Sniper who went 11/1/15.

Dropping out in third place is a disappointment for Vega. Their impressive turnout in the CIS Qualifier was a welcome surprise, so to have them fizzle so close to the end was a letdown for fans, as we’re sure it was for the players themselves.

Natus Vincere completed the full tour of CIS teams when they headed to the grand finals to face Winstrike Team. Not only did they face each team for a single match apiece in the Round Robin, but they re-met every team who made it through to the playoffs. An impressive feat and/or doing things the hard way?

The series went 3-0 for Natus Vincere, despite the first and third game swinging in Winstrike’s favor early on. Perhaps the longer time NaVi’s players have been together on a roster gave them the determination to hold on until they could turn things around?

The last game saw Crystallize and MagicaL on the Wraith King-Sniper pairing again. NaVi didn’t dominate through the laning phase as they had versus Vega (the second time). In fact, Winstrike were up a solid 6K net worth through the mid-game. MagicaL’s Sniper was looking fairly ineffective at this point. However, NaVi were able to turn it around at the 35-minute mark, by taking a team fight when Winstrike overextended into the Radiant top jungle. Evgeniy “Blizzy” Ree was able to shine on the Dark Seer in this match.

Natus Vincere will represent the CIS region at TI9 in August. As an organization with a strong legacy in Dota 2, qualifying for the event with a rejuvenated roster underlines NaVi as a pillar of the professional scene. How competitive they will be at The International is a question to consider once the celebration dies down.