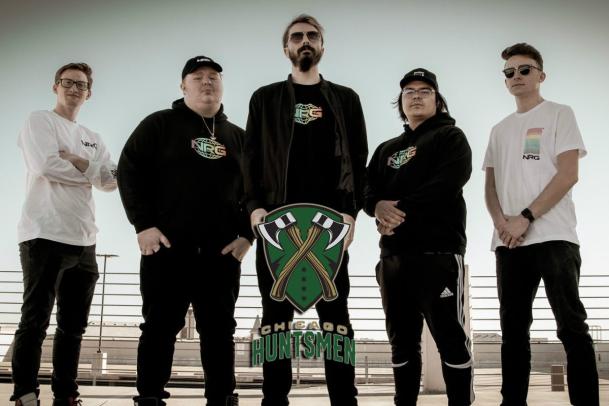 The inaugural season of the Call of Duty League got underway Friday and despite some production hiccups, the first match against the Chicago Huntsmen and Dallas Empire produced fireworks as heated rivalries took front and center. It was a match of bad blood – Ian “Crimsix” Porter vs. Matthew “FormaL” Piper and Seth “Scump” Abner. Both sides wanting to overcome their past as teammates and prove who are truly the best in Call of Duty history.

This match between the Chicago Huntsmen and Dallas Empire would set the tone for the CDL going forward. After an electric start for the Huntemen on Hardpoint, the Empire bounced back with a resounding 6-1 win in Search & Destroy. The Huntsmen came back in the third map with a 50-point win on Domination led by a strong performance from FormaL who went on a ten-kill streak. Chicago sealed the victory with another Hardpoint victory where Dallas never looked up-to-par despite being touted as one of – if not the best – teams in the league.

The match crescendo-ed with a few choice words thrown towards Dallas from Scump, FormaL and the rest of the Chicago Huntsmen. The passion was palpable and the bad blood could clearly be seen in what is possibly a glimpse of a future Chicago/Dallas rivalry moving forward in the league.

There were stand out players for both CDL teams as Cuyler “Huke” Garland, an under-the-radar player for the Empire, had some impressive moments despite the team showing poorly. For the Huntsmen, reigning world-champion Alec “Arcitys” Sanderson went off in the match as well as in the post-match interview. On a team with some of the most iconic players in history, Arcitys’ performance sets the tone for Chicago and shows off the talent within their roster.

Unfortunately, not everyone had a good performance during the league’s debut match. The Dallas rookies Indervir “iLLeY” Dhaliwal and Anthony “Shotzzy” Cuevas-Castro under performed despite the immense amount of potential both of them have. Shotzzy was especially disappointing was possibly the biggest factor in the Empire’s woes.

Lettin’ em’ know! 👀@Huntsmen win the first series in the Call of Duty League with the 3-1 over @DallasEmpire! #BeTheHunter #CDL2020 pic.twitter.com/guQm2sg5Gr

There is still a long season ahead and it’s reasonable to assume the Dallas Empire will bounce back moving forward as they have a talented team that can compete with the best at any moment. For now, though, the Chicago Huntsmen look really good at the beginning this new league with some insane talent and a chip on their shoulders. This match was a look into a new rivalry brewing in the CDL as former teammates want to prove who is the best of them and the emotions shown set the tone for the new league as the CoD scene has some of the biggest personalities around.