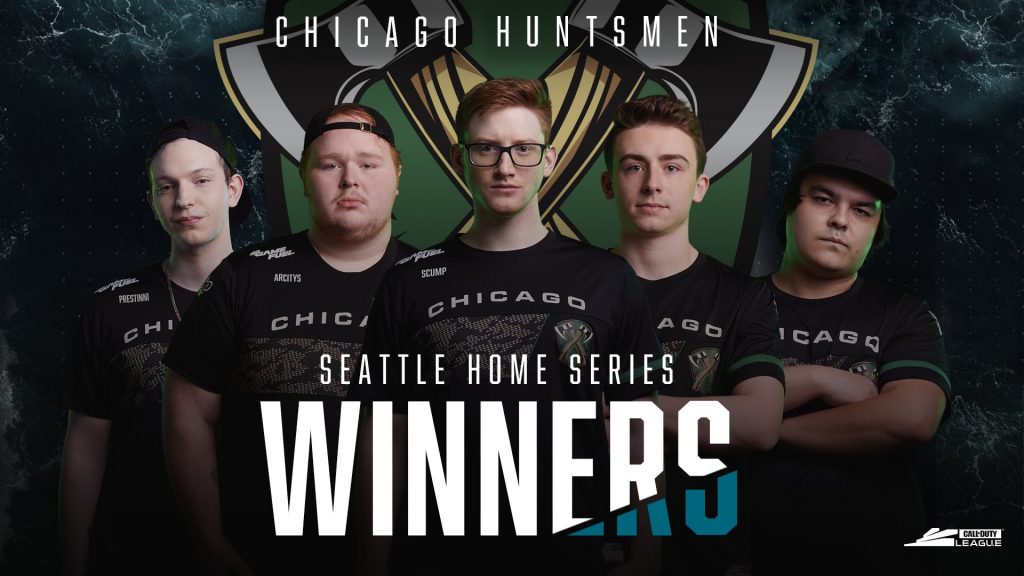 The Chicago Huntsmen beat the London Royal Ravens in the Grand Finals of the Seattle Surge Home Series on Sunday. This marks the team’s second home series victory of the season and their return to the number spot in the league.

The Chicago Huntsmen were expected to go far this weekend and did not disappoint.

Chicago recently signed Prestinni who was riding the bench for the Florida Mutineers and was ready for another spot on the mainstage. Prestinni joined his twin brother Arcitys on Chicago’s starting lineup and was ready to prove himself.

Prestinni struggled in the first couple of matches against the Paris Legion but eventually found his form. Chicago managed to beat Paris in a 3-1 series and continued to dominate Minnesota in their second series of the weekend.

Minnesota had a rough time throughout the weekend and were unable to win a single map against Chicago or OpTic Gaming Los Angeles.

Chicago met the New York Subliners in the semi finals who had fought their way out of the loser’s bracket and beat the Los Angeles Guerillas 3-1. The Subliners may be showing improvements but were unable to keep up with Chicago and lost the series 3-1.

The Chicago Huntsmen finished off the home series with a 3-1 victory against the London Royal Ravens who kept the matches close but could not finish the job. Chicago is back to their number one position in the league and still performed well despite their recent roster changes.

The Seattle Surge made history at their home series event, but not in the way most fans expected.

The roster shuffle did not pay off, unfortunately, as Seattle lost the Search and Destroy match 6-4. Seattle managed to win Gun Runner Domination but ultimately lost the series 3-1.

Seattle took things one step further by benching Enable on Saturday in their match against the Los Angeles Guerrillas.

I will not be playing today👍🏻

Seattle was knocked out of the home series by the Los Angeles Guerillas which brought an end to their underwhelming performance. It is unclear if Enable will continue to be switched out for Pandur, but fans will find out at the Minnesota Rokkr Home Series.

The London Royal Ravens made their first Grand Finals appearance at the Seattle Surge Home Series and showed signs of improvement throughout the weekend.

London has had a rough season so far, but the team recently signed Zer0 who transferred from the New York Subliners. London won a close 3-2 series against the Los Angeles Guerillas which brought them head to head with Zer0’s former team in the second round.

New York had little chance against the European team and lost the series 3-0. London moved on to the semifinals where they beat OpTic Gaming Los Angeles in another close 3-2 series which secured their spot in the grand finals.

The Chicago Huntsmen cut their hot streak short unfortunately, but the London Royal Ravens had a solid weekend and show signs of turning the season around.

Signs of life in Los Angeles

OpTic Gaming Los Angeles continued to perform better and made it to the semifinals before being eliminated by the London Royal Ravens. They did beat the Paris Legion and Minnesota Rokkr, however, which allowed them to move up one spot in the standings and continue to redeem themselves.

The Los Angeles Guerillas were able to beat the Seattle Surge in a 3-1 series but were knocked out by the New York Subliners. The Guerrillas did win 2 maps against the London Royal Ravens, however, and kept the score relatively close in two out of three of the maps they lost.

The Los Angeles Guerrillas are still in last place in the league, but they are only ten points behind Seattle and Toronto. 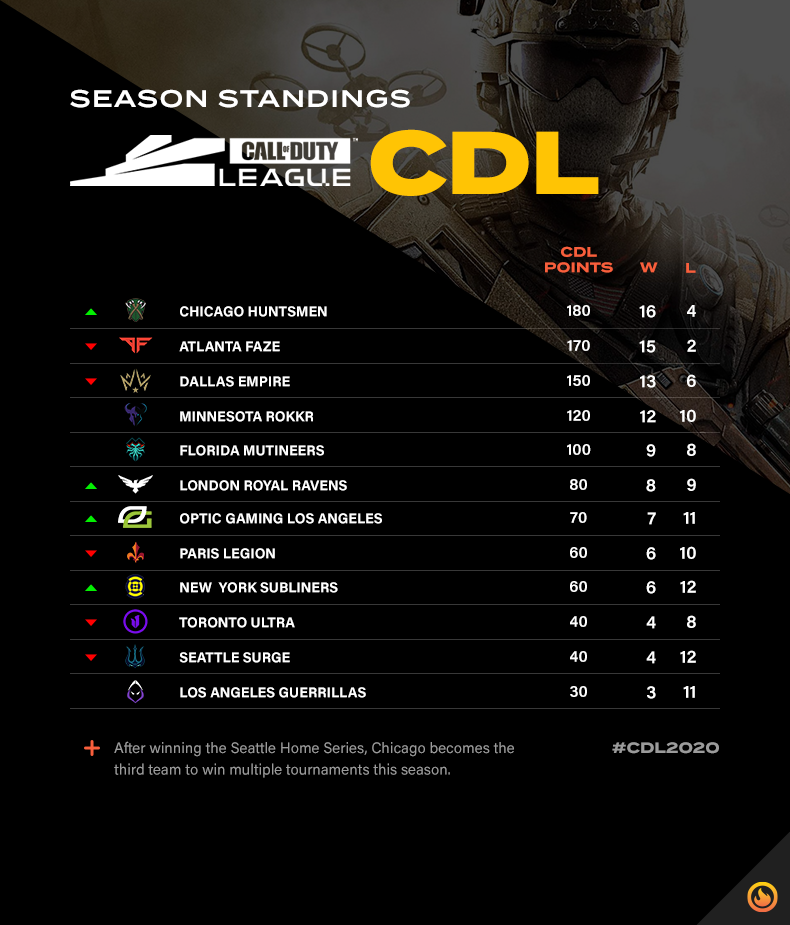 The Chicago Huntsmen moved back into first place ahead of Atlanta and Dallas. London’s strong performance moved them up to sixth place, and the New York Subliners are now tied with the Paris Legion for eighth place.