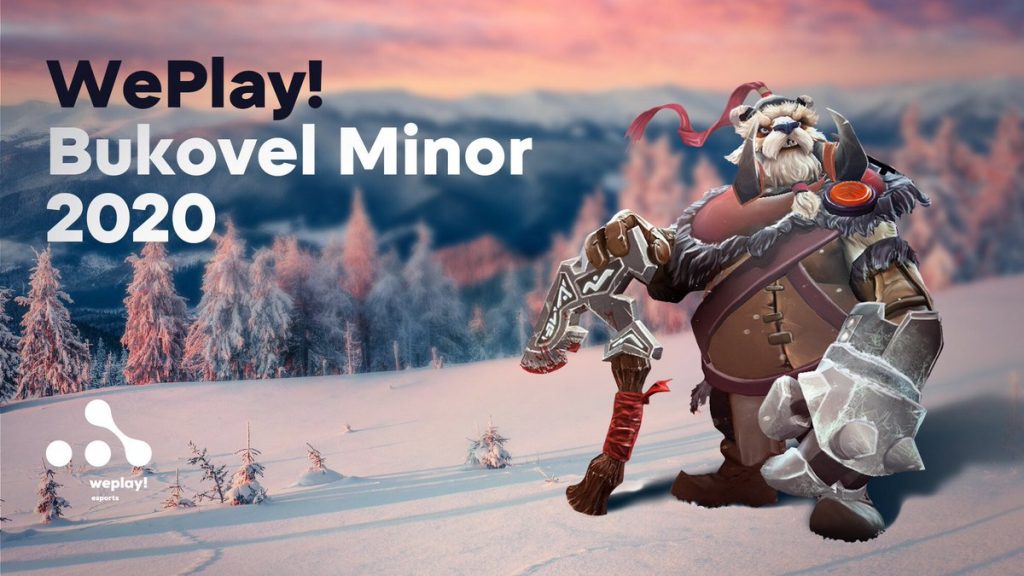 We're just days away. It's time to get excited for the WePlay! Bukovel Minor (Image via WePlay!)

The WePlay! Bukovel Minor is so close to starting you can practically taste it. And to sate your appetite a little before the action kicks off, WePlay! have released the tournament schedule in a tweet.

Our winter WePlay! #BukovelMinor 2020 fairy tale is just around the corner, and now we'll talk about the matchups in the first round of the Group Stage.

The tournament pre-show is set to kick off this Thursday, January 9 at 9:00 local time (GMT+2), 8:00 CET. After this introduction, we’re treated to our first match of the day: Group A’s Ninjas In Pyjamas vs. Geek Fam at 10:00, followed by Team Spirit taking on Royal Never Give Up at 13:00.

Group B stars later in the afternoon at 16:00, with the Fighting PandaS facing off against Nigma, while Gambit Esports and FURIA Esports follow up at 19:00. Our first elimination will be from Group B, with that match starting at 22:00.

January 10, starts at the same time as the first day and wraps up groups. Group A Elimination, Winners’ and Decider matches, start things off while the remainder of the Group B action finishes up the day.

As per an earlier post, the playoffs are scheduled for a little bit of a later start. On January 11, we’ll be starting the day off at 14:00, with the two upper bracket semifinals, with a single match from the lower bracket at 18:00, and the Upper Bracket Finals headlining the day from 22:00.

And lastly, January 12 sees the Lower Bracket Finals kicks off from 16:00, and the Grand Finals from 19:00, wrapping everything up nicely on Sunday evening.

All times are in GMT+2 unless otherwise stated, and of course, as is often the case with Dota 2, all times are subject to change. All the action is set to be streamed live from WePlay! ‘s official Twitch channel, and if you miss anything, stay tuned to Hotspawn, where we’ll be bringing you coverage of the event.