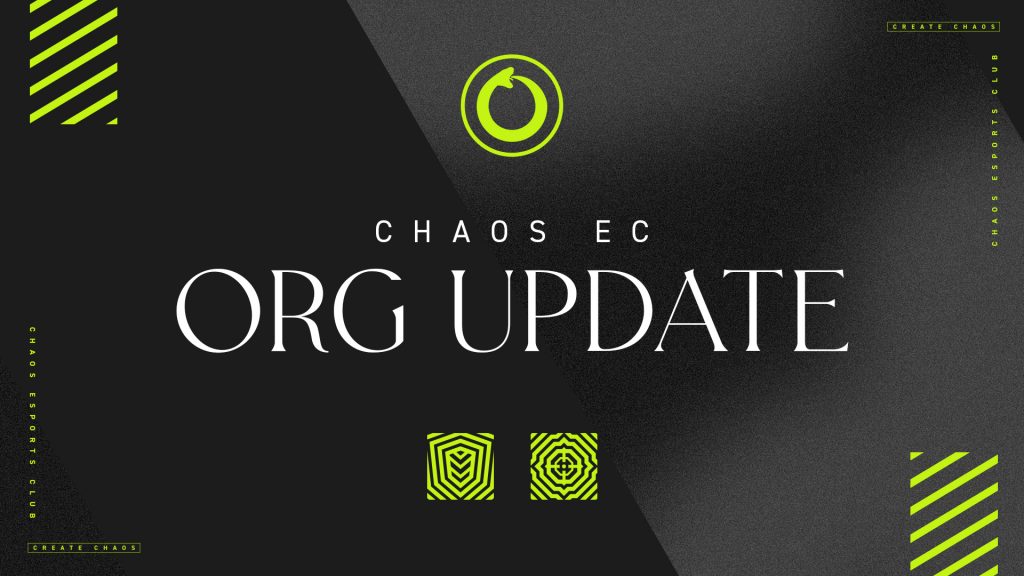 Chaos E.C. announces it is dropping its esports teams in R6 and CS:GO as they look to shift priorities because of COVID-19. (Photo courtesy Chaos Esports)

Chaos Esports Club, a North American esports organization, has announced they are stepping back from their competitive esports scenes due to the cost of COVID-19. The organization will drop their CS:GO and Rainbow Six roster at the end of the year, moving into a content creation role for 2021.

Due to the ongoing impacts of COVID-19, our ability to support our rosters and incredible players behind them has reached its limit.

Today we sadly confirm the release of our CS:GO roster at the end of the year, while we find a new home for our R6 team.https://t.co/QUUHYQbkZF pic.twitter.com/VQWgRXejU5

Chaos has had quite the year. The organization entered CS:GO at the start of the year, picking up an orgless roster headed by Josh “Steel” Nissan. The team began to grow slowly, picking up international players that accelerated their growth as they entered Flashpoint 1, with some solid chances at winning games. However, the pandemic hit, and the roster was forced to rebuild several times.

Despite the organization facing issue after issue, the team still grew, and are now one of the better teams in North America, recently winning IEM Beijing and advancing to the IEM Global Finals. The rosters appearance at the IEM Global Finals will be the last time that the organization will represent the roster. Despite the sad turn of affairs, the Chaos CS:GO project has succeeded, especially with the downturn of NA CS:GO.

As for their Rainbow Six roster, the team has already had their last showing under the Chaos banner. The roster was recently relegated in the new seasonal format of the European League. With Chaos’ departure from Rainbow Six, the roster will need to find a new organization; otherwise, they can lose their spot in the Nordic League. This is an issue that NA rosters in the game are facing, with ex Tempo Storm and ex eUnited experiencing a similar issue.

The organization is committed to helping their rosters find news homes so they can continue with progressing with their careers in the respective esports. Instead, the organization is going to progress more with streamers and content creation for 2021. Chaos is forced to adapt because of sponsorship revenue going down as live events are non-existent with the pandemic.

Chaos as more to announce as they announce more details on their plans for reshaping their brand in the new year. Anyone interested can keep up to date by following their social media channels.

Counter-Strike: Global Offensive Rainbow Six
Share
Craig Robinson
Craig is passionate about two things: History and Gaming. Whilst at university, Craig focused his degree on history and voluntarily wrote about esports on the side. Nowadays, he tends to write about esports whilst enjoying history as a hobby.
Follow me