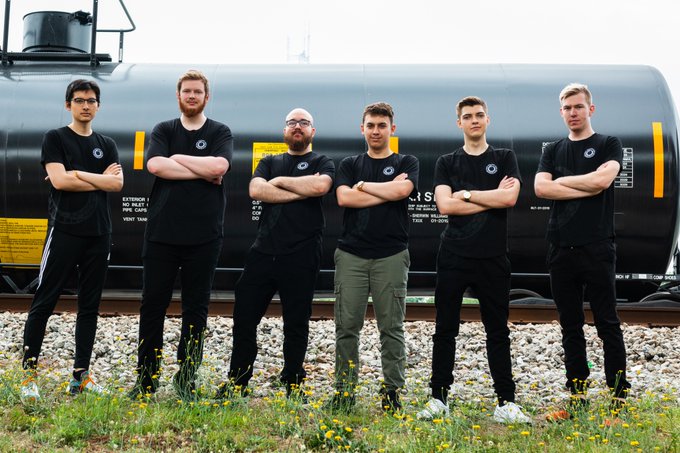 From underdogs to dark horses, Chaos Esports Club are the team to watch in Season 10. (image via Chaos)

Standing out as a team in the European Rainbow Six Siege scene is a difficult task. Some of the most dominant teams in 2019, and in Rainbow Six history, are from Europe. However, there are some up-and-coming teams making their own moves worthy of our attention. Chaos Esports Club hasn’t made much noise in recent years. Coming into 2019, the team had a negative stigma around them. After becoming an all-Swedish line-up, they finished fifth-sixth in Pro League’s Season 7 and sixth in Season 8. Comparatively, 2019 has been a year of great improvement for the roster. Their results over Season 9 and the Allied Vegas Minor are enough to highlight they are the dark horse heading into Season 10.

Prior to Season 9, Chaos made their first roster move since January 2018. Former teammate Lars Malte “sno0ken“ Ekström was replaced with Aleks “Vitoline“ Lyapun. From the outside, this new roster didn’t look amazing.

Rickard “Secretly” Olofsson, team captain of Chaos E.C. explains the reasoning behind the roster move. He told us,  “After a little under a year with little progress being made in the team, we needed new energy and motivation in the team, so we decided to make a roster change. Vitoline was one of the few Swedish players competing at a high level in the scene and he is a young player who we thought we could help shape into the player we needed to make our team stronger. “

In the first week of Season 9, Chaos defeated Team Secret and Natus Vincere, the two teams who had fought for second place in Season 8. This was a surprise considering the hype and expectations at the time for both of those teams.

On playday four, Penta Sports was the first team to hand Chaos a defeat, with Penta winning 7-5. From there, Chaos failed to win another match until playday nine, when they defeated Penta Sports in a revenge match. Between that period, it very much seemed like Chaos had returned to being an underwhelming roster once again.

Instead, the victory over Penta in their re-match lifted a curse over the Chaos roster as they then defeated Mouseports (ENCE), Na’Vi and LeStream, the latter of whom were in second place at the time. Chaos then lost to G2 Esports 5-7 and Team Secret 5-7.

As the season came to an end, Chaos ended up in fifth place on 21 points with 7 wins, 0 draws and 7 losses. Despite this sounding like the same stuck record, this fifth place finish is a respectful ending. G2 Esports, Penta Sports and Chaos all ended the season on 21 points. The only reason why Chaos finished lower was due to the decider system, which favored G2 Esports and then Penta Sports, placing them higher.

Furthermore, Chaos was only one game behind LeStream at the end of week 12 after Chaos’ victory against them. If any of Chaos’ seasonal losses had been a win, we would have seen a very different seasonal finish. With that in mind, Europe as a whole was clearly competitive, and this was arguably one of the most competitive seasons in Europe.

The Chaos underdog story did not stop before the Allied Vegas Minor either.

Chaos at the Vegas Minor

Vegas was a mixed bag of results for Chaos in the Swiss System. They lost their first match against Spacestation Gaming, won against Disrupt and Penta, lost to NiP and beat Team Vitality in round five to advance. From there, they reverse swept NiP in the playoffs, lost 2-1 to LeStream and ended in fourth place after losing 0-2 to Team Liquid.

We move on to the semis!!! Never gotten this far before so might aswell just go all the way now 🔥

Their fourth-place finish in Vegas is a sign they have what it takes to compete with local and international talent. Albeit, the mixed success at the event shows they have some way to go before reaching peak potential. For Chaos, this was their first international LAN event and they finished fourth against other mid-table teams. Overall, this will have given them valuable off-season experience.

For Secretly, he believes that the work Chaos has put in so far is a sign they on the right path.

“I think the biggest thing we learned from Vegas is how much we have improved the last couple of seasons and how much room there is to improve even more. While our rise through the rankings hasn’t been fast it has been steady, and we now know that the way we are working and playing to get better is eventually going to give us the results we are looking for.“

But how does this feed into Season 10? Chaos now has decent international LAN experience behind them. Furthermore, their best-of-one victories over Penta and Vitality in Vegas are signs they can still compete against their regional counterparts. As for LeStream Esports, they defeated them in last season’s week 12 in a best-of-one match and took a map from them in the semi-finals of Vegas. It is very possible that Chaos may upset LeStream again in Season 10 due to Pro League’s best-of-one regular season format. With this in mind, Chaos may be looking at another top-four finish.

Secretly believes that expectations are right to place them in the top four this time around.

“Heading into Season 10 a lot of fans have us in their top four in the region, and I would say that seems pretty accurate. Cracking the top is always going to be extremely hard in Europe with how many good teams there are. But I am confident we are going to end up in one of the top four places in the Pro League. Last season we almost managed to claim a spot at the finals, with just another win or two this season we could make it all the way.“

With Season 10 starting June 17, it would be wise to keep an eye on Chaos E.C because of their history and Secretly’s words.

Chaos have successfully shown in 2019 they are no longer an underperforming underdog.

Now they are the dark horse of a widely competitive Europe.