Chaos and Team One Top Groups at DreamHack Winter NA 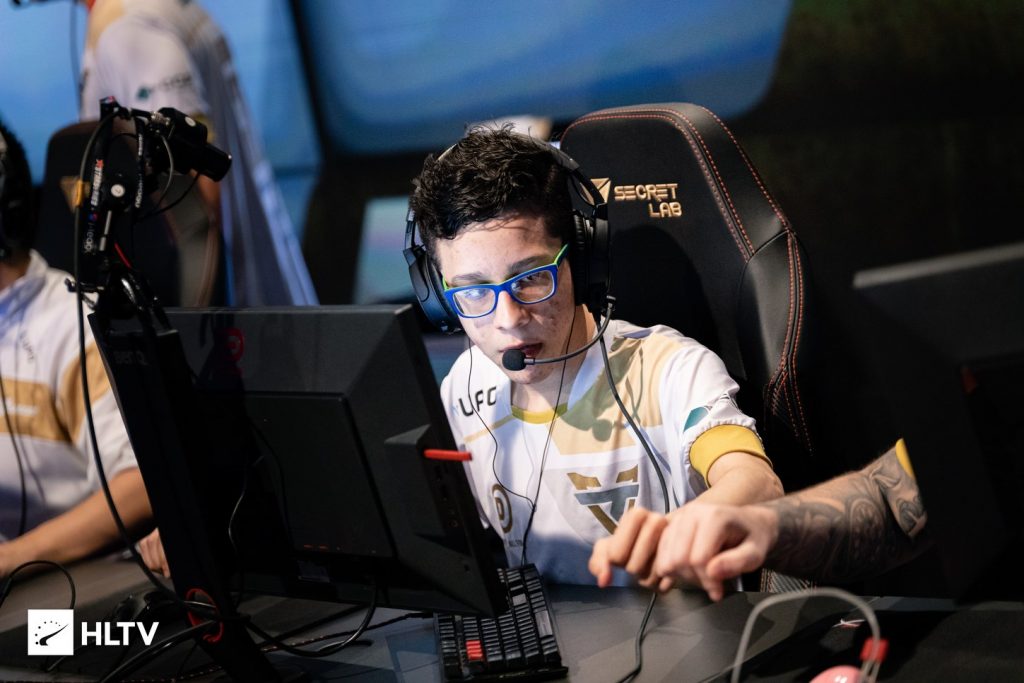 Team One has advanced to the DreamHack Winter NA playoffs after topping Group B. (Photo courtesy HLTV)

The North American side of DreamHack Winter has completed its group stage. Chaos Esports Club and Team One have come out on top of their respective groups and will have a higher seed moving forward. Rebirth Esports and Yeah Gaming have taken the second seeds and will round out the playoff roster.

The favorites of DreamHack Group A looked to continue their recent success against Rugratz. What should have been the easiest matchup turned into a competitive affair early. Rugratz’ Overpass pick proved difficult for Chaos. After going up 3-0 off of a pistol win, Chaos only got one round for every three that Rugratz got. A 9-6 halftime deficit was the result. Chaos even won the second pistol, but they weren’t able to keep up their T side momentum. Rugratz found a six round win streak to help close out the game 16-8.

Train was up next. Rugratz took their first pistol round of the match and shot out to a 4-0 lead. This time, it was Chaos’ turn to make a run late into the half. They earned a slim 8-7 lead going into their CT side. The Chaos momentum continued as they started 6-0 on defense.

Rugratz tried to make a comeback but were eventually shut down, giving Chaos a 16-12 equalizer.

The tiebreaker map was Nuke. Things started out well for Chaos as they found another 6-0 CT side opening. However, Rugratz would find form by winning eight of the last nine rounds in a row. Their massive streak put them at an 8-7 lead at the side swap. Rugratz had a chance to run away with the game, but dropped their economy to a second-round force buy. The score ended up tied at 13 apiece when Chaos put together three convincing rounds to close out the match with a 16-13 victory.

The DreamHack winners’ match was between Chaos and Rebirth. Rebirth chose Mirage as map one. The underdogs started with a pistol victory, but couldn’t snowball their advantage. Jonathan “Jonji” Carey shut down Rebirth with 33 kills and 122.9 ADR over the span of the map. A 9-6 lead at the half turned into a comfortable 16-10 finish for Chaos.

Overpass was a much closer map. Each team found their T side rounds in one massive chunk while defensive rounds were more spread out. Rebirth actually had the first match point after coming back from a 7-13 deficit. Despite that, Chaos were able to force overtime in round 30. Chaos had more left in the tank than Rebirth and easily completed the 19-16 win to advance to playoffs.

Fortunately for Rebirth, they would earn the final playoff spot from group A after sweeping Triumph in the decider match. After winning their Mirage pick 16-10, Rebirth stole Triumph’s Inferno in double overtime with two players breaking the 35 frag mark. With this result, Triumph have been knocked out of the tournament earlier than expected.

Group B featured two Brazilian squads competing against two of the lower NA seeds. First up however was a domestic battle. Team One faced Yeah Gaming in their opener. Map one was Mirage courtesy of Yeah. It was a very back and forth game with five total lead changes. Team One found themselves at a 14-11 lead but were unable to earn any more rounds. A late surge out of Yeah’s CT side allowed them to take a close 16-14 map victory.

Team One were unfazed going into their map pick of Nuke. They put together a dominant T side despite losing the initial pistol round. There was only one round the entire half where Team One didn’t manage to get into a bomb site. An 11-4 lead ensued. Team One even lost the second pistol round as well, but they still managed to hold Yeah to single digits. The final score was an easy 16-9.

The Dust2 decider map was more of the same. Team One’s T side started off with another 11-4 lead. Yeah just wasn’t up to par and bled out yet again. Team One completed the reverse sweep with the 16-10 result.

Their winners’ match was against Mythic who had just upset the New England Whalers. Mythic chose Vertigo for their map. Although the NA squad had four players with a positive K-D ratio, the game came down to the wire. The first half was very even all the way through. Mythic’s T side ended up with an 8-7 lead despite losing pistol. When they did take the pistol in the second half, they shot ahead. Mythic streaked up to a 15-9 game point. Team One very nearly pulled the map to overtime, but a final point in round 30 secured Vertigo for Mythic.

Once again, Team One would show their fortitude on their own map pick. A strong T side start on Dust2 gave the Brazilian squad a 10-5 lead. Matheus “prt” Scuvero broke the 30 frag mark with 112.3 ADR as Team One continued their resurgence. Map two went to them 16-12.

Mirage was the last map. It was Mythic who found the early lead thanks to a pistol round win. However, Team One was able to win eight of the last nine rounds in a row on their CT side, bringing them to a 9-6 score. After earning the second pistol, the Brazilian side couldn’t be stopped. Another 16-12 victory solidified them as first seed.

In the DreamHack decider match, Yeah Gaming managed to take down Mythic with two incredibly one-sided maps. Inferno went the way of Yeah 16-4. Mythic got one back on Overpass before falling on Mirage 16-6. With this result, both Brazilian squads at DreamHack Winter NA have advanced to playoffs.