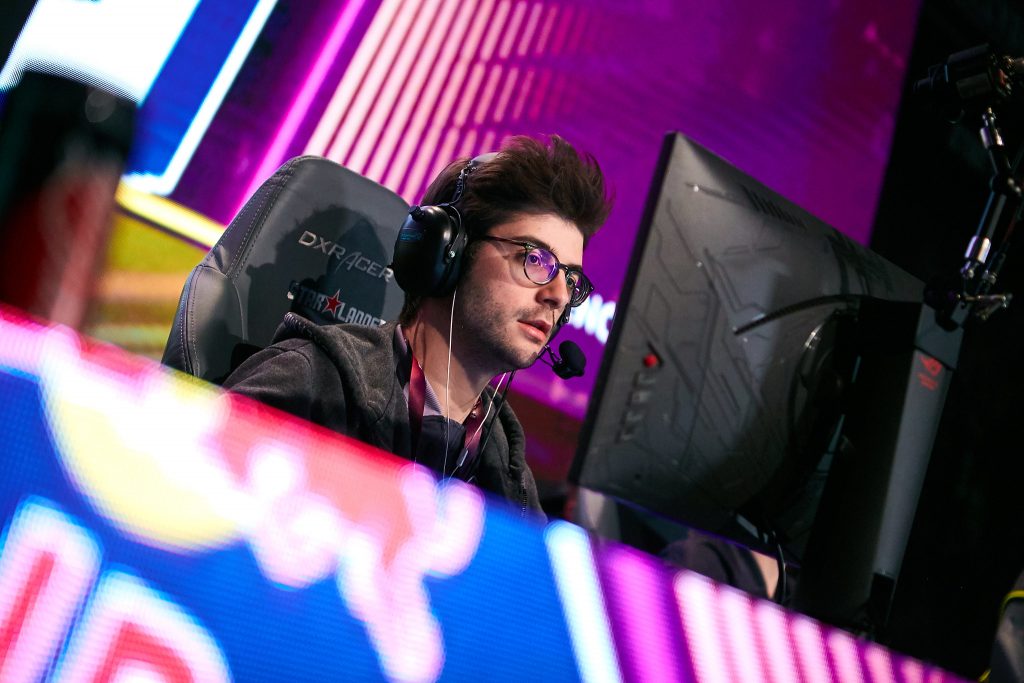 The Dota 2 community continues to debate racism and toxicity as Sébastien “7ckngMad” Debs, aka Ceb, attempts to make amends. (Photo courtesy of StarLadder)

Even after Valve released the Planetfall Arcana for Earthshaker and Patch 7.22, the Dota 2 community is talking about Sébastien “7ckngMad” Debs (aka Ceb), racism in the scene, Alexei “Solo” Berezin’s call for action and…Solo’s teammate, Roman “RAMZES666” Kushnarev?  Ceb has also issued a second statement regarding the scenario, attempting to make amends for his words.

Yesterday, we reported on the situation developing around Ceb regarding allegations he used racist language in response to the toxic behavior of another player in a casual Dota 2 game. Ceb apologized for losing his temper, and Solo responded by indicating he found Ceb’s apology underwhelming given the nature of the language used. Solo threatened to boycott the EPICENTER Major unless Valve takes action. Ceb has since posted a second statement with a new expression of remorse and indicating he will conduct a question and answer session with the Russian community on May 26.

The Dota 2 community continues to debate on reddit and social media.

With no word from OG or Valve yet, the reddit community has begun to call out Solo for possible hypocrisy. This morning, a few top posts on reddit focused on Solo’s teammate Ramzes for being involved in one incident or another. Several screenshots allegedly featuring Ramzes using hate speech to lash out at other players. Ramzes responded on Twitter quickly:

I think everyone knows that I used to be toxic in pubs for a long time. I’ve improved over the years but am still not perfect. I know there’ll be some development of Solo/Ceb situation tomorrow, so right now I would simply like to apologize and promise it’ll never happen again.

Some reddit commenters suggested Solo should hold his own teammate to a higher standard of behavior before calling out other professional players. Note that the authenticity of the specific claims against Ramzes are currently under question, but Ramzes himself does acknowledge his previous toxicity.

The question of how standards should be applied is a valid one. Some pro players questioned whether anyone (other than the often-praised Maroun “GH” Merhej of Team Liquid) could honestly avoid punishment if the language in casual games was policed. Galvin “Meracle” Kang Jian Wen of Complexity Gaming expressed concern about players deliberately antagonizing professional players.

I can already see the responses

“But X happened in the past and nothing was done”

“Why is it fair to only penalize pro/DPC players”

FACT: Dota has a problem. The first has to stop being an excuse. And if you’re representing our game & community there SHOULD be expectations.

A debate on Twitter involving several members of the community questioned the best way to solve/address the issue of player behavior. Generally, there seemed to be a consensus that trying to punish past infractions under new rules was not appropriate. Alan “Nahaz” Bester called for a clear penalty in Ceb’s case with the indication that this was how future incidents involving professional players would be addressed.

Of course, this is hardly the first time a Dota 2 player has come under fire for their behavior. Has an adequate precedent already been set?

The most recent incident involved Carlos “Kuku” Palad, of course. Ultimately, Valve stepped in. Valve fined TNC Predator DPC points and banned Kuku from the Chongqing Major. Valve said this was due to the poor way that the organization had handled the affair: “TNC has mishandled the situation on multiple occasions, making the situation much worse than it needed to be.” In the same release, they indicated that “Our view on the situation is that responsibility resides with teams to handle these types of issues professionally.”

There have been, presumably, examples of this as well.

We have been made aware of an inappropriate comment by one of our players in today’s #coLDota #DreamLeague match. Complexity Gaming does not condone intolerance of any kind and the player will receive a formal reprimand, as well as a maximum fine.

The incident involved Rolen Andrei Gabriel “Skemberlu” Ong using a racist slur in a professional match. Skemberlu ultimately was moved to inactive status with the team two weeks later and left the squad in early 2019.

In June 2018, Mind_Control was the one in the hot seat, over a comment involving Russians and Hitler. He apologized, and Team Liquid issued a statement indicating Mind_Control would be fined by the organization with the money going to a charity.

Valve didn’t issue news statements about either of those cases.

“We want to be very clear that Valve will not tolerate racist language between pro players in any form. We think it is really damaging to the entire Dota community whenever even a single professional player uses discriminatory language. It pits fans against each other, belittles and demeans entire groups and makes them feel like they are not as important. Going forward, we expect all teams who participate in our tournaments to hold its players accountable, and be prepared to follow up with strong punishments when players represent Dota and its community poorly.”

Now, it seems at least, that it is up to OG (and Virtus.pro in the case of Ramzes?) to step up to the plate. It’s important to keep in mind that in the cases of Skemberlu and Mind_Control, neither was part of the organization’s leadership. Ceb does sit on the board for OG, according to this site, found and posted by a redditor. The onus is really on Ceb to step up here and do the right thing, whatever that might be.

Ceb’s Q&A session with the Russian community could be a good step toward addressing some of the hurt feelings, but will it be enough for Valve? Does OG need to follow that model of issuing a statement and fining him or could this be a second route toward making amends?