Casores: “No Other Team In The League Is As Good At Playing a Man Down As The Shock” 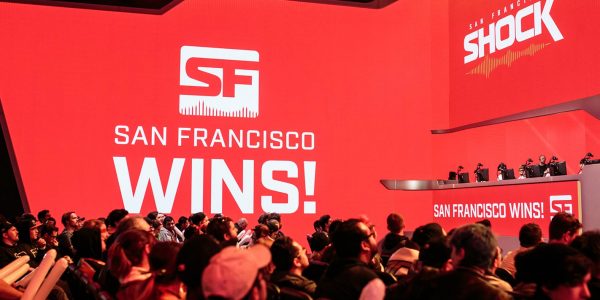 Casores has previous coaching experience with the Atlanta Reign, but has shown the strength of his experience most recently with the Shock. (Photo courtesy Activision Blizzard)

The San Francisco Shock have received their second consecutive championship in the Overwatch League. During the break between North American playoffs and Grand Finals, the Shock signed Cas “Casores” van Andel as an analyst. Casores was previously the Player Development Coach for the Atlanta Reign in late 2018. He was released from the Reign after a top six  finish in the 2019 playoffs, and returned to coach in Contenders to prove himself again.

Casores shared his story with Hotspawn about joining the Shock, his grind in Contenders, and how the Shock were able to dominate their competition.

Thank you, Cas for your work with the Reign this year. Your patience, game expertise and dedicated work-out routine will take you to more incredible opportunities. This first season wouldn't have been the same without your presence ❤️

Hotspawn: Tell us the story about how this opportunity with the Shock came to be, and what was your reaction to the offer?

Casores: First of all, I met Chris (Chung), General Manager — the guy that makes most of the decisions on the Shock — at BlizzCon last year.The Shock felt like they needed some extra hands coming into this Grand Finals. The season had already been really long and they were feeling a bit overwhelmed.They felt they needed somebody to take over the scouting of the enemy teams and to put in more meta analysis because they didn’t fully feel like they totally understood the meta,what to do next, and come up with strategy based stuff for the team and more of a macro view.

This hasn’t been a role that I’ve been performing in the past,but for the people that may have been following me for a little bit longer, I stream VOD reviews and I was grinding really hard, especially for this playoff meta. I’ve been doing 4-6 hours of scrims with Young and Beautiful and I’ve been streaming for four hours a day just VOD reviewing the playoff meta. The Shock noticed how much I’ve been grinding this current meta and felt I had some really good takes. So they asked me if I could come in and help them out for the playoffs.

“In Contenders, it’s all driven by passion. These players aren’t getting paid very much or not at all.”

It actually happened really fast. One moment Chris was DM’ing me on Twitter: “Hey, are you under contract right now?” I said “No, there are no contracts for YAB (Young and Beautiful)” he said “On the Shock, we just need an extra pair of hands, we need somebody that can come in and look at us from a strategic point of view, relieve some pressure from the other coaches, and do a lot of scouting. Do you think you can be that person?”. I thought: “Hell yeah I can be that person!” [Laughs]. So it was really overwhelming. There was basically no trial, but the position was only for playoffs.

We're headed to Grand Finals with a secret weapon.

Hotspawn: How did coaching in Contenders for Young and Beautiful and other teams allow you to refine your coaching style? What did you learn about yourself and the different types of players you came to meet?

Casores: I think the biggest thing about coaching Contenders — especially when I was the only coach on the team and as a Head Coach especially — you have to be very good at talking to players. The players on Young and Beautiful are absolutely amazing and great to work with. I didn’t have a hard time, I didn’t have to shout at people, it’s just a different environment.

In OWL, it’s really a job that is defined by what each player does, what each player’s role is, and how you want to move forward from a coaching standpoint. But in Contenders, it’s all driven by passion. These players aren’t getting paid very much or not at all. You really have to make sure that the team you’re playing with is really passionate about the game and has a lot of motivation and drive. Because you can’t say “Hey if you don’t perform, we’re not gonna pay you”, they can just say “Stick it up your butt. I’m not gonna play, because you don’t pay me anyway” [Laughs]. So that’s the difference – Contenders is more passion-driven.

So I just feel like I needed to do something, and going back to Tier 2 (Contenders) from Tier 1 (Overwatch League) was that step for me. It’s a passion thing, I want to win, I want to compete. So sitting on my laurels is not my style.

Hotspawn: This isn’t your first OWL rodeo. What were your expectations of what it would be like to work in OWL, and how have they changed now that you’ve spent some time on this team?

Casores: I think OWL is still the top goal for me. Personally, I have a lot of passion for Overwatch and wouldn’t trade it for any other game. I have a lot of fun working on it, that’s why I’m able to grind so hard too. If you don’t have fun, you’re not able to put in any work and put in the hours, and it just feels like a drag.

But, OWL, in general, is very structured from the top down. Especially now, working on the Shoc, there’s a defined GM, there’s the staff you’re working with, and the players. So it’s very defined what everybody does. You have expectations every single day, [you’re] not just there for scrims. You have to be there to rewatch the scrims to make notes. The big job for me was scouting enemy teams. So I have to put in a lot of hours watching other teams play and what they were going to do, and how each individual player does stuff. So it’s much more in depth — much more refined.

While coaching Contenders, I just focused on our play because there’s so many different teams, you can’t fully prepare for that as much. But in OWL, you’re playing one team or two teams every week. So it’s much easier to prepare for that, especially in the grand finals when you can only face three different teams.

The first time I joined OWL, I didn’t know what to expect. I came in and I did player development stuff, which was very one-on-one, very focused. I did sessions with each of the players trying to push for the next goal. But I feel like OWL compared to Contenders and everything else is much more — you have to be a good person coach instead of having to be like a super good game knowledge coach. There’s a lot of expectations on the players and if they don’t perform, then that takes a toll on the mental side of things, which is very underrated in Overwatch League. Having a psychologist type of person or coach definitely helps.

Hotspawn: As an analyst, what are your tasks and responsibilities with the San Francisco Shock? What were your major contributions to preparing the team for the finals?

Casores: First of all as an analyst, you have to look at a lot of stats. Honestly they weren’t too in depth: win rate on maps, first fight win rate, team comp positions — pretty basic stuff. But next to that, I did setups — so how you want to hold a first point defense, how you want to approach King of the Hill (control) maps, and other maps. I would do opponent research — I would look at specific teams like Seoul, like “Hey Gesture is flanking a lot, let’s go punish him. If we don’t keep track of Gesture, we’re going to lose”. Setting up how to win, setting up what the enemy team will do, setting up each player’s tendencies — what they like to do on what map — is a big thing of what I did. I did a lot of opponent research and making strategies against them, keeping up stats, and generally giving my input as well. There’s all these titles and all these things, but if you see a certain thing as an analyst, as a coach, then you should say it. There’s a lot of back and forth between the coaches and me about all these things. 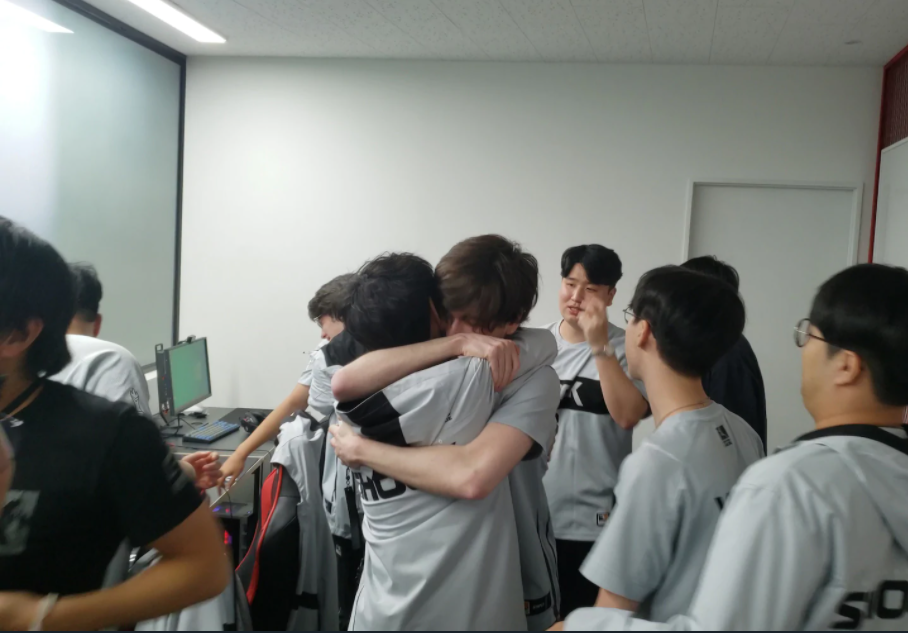 Hotspawn: Congratulations on San Francisco Shock’s victory in the finals. In your opinion, what were the strengths of the team, and what makes them the best team in Overwatch? Any particular moments or strategies you are particularly proud of?

Casores: I think the biggest thing about the Shock over any other team — I think there’s a statistic on this as well — they clutch out. They would lose one person and they will still win about 50% of all team fights even though they’re one person down. I think no other team in the league is as good at playing a man down and improvising as the Shock. That’s because of individual player strength but also their communication. They don’t panic when one dies, they don’t give up. They just keep fighting and keep communicating about what their goals are in the team fight and what they’re doing.

One thing that I’m particularly proud of is the adjustments we were able to make into enemy team compositions. In the finals, Seoul would end up picking Hollywood and we knew because we scouted so well that they would pick the Pharah and hold really close. We were able to pick the Baptiste and the Ashe and just bash in and instantly kill the Pharah because we had scouted so well. So that was really good that we were able to dismantle their strategy when the first time around we didn’t do that well into their strategy. There were a bunch of moments [that made me proud].

The Overwatch League has officially entered the off season. Teams have until October 16th to extend existing 2020 contracts according to the Roster Construction Rules for 2021 Overwatch League season.