Carzzy: “We have the strength of playing almost everything” 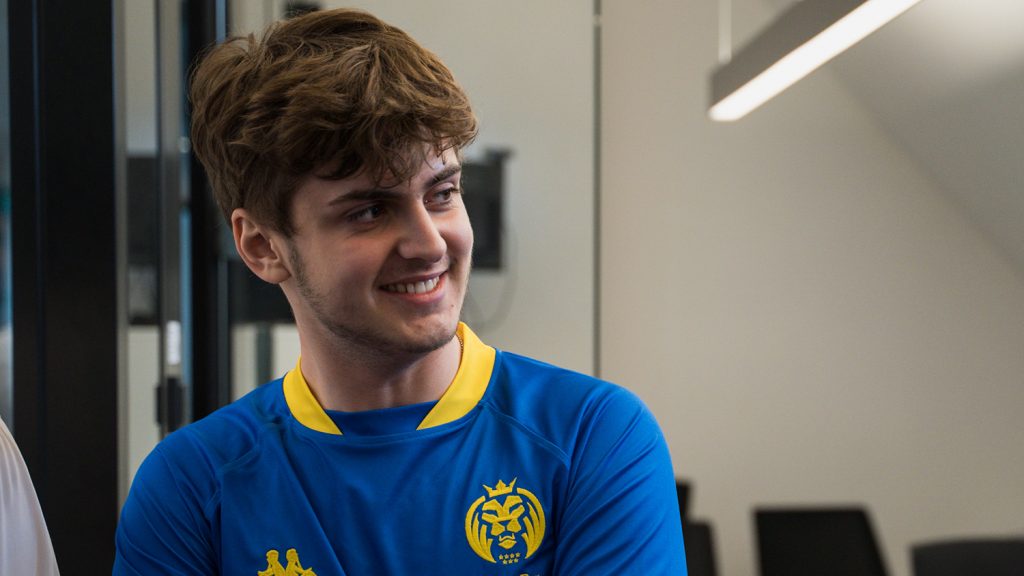 Europe has its fourth representative for the League of Legends World Championship. MAD Lions, the rookie squad who were on top of the standings throughout the majority of the Summer Split, have locked themselves in for a trip to China. After suffering a defeat against G2 in the upper bracket last week, the team recovered strongly against the miracle runners of Schalke 04. While the first game didn’t go their way, MAD Lions bounced back and ended the series in a fairly dominant 3-1 fashion.

After the series, we spoke to MAD Lions bot laner Matyáš “Carzzy” Orság. He told us how his team prepared for their most important match of the year so far, and how he stayed calm during the series. He also evaluated the teams left in the Summer Split Playoffs, and looked ahead at the World Championship.

Hotspawn: First of all, congratulations on making it to Worlds! What’s going through your head at the moment?

Carzzy: Thank you! What’s going through my head? It’s definitely the happiness that we made it. It was kind of stressful to be in this position, even though we knew that we were going to win. We are just that good. *laughs* Nah, I’m just happy and I am excited to play against international teams. And I also still want to make it to the finals of the Summer Split. So, that’s it!

Hotspawn: There was a lot of pressure heading into the match. How did the preparation for this match go for you?

Carzzy: It wasn’t anything unusual. We were just playing the stuff we usually play, and Schalke 04 was playing the picks that are meta right now. It wasn’t that difficult to prepare for the match. We just played the champions that you could see today, and we knew that they were going to play what they were playing in the series.

Hotspawn: Was it easy to scout what Schalke 04 would be playing?

Carzzy: Yeah, it was very easy to scout them. They don’t play a lot of different champions. Also, their solo queue accounts are known, so we can always look at that.

Hotspawn: You’ve said before that, during the matches, you would get quite nervous at times. How was that for this series against Schalke 04?

Carzzy: Actually, this time I wasn’t really stressed at all. I was actually just chilling for the entire week. I was only a bit stressed yesterday, before I fell asleep, but after I woke up I knew that it was going to be a good day for us.

Hotspawn: In another interview, Kaiser said that you weren’t ‘the happy team’ during the final weeks of the regular Summer Split because of the stress. How is that now?

Carzzy: It’s back to normal now for us. We had our break, and we all started to tryhard again. We are a happy team again now.

Hotspawn: So, you weren’t trying hard towards the end of the Split?

Carzzy: Well, we were playing at like 50% of our potential. No-one really wanted to play, and we wanted to have a break. We were kind of burned out. But now it’s good again and we are fully focussed on the Playoffs.

Hotspawn: Your coach, Mac, won Coach of the Split twice this year. When it comes to these important matches, how does your coaching staff help you to stay focused?

Carzzy: They help us a lot. They’re trying to be calm as well, and they don’t put a lot of pressure on us. I think it’s very nice to have people like them around us. They are all very friendly and you can talk with them about literally anything. We always trust each other. Every team should have it the way we have it because it really helps a lot.

Hotspawn: It’s been said by a few people that MAD Lions’ coaching staff has a unique approach to coaching. Are there any exercises you do with the team that other teams don’t do?

Carzzy: Well, we are going to the gym twice a week, but that’s it I think. We do some exercises for our backs and for our wrists. Otherwise, we don’t do much. Oh actually, we do meditation as well.

Hotspawn: Was it easy for you to learn how to meditate?

Carzzy: Yeah, it was kind of simple from the beginning for me. I guess that, if people think a lot, then they can find it hard to meditate. But I don’t think that much. *laughs*

Hotspawn: Let’s look ahead at what’s to come still. You still have to face Rogue, and from there you can still meet Fnatic and G2. What have your impressions been so far of the teams left in the LEC Playoffs?

Hotspawn: Have you been scrimming against any of these teams?

Carzzy: Yeah, we scrim against each other. The teams who do not play against each other in that week just scrim. So we have played scrims against Rogue, Fnatic, G2, and Schalke as well. So this week we didn’t play against Schalke and Rogue, for example. There aren’t many options, right? You can only scrim the few teams that are left. Once the Playoffs start, every team that didn’t make it is just gone.

Hotspawn: What has your perspective been on the resurgence of G2 and Fnatic, who during the regular Split were experiencing some issues?

Carzzy: I think that, what’s happening to them, is what happened to us towards the end of this Split: they were kind of burned out. But those types of teams always come back when it gets to the Playoffs, at almost full strength. You can never count them out. I think it happens because they’ve been playing for so long, right? They’ve been on the top for so long. When you’re on the top for so long, playing best-of-ones against teams you think are not that good, it makes you tired, mentally. Now they’re playing for the first place in the LEC, so now they’re tryharding again.

Hotspawn: Rogue is your opponent coming Sunday, to determine seeding for Worlds. The loser has to go through the Play-In stage. Rogue wasn’t very impressive against Fnatic, but do you think they can surprise you Sunday?

Carzzy: It’s hard to say. I personally don’t think so. But it’s possible. I think you need to be more flexible when you’re playing in the Playoffs. Rogue is playing only one style, and that will never work against decent teams. You will always get exposed, and you will end up losing. If they don’t change anything, I think they’re just going to lose. I’m sure of it.

Hotspawn: You, as MAD Lions, have been more flexible. We’ve seen you play the Wukong/Senna lane, but also the Lux/Sona combination. Are there still surprise picks left for these Playoffs?

Hotspawn: Well, for example, last weekend we saw Fnatic coming out with an Evelynn/Lucian pairing, and we didn’t see that at all during your match against Schalke 04. Are you comfortable playing that setup?

Carzzy: As a team, we have the strength of playing almost everything. For us, it is no problem to play such picks. I actually think that Fnatic’s strategy could only work against Rogue because they are just playing their own stuff. So I don’t think that Lucian and Evelynn are that strong if you’re playing against a team that is not Rogue.

Hotspawn: Finally, let’s look at Worlds a bit. Let’s skip past teams, and talk about players. Who do you want to face?

Carzzy: Yes. I want to play against JackeyLove. I think he is the best AD carry in the world by far right now.

Hotspawn: What makes him the best?

Carzzy: He is playing AD carry, but he is also shotcalling for his team. He’s the most vocal guy on the team, and he is the one that is leading them to victory. So, I really want to play against him!