Can Moses Lead Team Liquid to the Promise Land? 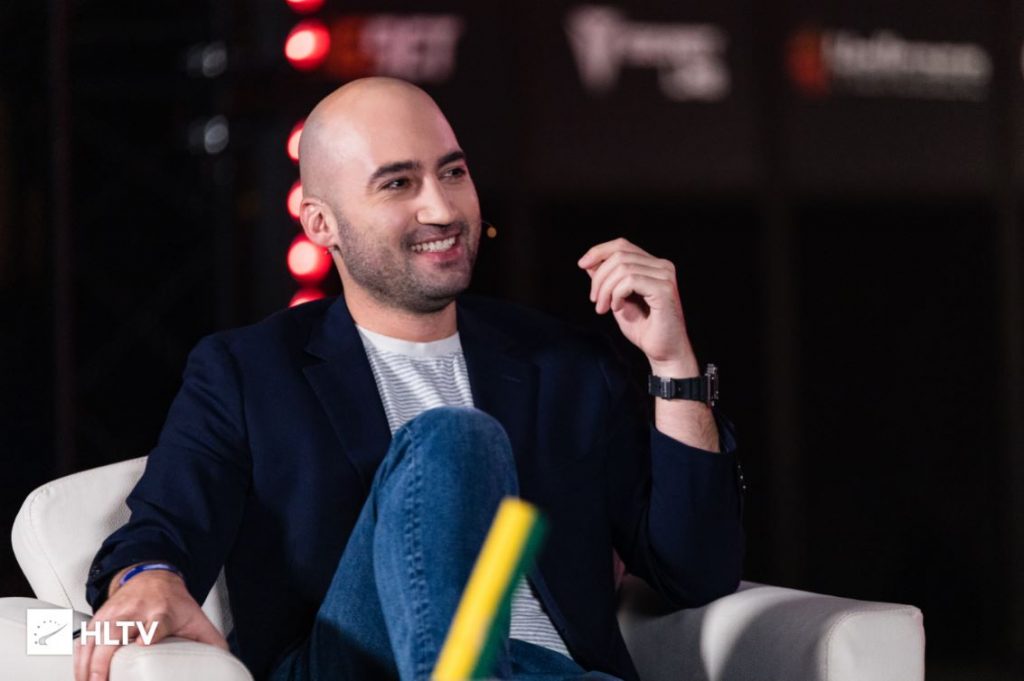 Moses now becomes one of the few commentators in CS:GO to take the leap to coaching a top level team. (Photo courtesy HLTV)

Team Liquid have had a turbulent few weeks in CS:GO, with upheaval and emotional departures left and right. First, their veteran former-IGL was ousted, with Nick ‘nitr0’ Cannella seemingly pushed before he jumped, and now they have replaced their coach too, with Eric ‘Adren’ Hoag out and Jason ‘Moses’ O’Toole the new man with a plan for America’s top team.

This isn’t the first time we’ve seen talent transition to a coaching position, with Janko ‘ynk’ Paunovic having blazed that trail with his move to MiBR in 2018, and then to FaZe Clan in 2019. Both men were at the top of their craft when they made the move, with nothing left to prove as ‘talent’. They also both walked into absolutely elite-level teams for their first appointment, at least in theory. 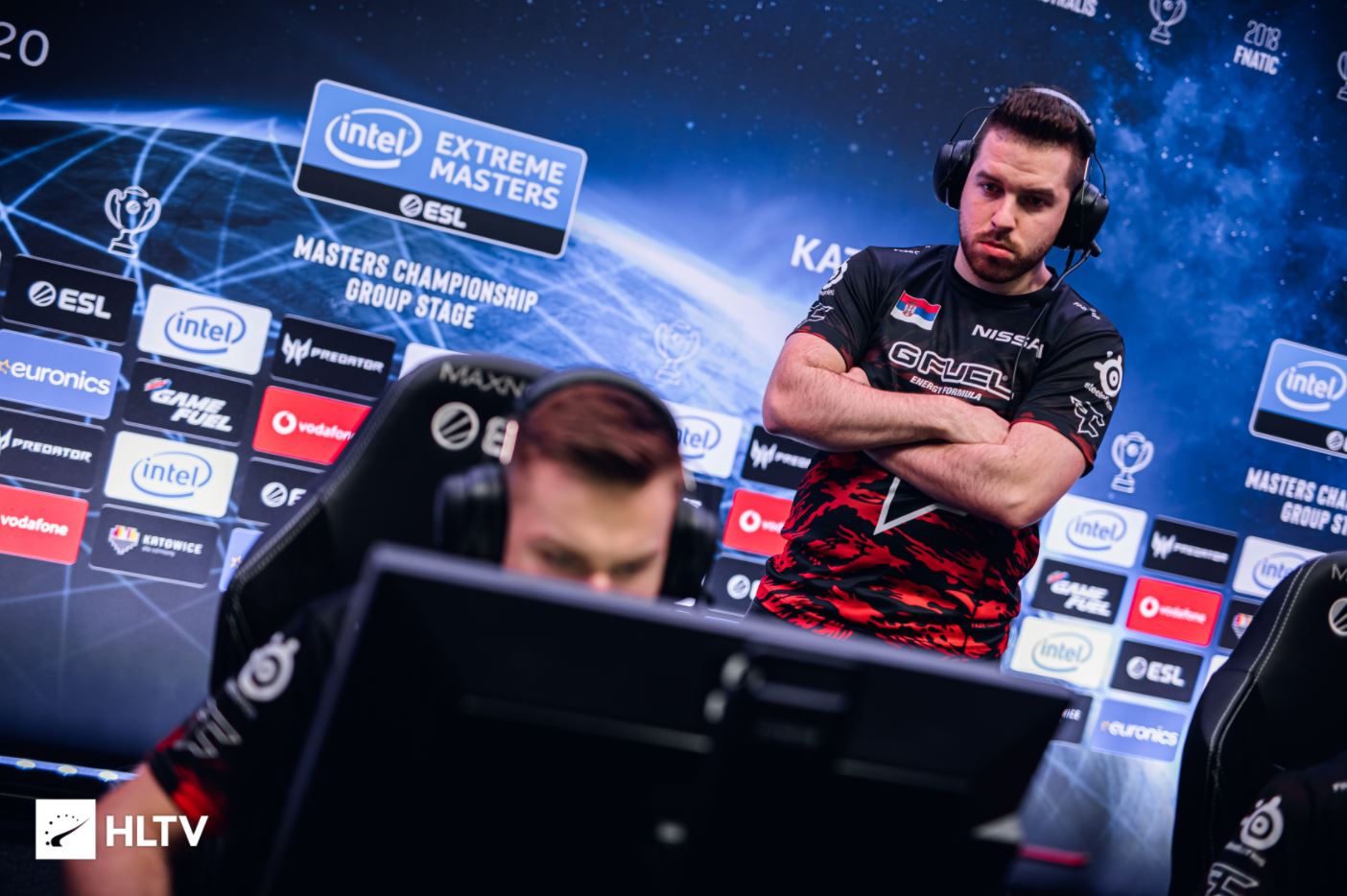 Ynk is the only other CS:GO commentator to successfully transfer to coaching a top tier team. (Photo courtesy HLTV)

There are similarities in their playing careers too, with neither having been elite players in their days behind the mouse and keyboard. Moses, in particular, was far removed from his time as competitor. However, this could fit with the accepted wisdom in sports that the natural talents of the game aren’t always the great coaches. Instead, it often falls on the players that had to grind every day to gain every advantage to lead the next generations, as they have most empathy with the average pro.

It would be fair to say that Ynk had a turbulent start to his coaching career, with his MiBR stint ending in a failure he was far from 100% responsible for. FaZe is on the road to recovery but still a shadow of their former selves. For Moses, there is a different task at hand, with arguably more pressure due to the caliber of player at his disposal, and all against the backdrop of a global pandemic.

How did we get here? 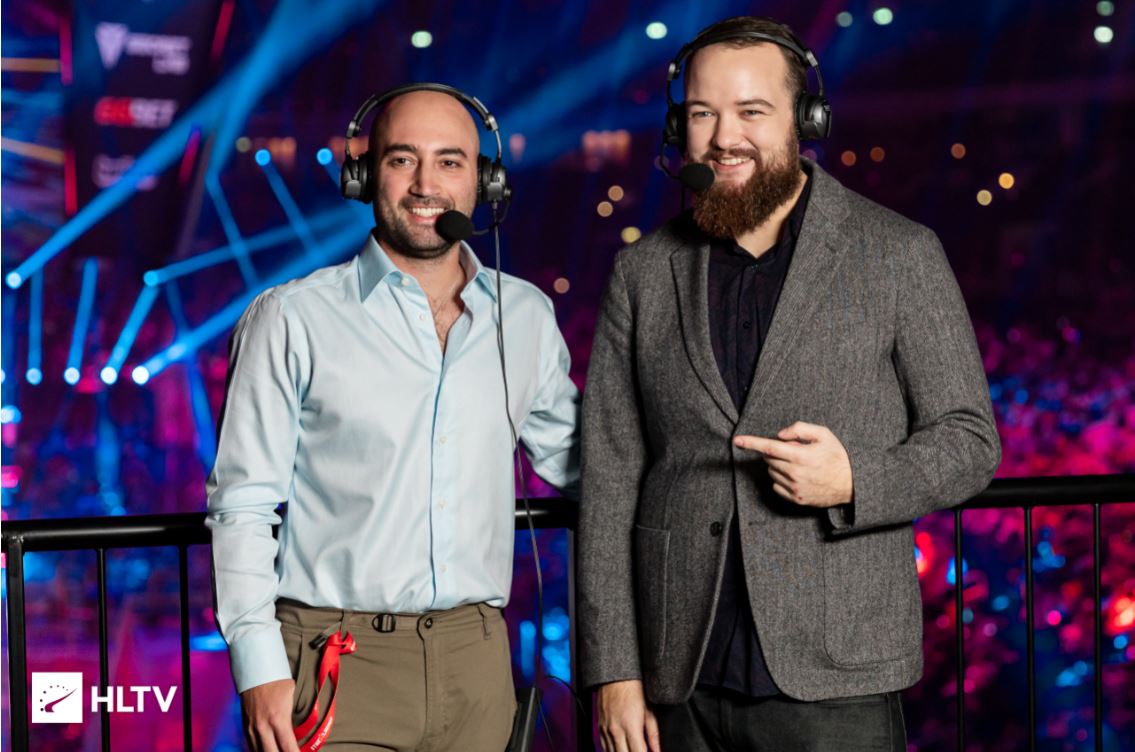 Moses has spent his entire CS:GO career from 2016 as a commentator. (Photo courtesy HLTV)

Flash back twelve or so months, and Liquid are the greatest CS:GO team in the world. Astralis went some way to dethroning themselves, but the summer run Liquid went on included unprecedented levels of success and consistent results the like of which NA had never seen. The Intel Grand Slam fell into their hands without the team breaking a sweat, and the autumn major looked like the most intriguing Valve event in years with the rivalry between Liquid and the Danes coming to a head.

Instead, the player break broke Liquid and the Major went to the Danes, although those two facts aren’t entirely connected as it was Avangar that ended the Major as runners up. Since then, Liquid have failed to find their footing, and the inevitability of changes at the top was only really assuaged by the sense that making major moves during a LAN-less time was risky, as online performances don’t tell you a lot about a player or team.

However, Liquid decided to act now. With the LAN season dead and no sign of when we’ll get back to normality, they hired a man without coaching experience who hadn’t played “professionally” in over a decade. On the face of things, this is a tough one to understand then, even before you get to what in particular makes Moses the man for Team Liquid, but there may be method to the madness.

What does a CSGO coach do?

The world’s pre-eminent coach today is Danny ‘zonic’ Sorensen who stands behind Astralis bellowing encouragement. More than once, his team have spoken glowingly of his influence in and out of the server, ensuring the team has the emotional depth and preparation to overcome any obstacle. 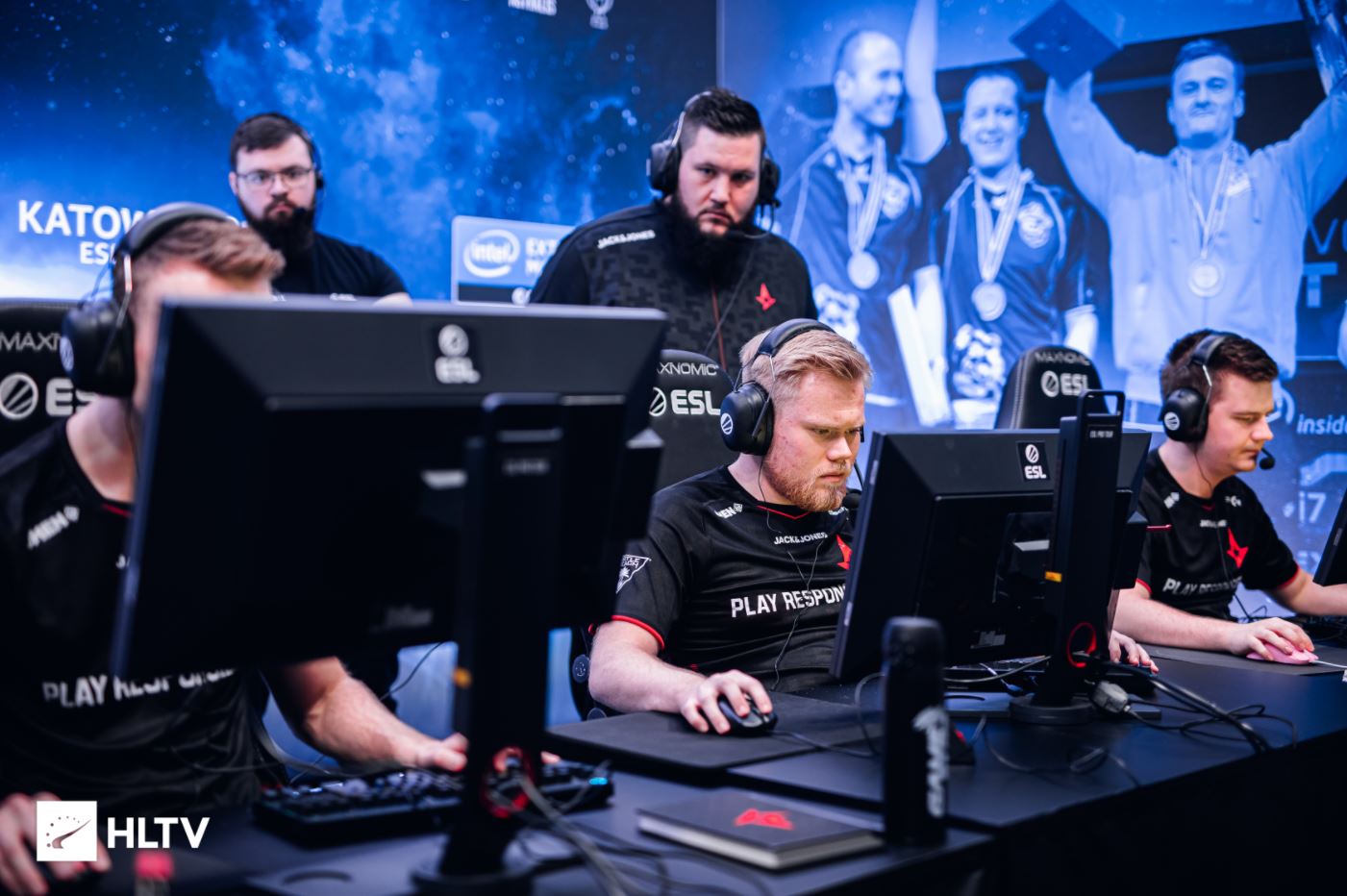 Zonic is one of the few forward facing coaches in CS:GO. (Photo courtesy HLTV)

When it comes to top level coaches, it seems like the latter is rarer and more valuable than the former skill in many ways. Leaders that inspire love and confidence, like zonic, zews and Malek (G2’s less visible, but equally brilliant coach) are few and far between. They bring a value that allows for players to enjoy competing together, and in turn, perform better.

By comparison, the tactical element is also important, but potentially less difficult to learn, or outsource if that is the case. Liquid are never going to struggle for resources, and hiring analysts alongside your coach is way more common today than ever before. Moses may well be in the process of building his own team in the way a football manager might. That isn’t to say he lacks tactical acumen, having risen to the position of a tier one analyst already, but he needn’t work alone to build up Team Liquid.

Is it going to work?

First, let’s look at the positives of the move on an individual level. Moses is a consummate professional, capable of working with any commentator, analyst or the like. His adaptability is no doubt born partially of his ability to quickly understand situations and flex to the role that works best. This is a skill coaches need to have in 2020, where players hold most of the power and ideas might need to be snuck into conversations, rather than imposed on the team.

Equally, Moses is not a person that makes enemies easily, which sets him out among CS talent to some extent, and on top of that he is known to have a decent personal relationship with some of the Liquid boys. So far, so good, as it seems like the personalities will blend well and the relationships are already stress-tested to some extent, which fits nicely with our earlier assertion that people skills may be more important in CS:GO coaching right now.

This is somewhat in contrast to Ynk’s appointment with MiBR, where the Serbian had a tactical idea of what he wanted to do but fell foul of the existing hierarchy and possible personality clash against the likes of coldzera and FalleN. Since his move to FaZe, where it seems the players want to work with him and listen, Ynk has had far more success, showing the importance of all parties buying into the move if they want it to be truly successful.

He’s not walking untrodden ground, as we’ve already shown, and no doubt he’ll be able to lean on Ynk as a friend and mentor. Liquid too have experience in this field, having hired former colour commentator William ‘Blitz’ Lee to coach their Dota team in 2019, although he did have previous experience in that area. That appointment also saw one of the talent elite turn their back on the desk to fulfill a coaching ambition, and to date Liquid have done decently under his leadership. 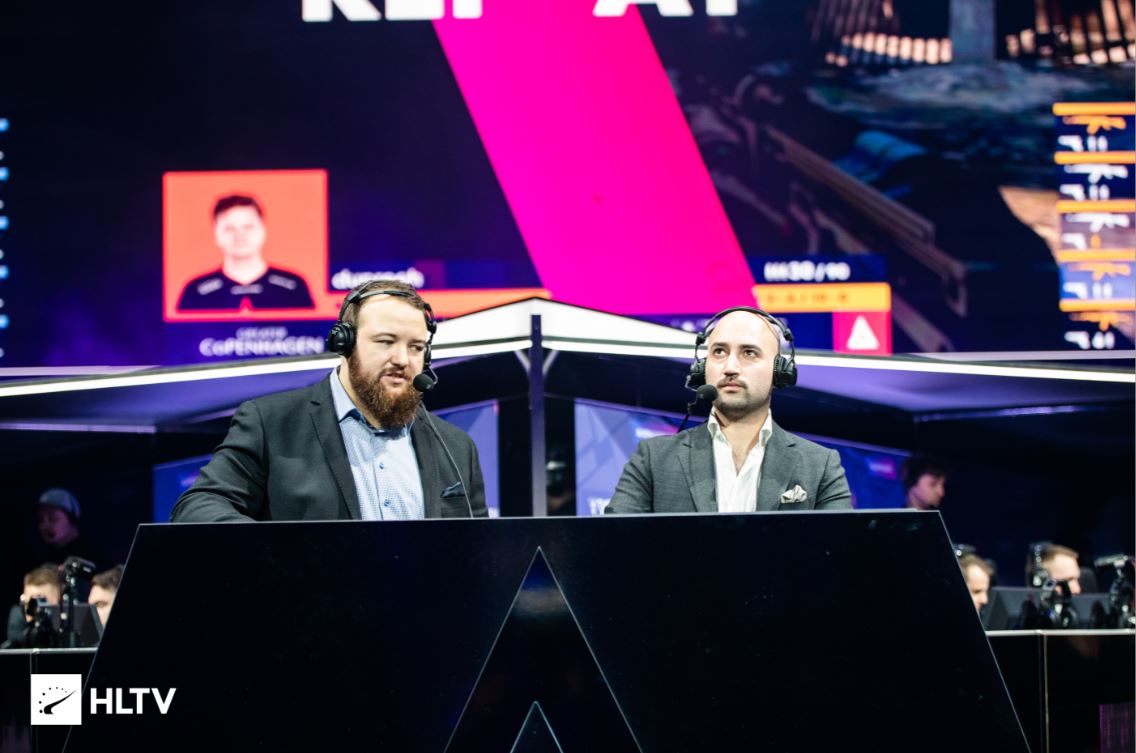 From a cultural point of view, Moses has it easier than Ynk in some ways, with no culture divide to bridge with a team full of North American players. Add to that he has arguably the most exciting young player in the world on his team in Grim, and everything is set up for Moses to succeed in his first professional coaching role, providing he has the tools within him to deliver.

There are a lot of pros and more than a few cons to this appointment, but it does speak to a lack of development in coaching when it comes to CS:GO. When a top level manager loses their job in traditional sports, they are welcome on every hosting desk. The idea of moving a hitherto-untested pundit from the studio to the top job in a dugout would be laughed at due to the knowledge gap between working coaches and television talent.

A lot of those games have qualifications you need to have before you can legally operate as a coach or manager, something CS:GO lacks. It’s not unfair to say the esport has a long way to go when it comes to development of players and coaching talent. Opportunities like this may not be available to talent in ten years’ time, something that Moses may have weighed up when considering this offer, and the amount of travel involved won’t phase a man who has been part of the CS:GO talent caravan.

The lack of experience Moses brings makes the move a risk, but in a lot of ways it is one that also makes a lot of sense from both sides. Moses gets work in elite CS:GO, having never had that chance as a player, and Liquid get a coach that gets on with their players, has respect from the community and excels when it comes to the public-facing aspects of esports, making this a low-risk/high-reward move for both parties, at least potentially. It’s on Moses and his new team to turn that potential into reality now, and for the sake of CS:GO let’s hope he succeeds.

Counter-Strike: Global Offensive
Share
Tim Masters
Tim is a writer and editor with a focus on multiple esports. His career in esports began in 2013 when he saw Samox’s Smash Bros documentary.