Can Anyone Stop Team Secret in OMEGA League? 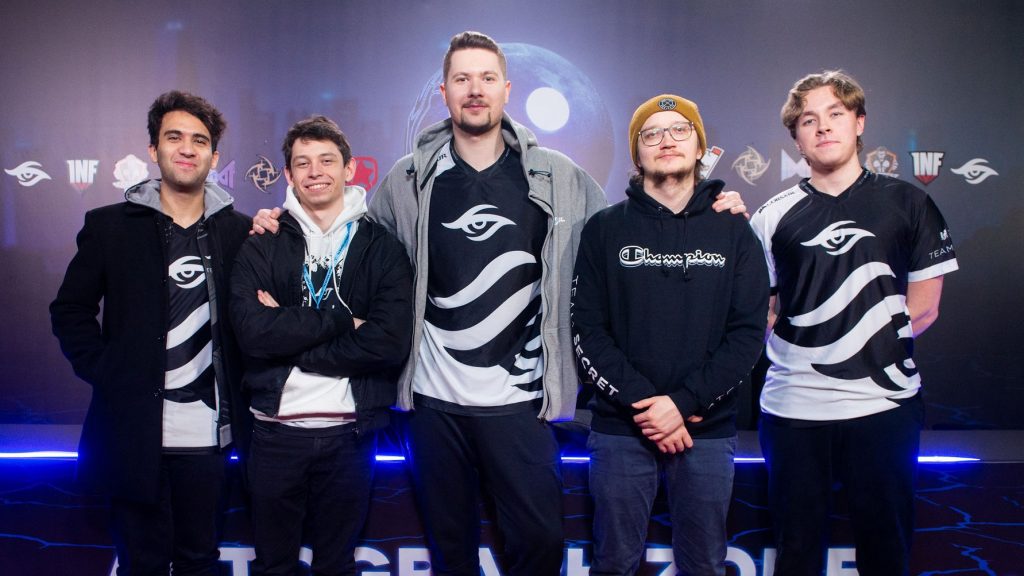 The OMEGA League: Europe Divine Division was scheduled to wrap up its group stage Saturday and the biggest question on everyone’s mind is already “Can anyone stop Team Secret?” While FlyToMoon and Ninjas in Pyjamas will battle it out tomorrow in a tiebreaker, the real attention is firmly on Clement “Puppey” Ivanov and his seemingly undefeatable stack.

The European megapower captured it’s sixth consecutive tournament in June, before heading into a summer break. But even with a few weeks away from the pro scene, the squad doesn’t seem to have missed a beat.

The Best-Known Secret in Dota

Secret went 5-0 in the group stage, with a 10-1 individual match score. They dropped just a single game, which occurred during their series with an otherwise struggling Team Liquid. The stack cleanly swept Group B of the division, which also included the likes of OG, FlyToMoon, Vikin.gg, and Ninjas in Pyjamas. However, even with a few big-name teams in that mix, the group have struggled to mount much opposition to Team Secret.

Indeed the final exclamation point on the team’s group performance was their final match of the stage against OG. In a sweep that lasted less than a combined hour in game, Secret dismantled the two-time TI winners from top to bottom. OG was a team who just a few weeks ago were showing top-caliber form, and indeed elsewhere in the tournament they’ve  performed incredibly. In game one, though, Team Secret made it look like this squad was no different to FlyToMoon or NiP, who’d both barely scratched Secret.

Michał “Nisha” Jankowski carved through his opponent’s with Windranger with the kind of accuracy that made you question whether her abilities were genuinely skill-shots, or if Nisha had them set to point-and-click. His 12/0/16 scoreline helped wrap things up in just 23:24, as Secret sieged down OG’s highground and forced a GG.

By the second game things were starting to look a bit comical. Even Topias Miikka “Topson” Taavitsainen’s signature Invoker wasn’t enough. The talented middle laner barely held out in the early game, while fellow Finn Lasse Aukusti “MATUMBAMAN” Urpalainen popped off for Secret.

Matumbaman: "OG is a really good team. They're in shape again. It could have gone both ways to be honest." #SecretDota #OmegaDota #WePlayOMEGA pic.twitter.com/l9jB6kza17

It’s really hard to call out all the individual things that Team Secret does well, because there’s so many of them. Individual laning, the drafting, the way each carry plays with a lead or when they’re behind – top to bottom they’re brilliant. Not to mention having a pair of supports that know precisely when to greed out and when to be selfless. With this form, Team Secret will simply be scary headed into the playoffs.

The Challengers to the Crown

On the other side of the group, Team Nigma were putting on a similar show to Team Secret, but with a different tune. The TI finalists have been on top in almost every event they’ve entered during the recent online period of Dota 2, and the OMEGA League promises to be no different. Indeed, they look like one of the only squads this event that could but a dent in Secret. But as past meetings have shown, it’ll be an uphill battle no matter how great Nigma’s current form is.

What’s more, this isn’t a flawless team (unlike secret). Once again fielding coach Roman “rmN-” Paley in place of captain Kuro “KuroKy” Salehi Takhasom, the squad has finally started to show some issues with that swap. At OGA Dota PIT Season 2, and event Nigma were victorious at, the substitution seemed like a minor inconvenience at most. Perhaps it even made drafts more streamlined.

However here, the team has struggled more, With losses to Evil Geniuses, and games given up in almost every series they’ve had. In those losses, it’s hard to not notice that it’s rmN- who’s been on the receiving end of some of the most deaths and making the most mistakes. His low point was against EG, with a dismal Disruptor game that saw him wrack up a good portion of his team’s deaths. This is surely due to rmN- just not being the same calibre of player as KuroKy, combined with opposing teams focusing him as a week link. Nigma as a whole will have to step up if they’re going to prevent this weakness from costing them this tournament.

We end the day on a loss, GG to @EvilGeniuses.

Meanwhile, Evil Geniuses, who shocked the Dota 2 scene with a entrance to this EU & CIS event, have perhaps less surprisingly done phenominally well in this event. When faced with the out-of-region talent, such as Nigma and Alliance, the NA team has held their own.

But still things aren’t exactly going perfectly for a team that is surely testing the waters of a move to Europe. Their series against Na’Vi was a low point that saw them pushed to the limit on an individual basis before losing 0-2. In particular, EG struggled in the middle lane with stand-in Danil “gpk” Skutin. Na’Vi’s recent acquisition of Nikita “young G” Bochko has been one of the strongest points of their new lineup. Against EG his Ember Spirit was untouchable, as he clearly outplayed his fellow CIS native.

But that wasn’t the only failing point for EG during this series. The usually sensible drafts of the team fell apart against a few less typical picks from Na’Vi. Alchemist has fallen out of favor in recent months, but the hero can never be discounted, especially when he has a fed Ember Spirit to help him out. As a result, game one was a typical “Alchemist Game” that saw this hero scale into a monster and hard push to end. What’s more, Illias “illias” Ganeev Warlock created incredible amounts of trouble for EG in game two, with seemingly no answer available for his bullying in lane.

Ultimately, even with these strong showings, EG’s record shows that they have a long way to go to be the polished team they were on LAN just a few months ago. The team clearly has a few teething issues, which would be minor if not for the unstoppable monster that is Team Secret looming on the horizon in the near future. 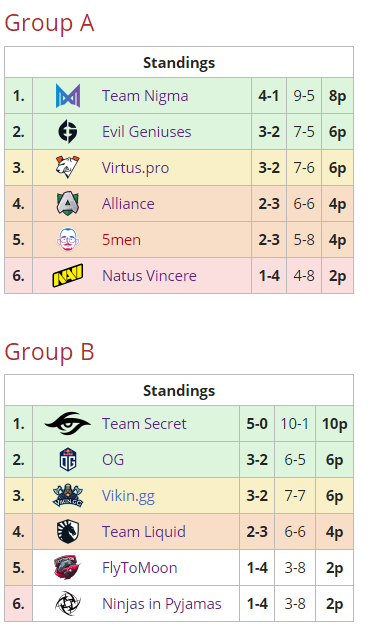 It’s becoming almost redundant to say with their continued dominance, but the only way Team Secret doesn’t win this tournament is if someone is able to step up in a big way during Playoffs. The stack has just three series between themselves and a seventh tournament victory in a row.

Of the competitors that can challenge them, the biggest threat has to be Team Nigma or Evil Geniuses. However, if OG can pull off one of the miracles they’re fabled for (especially in August time!), then there’s another contender. Will all likelihood though, without a serious change or disaster, Secret seem on path to secure yet another tournament win. The OMEGA League continues with the Play-in Stage and Tie-Breakers on August 30th on WePlay!’s official Twitch channel.