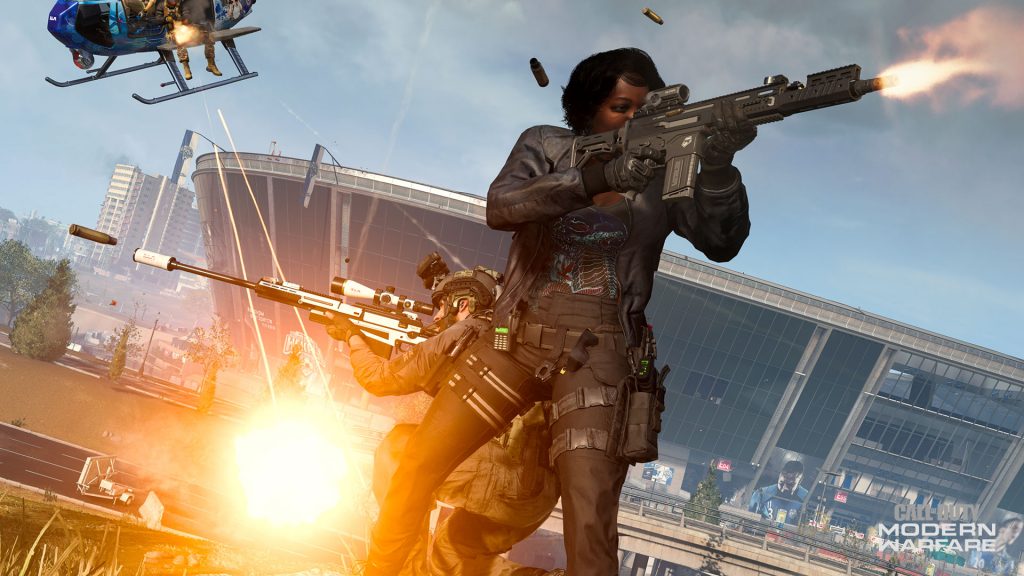 Get ready for all out war. (Photo courtesy Activision)

Season 4 is about to get even bigger.

The new update will add 50 more players to Quads playlist and guarantees more hectic, intense gunfights across the map. Activision confirmed 200 player lobbies were eventually coming to Warzone, and the wait is finally over.

The update also adds a new Supply Run Contract and a new piece of gear called the Spotter Scope. The new contract directs a squad to a nearby Buy Station where they can purchase items at a discounted price for a limited time. The Spotter Scope is a reusable item that allows players to mark enemies in the distance and helps them plan their routes around the map.

Players can also enjoy a new multiplayer map called Cheshire Park. The map is set in London, England and players will fight through townhomes, stores, and sidestreets. They can also battle to control the central area and gain lines of sight in the various two story buildings.

The new Rytec AMR sniper rifle will also be added in the update and can be used in multiplayer and Warzone. The powerful .50 caliber weapon is one of the strongest semi-automatic rifles in the game and is a powerful tool in the right hands.

A new multiplayer mode, Team Defender, will also be available after the update. The classic game mode is a twist on traditional Capture the Flag and eliminates the two flag system. There is only one flag at the center of the map which players fight to capture. Players earn points for holding the flag so teams must work together to protect their teammate holding the flag.

The Season Four Reloaded update will have a download size of 22-36 GB. Console players will also have another 3.5 GB download, but they can uninstall other data packs if more space is needed. The update will go live at 11 PM PDT on June 30th.