Call of Duty: Warzone to be Released Tuesday 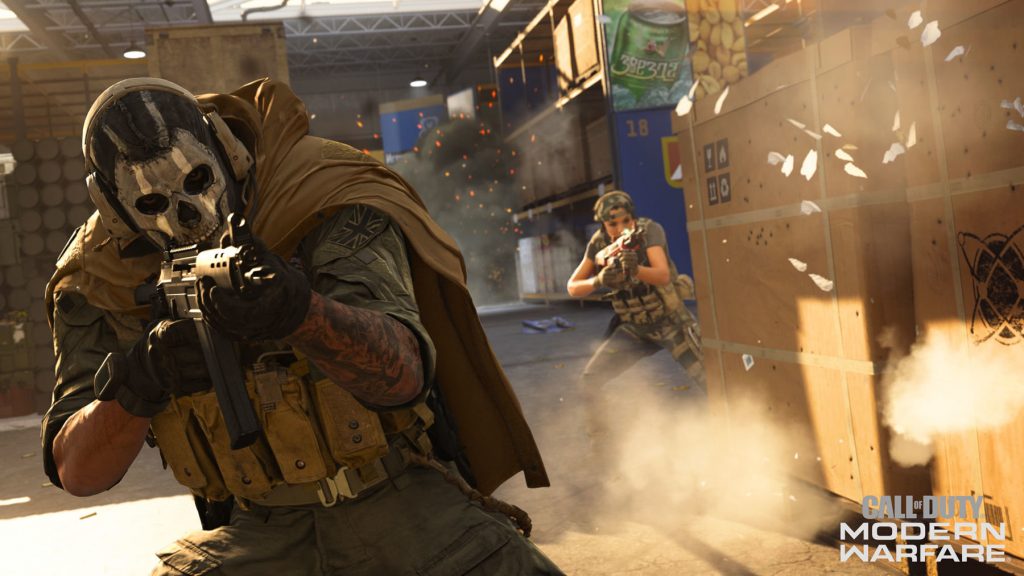 Call of Duty: Warzone has officially been announced with a brand-new trailer. The trailer confirms it will be free-to-play for everyone and will introduce two new game modes. Both modes will be released March 10th.

Call of Duty: Warzone was first teased last month with an in-game cinematic and a new “Classified” tab in the main menu. Several leaks and glitches have allowed players to enter Warzone lobbies and see parts of the map throughout the last few weeks, but nothing official has been announced until today. The Classified tab now features a countdown confirming the game is coming Tuesday.

The trailer revealed that each match will support 150 players and will have a similar drop-in featured in other battle royale titles. Warzone will also feature two game modes: battle royale and Plunder. The battle royale mode will function similarly to other games as players will drop in, search for loot, and fight other teams as the map closes around them.

Plunder is a unique game mode that requires players to accumulate a total of $1 million in cash. Players must complete various tasks and eliminate enemies to reach the amount before other teams, and the game mode will be a more casual experience than the battle royale mode.

The map will also feature hundreds of points of interest and will feature several locations already present in Modern Warfare multiplayer maps.

The trailer also confirmed several vehicles will be present in Warzone such as jeeps, helicopters, and ATVs.

Warzone will introduce a brand-new cash system that is a big part of both game modes. Every player starts each match with no cash and must find or earn it throughout the game. There are contracts players can complete which require specific tasks to be done. Players can also pick up bounties which shows them a random player’s relative location. If they successfully take out the enemy, they receive a cash bonus or other benefits such as XP and weapon XP. The player marked as the bounty will be alerted which adds an interesting dynamic to the game.

Players can also use cash at Buy Stations which are located around the map and allow players to purchase various items such as gas masks, armor, and killstreaks. Players can only carry one killstreak at a time and cannot earn them the traditional way. Cash can also be shared among teammates and can be dropped to pool money together for better items.

The battle royale mode will also feature a health regeneration system, according to Charlie Intel, which will eliminate the need for bandages or med kits. The armor available at Buy Stations will play a major part in maintaining a competitive advantage against enemy teams.

After players die, they will have a chance to come back through a brand-new mechanic. When a player is eliminated, they will be taken to an area known as The Gulag. Here they will fight to the death against another player, and the winner will be redeployed to the Warzone map.

Players can also be brought back if their teammates complete enough contracts and earns enough in game cash to revive them. Teams can also buy redeploy tokens to bring their teammates back, but The Gulag is an exciting and fun way to earn your way back into a game. Plunder will not feature The Gulag and players will only be taken there after their first death.

The looting system in Warzone is much simpler than the system featured in Blackout which required extensive inventory management. Ammo will be picked up automatically and there will be no limit on the amount you can carry reportedly. This is a major change that will allow for fast paced gameplay without having to worry about space in a backpack. There will also be a ping system similar to Apex Legends that allows players to quickly communicate and identify enemies, locations, and items.

Warzone will feature cross play across all consoles like Modern Warfare, and players who do not own Modern Warfare will be in the same matchmaking pool.

Call of Duty: Warzone is set to release Tuesday across all platforms and is promised to be a fun and unique take on the battle royale genre. Players can drop in solo or with their friends and try to secure their first victory in the brand-new game.