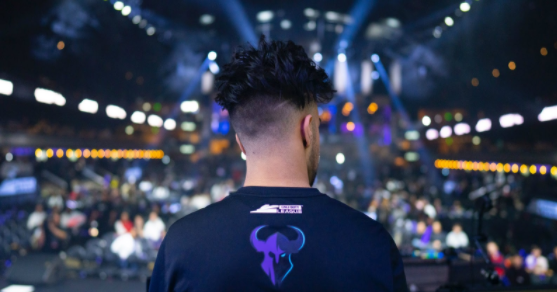 Minnesota showed up big for the opening weekend of the Call of Duty League. (Photo courtesy Minnesota Rokkr)

The Call of Duty League is a new era for professional Call of Duty. The CDL kicked off  in Minnesota with a weekend that promised to deliver thrills, excitement and all the great gameplay fans of the scene have come to expect. After a shaky start with delays and some awkward spectating, the weekend found its footing.

The league got off to an explosive start with the anticipated match between the Dallas Empire and Chicago Huntsmen. The Huntsmen’s iconic talent overcame the inexperienced young guns of the Empire, leading to a 3-1 victory to kick things off. They were both considered some of the best teams in the league, but Chicago looked much better throughout the match, only struggling in one map of Search and Destroy.

Things went down to the wire between the Seattle Surge and the Florida Mutineers in a nail-biting five-map series. Preston “Prestinni” Sanderson took the spotlight with a clutch SnD performance in the fifth map. The Surge never quite got their footing which would come into play during their upcoming match with the Ultra.

The opening night concluded with a Minnesota victory over the Los Angeles Guerrillas after the use of a restricted perk caused LA to forfeit the second map which tied the series at 1-1. The Guerrillas lost all their momentum after that and the RØKKR (led by Adam “GodRx” Brown) capitalized on the mistake to win the series 3-1, a solid victory in front of their home crowd.

The London Royal Ravens took the first shocking victory of the league with their dominant 3-0 win over the New York Subliners. London played explosive and fast, led by the exciting Dylan Henderson. The Subliners were considered one of the better teams in the league but the Royal Ravens showed everyone they should be considered the real deal.

Seattle dropped another close match that went to the wire in another map-five against the Toronto Ultra who were making their debut for the weekend.  Adrian “MeTTalZz” Serrano was a massive difference maker for the Ultra while the Surge’s SnD woes led to them losing both their matches for the weekend.

The Los Angeles Guerrillas bounced back after their match against Minnesota the previous day with a five-map win against the Florida Mutineers. Touted as one of the bottom teams in the league, LA had a good showing this weekend with a hard-fought win while the Mutineers were so close to breaking into the spotlight as a team to watch, but they fall just short for the moment. Despite that, they show promise moving forward in the league.

OpTic Gaming Los Angeles hoped to start the Call of Duty League off strong against the Paris Legion but fell in a close match 3-2. It’s a new looking OpTic this year as some of the most iconic former players went to different teams around the league. Unfortunately, they disappointed fans that stayed with the team with a loss to the Paris Legion who many thought to be the weakest team in the league heading into the weekend.

The Dallas Empire weren’t able to bounce back against the incredible Atlanta FaZe as Atlanta disposed of the Empire with an easy 3-0 victory. Reigning MVP and World Champion – Chris “Simp” Lehr lead the charge for Atlanta while the inexperience of Indervir “iLLeY” Dhaliwal and Anthony “Shotzzy” Cuevas-Castro for Dallas continued to show.

Battle Of The North

Just like the London Royal Ravens stunned New York, Paris Legion came out swinging in the battle of the European teams beating the Royal Ravens in a resounding 3-0 performance. Matthew “KiSMET” Tinsley is an animal both on the battlefield and in the post-game interviews where he can trash-talk with the best of them. The Paris Legion went 2-0 over the weekend despite all the doubt placed upon their potential as a team.

In a battle of the old versus new OpTic Gaming, the Chicago Huntsmen destroyed the new-look OpTic Gaming Los Angeles 3-0 where the match never seemed to sway in favor of LA as Dylan “Envoy” Hannon of the Huntsmen shone brightest in a team of legends. This was also the most watched match of the entire weekend, with YouTube viewership peaking at over 100,000. Chicago showed up big this weekend and proved their spot as one of the best teams in the league.

The Atlanta FaZe continued their dominance, this time against the New York Subliners in a 3-1 victory. They were one map away from a perfect weekend when the Subliners were able to steal one off Domination from the insane play of Thomas “ZooMaa” Paparatto. FaZe continued their SnD dominance as well and proved to everyone they are truly the best team at the start of this league.

The anticipated “Battle of the North” finished off the opening weekend with a match between the Minnesota RØKKR and the Toronto Ultra. Minnesota took the victory 3-1 with a cheering crowd behind them. Obaid “Asim” Asim turned up in the match alongside his teammate Justin “SiLLY” Fargo-Palmer. Minnesota wrapped up their weekend going 2-0 and their strong team chemistry will look to propel them forward as the season goes on.

With the launch weekend of the Call of Duty League wrapped up, there is still a lot of play left throughout the 2020 season. The leagues next stop will be London, England hosted by the London Royal Ravens. Going forward, the format of play will be tournament style with eight of the 12 teams competing at each stop.