Call of Duty: Bubble Ops – Would it Work? 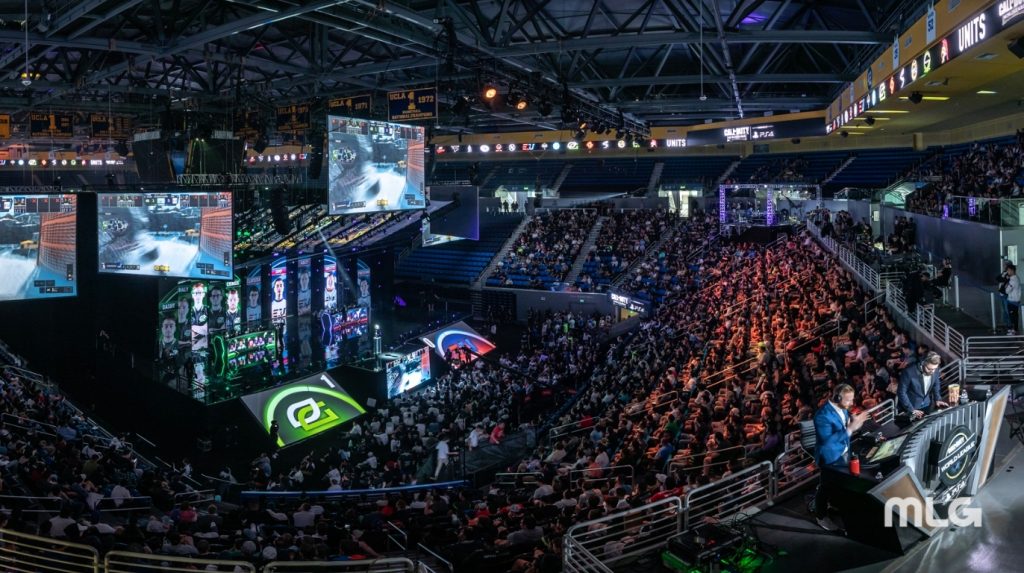 A "bubble" system has been rumored for the next CDL season. But could it work? (Photo courtesy MLG)

According to a report from Esports Observer citing “multiple sources,” Call of Duty League officials are discussing a potential bubble scenario for the 2021 CDL season. This system seems similar to what the National Basketball Association is currently doing for their 2020 playoffs. The report states that Activision Blizzard asked owners to consider a bubble that “requires all of the league’s teams to relocate for the upcoming season in order to compete.” It also mentioned Las Vegas and Dallas as two possible bubble locations. This would potentially be on top of a plethora of other changes coming to the league, including a switch to 4v4 and to using PCs with controllers.

The upcoming 2021 season would only be the league’s second season, after the 2020 season was forced to switch from offline events to online tournaments following the arrival of the COVID-19 pandemic. With the pandemic still in full swing in the good ol’ U.S. of A, the original plan of hosting offline events with crowds in each franchise’s city is still off the table.

One of the first pro players to react to the suggestion turned out to be one of the league’s biggest stars, in Chicago Huntsmen’s Seth “scump” Abner, who responded to the bubble idea live on stream. He was not pleased with the idea, to say the least.

Scump expressed his concerns about being away from his house, his girlfriend, and his pets for an extended period of time. On the Huntsmen’s official Twitter account, Scump clarified his thoughts on the bubble, saying that if it lasted for “five months,” then it would be “overkill.” However, he did say that if it was for “two weeks to a month leading to Champs or a mid-season playoff,” then he would be good with that.

The Huntsmen’s boss Hector “H3CZ” Rodriguez echoed some of Seth’s sentiments, regarding a desire not to spend five months away from family, pets, and other responsibilities. Lots of fans online like the idea from a pure content perspective, and Toronto Ultra player Methodz finds himself among them.

The good, the bad, and the bubbly: will a CDL bubble actually work?

The basics regarding safety can be lifted straight from the ongoing League of Legends World Championship; one central location, preferably in a country that has its shit together, zero to limited crowds, and social distancing for players, staff, talent, and anyone else at the venue. With less travel compared to previous years, players and talent can get more rest and recovery, meaning better performances from both groups. These basic precautions let the teams compete offline, ensuring competitive integrity.

Regarding scheduling, a Call of Duty League bubble would have to figure out the right amount of time between matches. If games are too frequent, then players run the risk of burnout. If games are too far apart, and the bubble drags on for too long, players will get homesick quicker and grow more frustrated. Either way, play will suffer. Regardless, the amount of games played should be shortened, so that the players don’t get burnt out and the bubble doesn’t get dragged out. 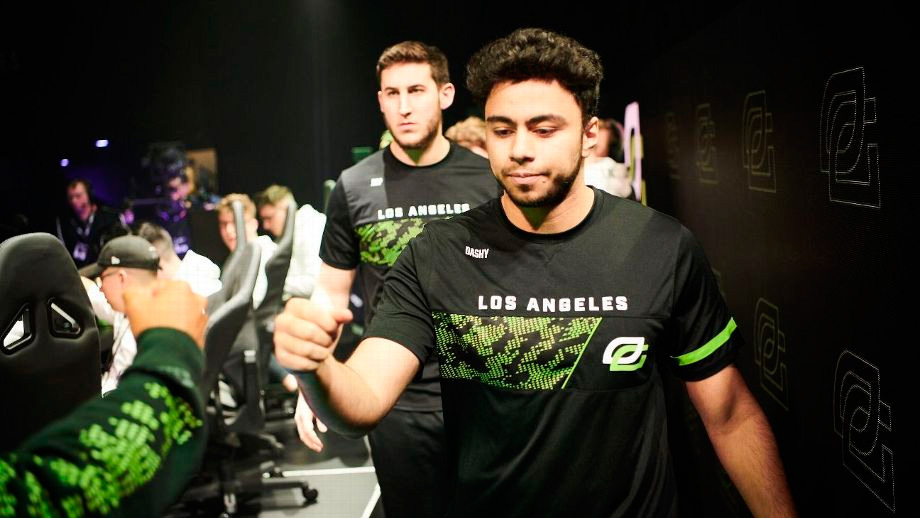 Will players still be bubble buddies after seeing each other every day for weeks on end? (Photo courtesy Ben Pursell / Activision Blizzard)

Now what about format? During the past season, each home series had eight teams competing in a double-elimination group stage format with a playoff to follow, with Launch Weekend and the Championship as an exception. The Launch Weekend however, while it was able to field all 12 teams at once, used a boring and stake-less format that didn’t provide any drama at all.

One example that the Call of Duty League can look to for how to use a format ideal for 12 teams is the CS:GO league Flashpoint’s season one. Using their format, the 12 teams are split into three groups of four, and each group plays a double elimination format. Teams are rewarded points based on where they finish in their respective group, and once they’re all done, they shuffle the groups and play again. They could even use Flashpoint’s idea of letting the teams themselves pick the first set of groups, and broadcast it for some good content.

If this sounds familiar to CDL fans, that’s because it’s essentially a slightly tweaked version of what each home series was, except that it incorporates all 12 teams instead of eight, and each stage doesn’t also have a finals, just a final double-elimination bracket with all 12 teams at the end with seeding determined by how the earlier group stages went.

Each group stage would see each team play either two or three series, depending on how quickly they’re eliminated. So if the teams played, say, five of these group stages, then each team would play between 10-15 series over the season, which is down from the roughly 20-35 each team played last year. 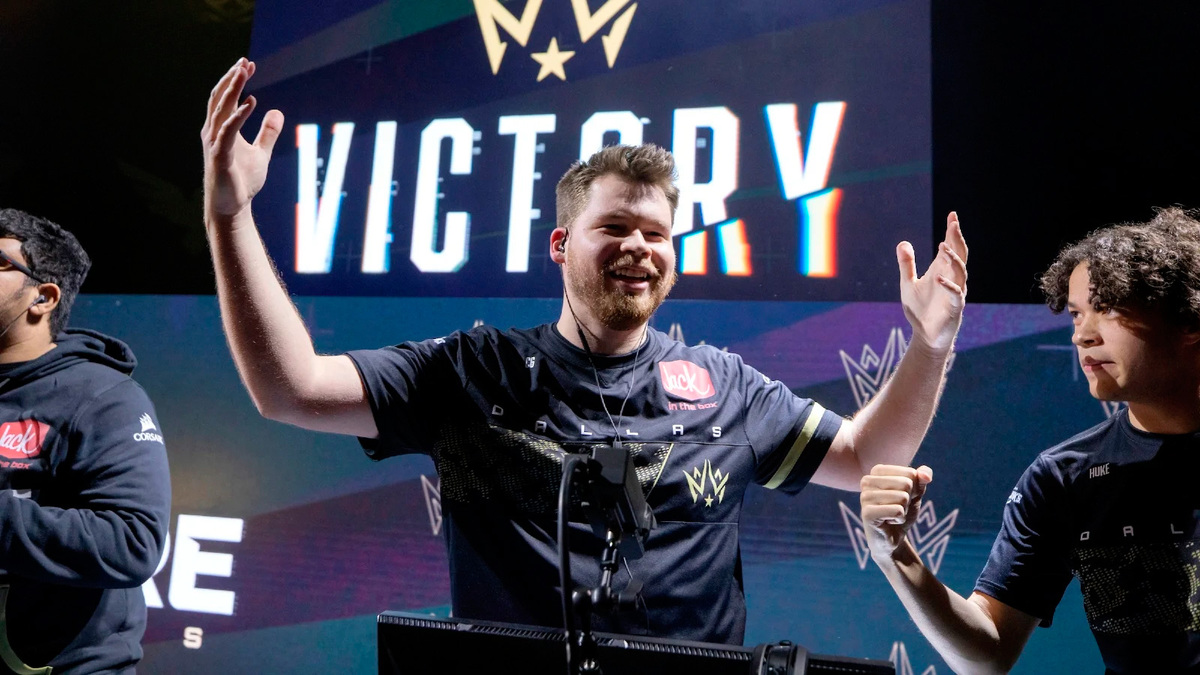 Dallas Empire played 35 series last year, including Champs, the most out of any team. (Photo courtesy Robert Paul / Activision Blizzard)

Activision Blizzard could also look to their own recent history for season format ideas such as season one of the Overwatch League and the final season of the Call of Duty World League. With this format, teams compete in two-three weeks of round robin play with weeks of break in between, culminating in a playoff. Players could choose to stay or leave the bubble during breaks, with players choosing to leave obviously having to be tested upon return.

Online vs LAN is a debate that has been going on since competitive CoD’s early days, and esports for that matter, and the switch to online this year presented a handful of problems during the season. More LAN matches this next season means less connectivity problems and better competition, but would mean a longer bubble. At the very least, Champs has to be offline, meaning a player bubble for, at minimum, two weeks.

There’s no trade secret or magical method that will make the planning and running of a CDL bubble run perfectly. But the best way to make decisions? Include everyone in the decision-making process, and that means players, owners, production staff, and CDL officials/employees. Give everyone a voice, leave no idea unconsidered, and be willing to make compromises when necessary.

The NBA bubble has actually produced some improvements to basketball that will hopefully remain. For example, no photographers along the baseline mean less injuries and players more willing to drive hard to the basket. While it’s not a given that CDL, or Call of Duty as a whole, will improve after the bubble, the parties involved in planning it may end up stumbling upon an idea that brings the experience back to the heights it deserves to be at.

Call of Duty
Share
Scott Robertson
Scott Robertson is an esports writer based near Chicago, with a lengthy history covering CS:GO and a recent fascination with VALORANT. His free time is spent crafting campaigns for Star Wars RPG, and scrolling through TweetDeck again. He’s impatiently awaiting Cyberpunk 2077.
Follow me