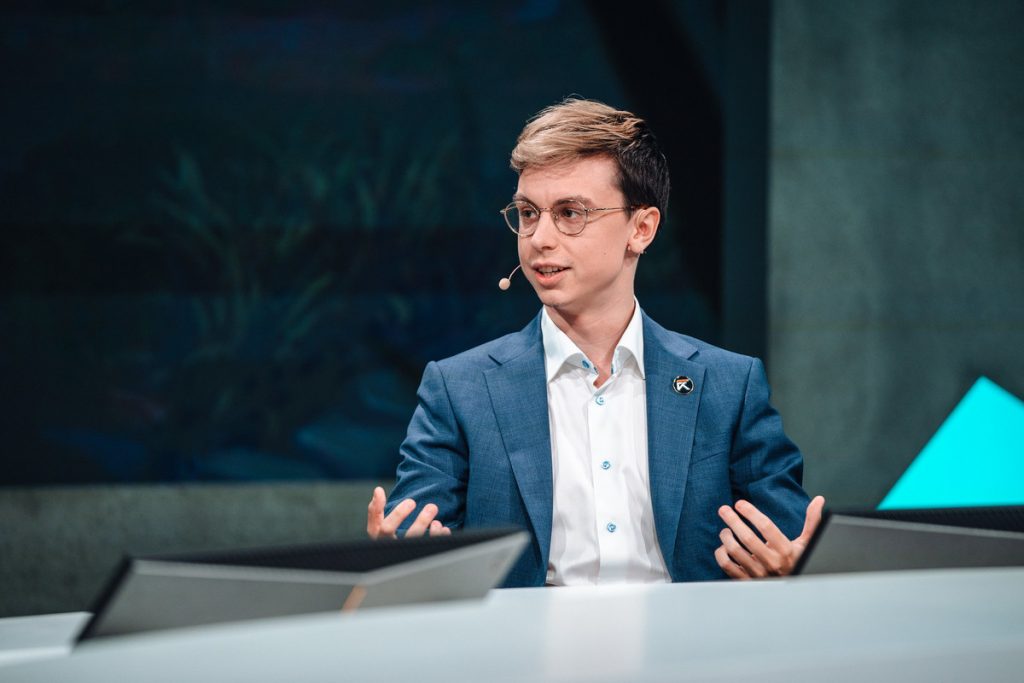 Marc Robert “Caedrel” Lamont has announced that he is retiring from professional League of Legends. His recent enjoyment casting allowed him to see a different perspective on the game, which is almost like ‘a spark in his life’. This reasoning is why the British player is retiring after playing at the top of the European scene for three years.

Caedrel is mostly known for his time spent jungling and captaining Excel Esports in the LEC. He was a central figure in the team’s two-year plan and gave a good shot at improving every iteration the roster sent to Berlin and the online servers. The roster gave their best shot in the 2020 Summer Split regular season when they were in close competition with Schalke 04, Fnatic for some of the remaining spots heading into the Summer Playoffs. While the team narrowly missed out, he managed to captain several rookies and other promising players to a Playoff spot.

Since failing to reach playoffs and Worlds, Caedrel has become a vital part of the LEC broadcast team. Throughout the Summer Playoffs, the jungler was invited to cast and analyze segments with the likes of Trevor “Quickshot” Henry and more of the LEC team and other guests. It is here where his personality shone through, coining phrases such as ‘illegal gameplay’.

His analytical skills during the Summer earned him another shot to take part in the Worlds 2020 broadcast segments throughout the entire event. His last appearance on the broadcast was on October 25th, where he was on the analysis desk with Indiana “Froskurinn” Black and Eefje “Sjokz” Depoortere working the Suning vs Top Esports series.

With this new experience under his belt, Caedrel admits this is where his journey as a player ends. He is going to transition into a freelance casting role, while still playing solo queue and trying to be the best player he can be. Whether we see Caedrel make an appearance in the LEC in 2021 is unknown, but the amount of value his analysis brought to the desk would make him a great addition to the broadcast in the new season.