C6: “Everyone sees [Empire’s potential] and that’s what teams are afraid of.” 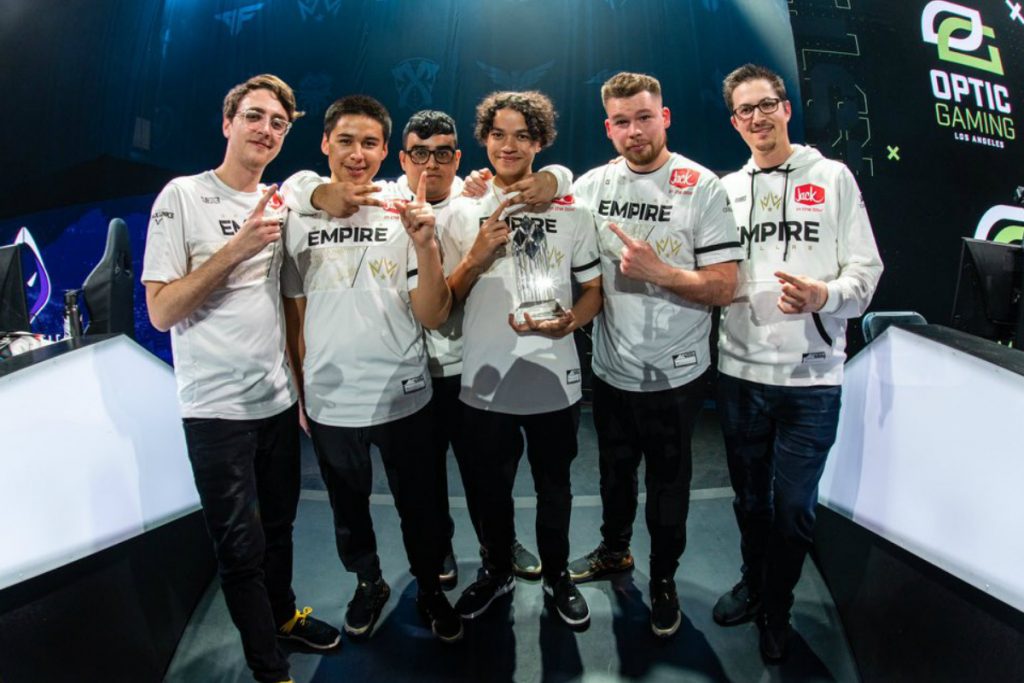 High expectations can go two ways. On one hand, those expectations can be met quickly, and when they do everyone will raise their fists in triumph. On the other, failing to live up to those lofty ideals can cause people to turn on even the best and count them out before really getting the chance to prove themselves.

For the Dallas Empire, the high standard set for them at the beginning of the season was in the balance heading into the Los Angeles weekend, but the event would give them the perfect opportunity to right the ship. With a change in approach to their play, the Empire were ready to face the moment and if their arrival was any indication, they would do it in style and prove to everyone what they already knew—they could be the best.

Hotspawn was able to talk with Ian “C6” Porter (formerly Crimsix) at CDL Los Angeles about the Empire’s change in strategy and what they need to do to live up to lofty expectations.

Hotspawn: You guys have consistently gotten better at each event. This one saw a big shift in terms of the team’s approach to roles. Could you explain a bit about what has changed to help you reach this point?

C6: A lot of teams were having their smoke player also run trophy and that guy is sort of on the “bitch role” almost, like just go straight to the hill pretty much. Before, our problem was we would have two people that could possibly pinch in situations, but now with that [change], what it allows is a third person to pinch. Before, we would have a smoke player who was forced to go to the hill, and we would also have a trophy player who was forced to go to the hill. Now we have three people that are running dead silence and a stunner/flash so they could do whatever they want. I think that has made Ant [Shotzzy] play a lot better. (Pointing to Huke) Cuyler’s got by far the most difficult role on the team, but he played incredible yesterday. Right now, I think this is the meta we are probably going to use the rest of the year.

Losing to both of those teams [Atlanta, Chicago] really pissed me off.

Hotspawn: In terms of having Huke play that role, is this a new thing that came through this week with the addition of Rambo [New Head Coach] or was this something that was already in the works?

C6: No, I saw FaZe do it and we also saw JKap do it on OpTic. I was really thinking about it and how that is a good play and really smart decision and it sucks for the one guy on that role, but the overall game feels a lot better because of it. Now, we always have a guy watching pinch or pinching.

Hotspawn: Aside from the role-change, just in terms of general mindset, there was a lot of expectations for you guys coming into the season. And of course, if you have some rough matches people like to write you off. How do you, or any of the other players sort of battle against that type of pressure and those high expectations?

C6: It’s hard to speak for the other guys on the team, but in Minnesota, losing to both of those teams [Atlanta, Chicago] really pissed me off. Now, I’m just in the mindset and the zone of like ‘Dude, we are so close.’ If we have ten mistakes on a map and we fix five of them we are beating them. If we fix nine out of ten—we would be unstoppable. That’s the thing, everyone sees the potential. Everyone sees it and that’s what teams are afraid of and we are optimistic. It’s really hard to get mad when everyone on the team knows we can be the best.

Hotspawn: So, it was never a confidence issue?

C6: Yeah, exactly. It’s different because I haven’t played with, besides maybe Dashy but that was a little bit different, that this is the first time where there are multiple people on the team where this is their first year actually playing professionally. You know, the scale of the CDL is a lot bigger than what it was all throughout Call of Duty.

Hotspawn: When you do play to your potential, you are arguably the scariest team in the league. How do you guys try to continuously reach that potential and live up to those expectations as you move on through the season? Is it something as easy to point out like simple mistakes or is it something bigger than that?

C6: Our biggest problem is just making the smart play at the correct times. One of our problems is like at the end of games, where the team will have one push and that would be like the most coordinated push of the entire map. Our problem was while they are making that coordinated push, we weren’t making the best coordinated hold. They [Shotzzy, iLLeY] are new still, so in online it’s just random. People play out the map and aren’t really trying as a coordinated team, but in a tournament setting people are gonna set stuff up and they are going to execute at the same time. That’s what they’re not used to yet. It comes down to team coordination. Just to understand that the last push or the last hold of the game is going to be the best one throughout the whole match.

Not to be outclassed by their entrance, the Dallas Empire exited Los Angeles in style, winning the championship in a 3-2 victory over Minnesota. The Empire went 4-1 on the weekend with their only loss a close contest against Atlanta that doesn’t do the 3-0 score line justice. The change in roles for Dallas has paid off so far and like C6 said, once the team does reach their potential, they could cement themselves as kings going forward. The Empire will be tasked with defending their crown at home for the next CDL event and if the Los Angeles weekend was any indication, they just might defend their castle walls successfully.