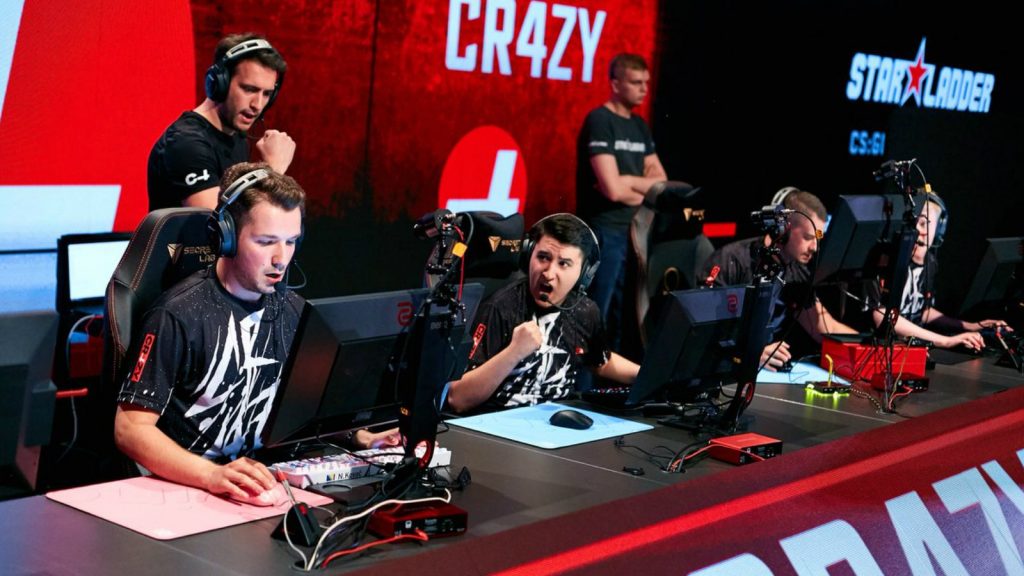 The CR4ZY roster has been confirmed it will be sold to C0ntact Gaming and will compete in North America. (Photo courtesy StarLadder)

A week ago it was revealed that CR4ZY were selling their Counter-Strike: Global Offensive roster to a North American organization. Global organization, C0ntact Gaming has been confirmed as the company to buy out the roster.

While the name may be unfamiliar to the CS:GO scene, C0ntact Gaming has some real money and backing behind them. They are the owners of the Paris Eternal in the Overwatch League and the Paris Legion in the Call of Duty League. The organization’s leadership also has ties to big name sports franchises such as French Football Club, Olympique de Marseille.

The Paris focused group has purchased the CIS roster of CR4ZY for over 1.5 million dollars. This is comparable to Evil Geniuses and 100 Thieves purchases of NRG Esports and Renegades CS:GO teams respectively.

2019 was CR4ZY’s (formerly Valiance) breakout year in the Counter-Strike scene. The roster broke into the upper levels of contention at events like the World Electronic Sports Games and multiple DreamHack tournaments. CR4ZY even managed to make it to the StarLadder Berlin Major and were one game away from advancing to the Champions Stage. From this, CR4ZY gained an automatic invite to the ESL One: Rio Major’s New Legends Stage, which is a factor in their high selling point.

The former CR4ZY squad will be moving to North America to compete in the regional leagues and tournaments under the C0ntact Gaming banner. This will not be the end of CR4ZY in Counter-Strike, as CEO Antonio Meic is committed to fielding a new roster.

It is unknown exactly when C0ntact Gaming will be ready to play their first match, but this move is a promising one for the North American scene in 2020. Hopefully they are able to establish themselves as competitors out of the gate.