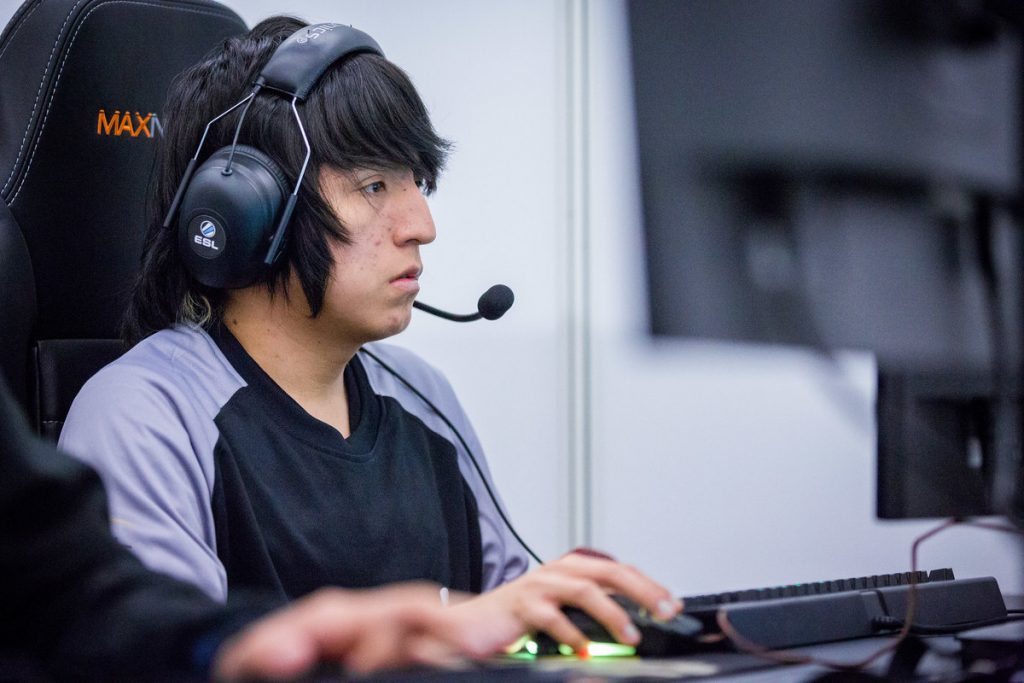 Infamous brushed aside their rivals in the play-in stage, securing themselves a last-minute playoff berth. (Photo courtesy ESL)

The playoff bracket at the OMEGA League Americas Divine division is now set, as the four-team play-in stage is now complete as well. The third and fourth place teams in each group were seeded into said stage following the conclusion of the preliminaries, whilst the top two squads of the groups advanced directly into the playoff upper bracket.

North American mainstays business associates were knocked out of the tournament by Peruvian/Bolivian roster Omega Gaming in the first match, who entered the event through the South America Hispanic qualifiers. Business associates struck first in the contest, swiftly defeating their rivals in just 22 minutes to open things up. To this end, veteran Canadian carry and temporary stand-in Jacky “EternaLEnVy” Mao completely took over, staying flawless on his way to an 18-0 scoreline as Gyrocopter.

Team Omega Gaming advanced to the Lower Bracket of the Americas Divine Division Playoffs after defeating @BusinessDota! At the same time, Business Associates got a spot in the Americas Ancient Division! GG#OMEGAdota #WePlayOMEGA @DOTA2 pic.twitter.com/c2OEQFovXV

The associates held onto their massive lead all throughout the first game, with their net worth advantage staying well out of the South American team’s reach. Their edge never faltered even once, and reached as high as 20,000 gold by the end of the game. Their 43 kills versus the ten from the other side definitely helped in this regard as well.

Unfazed by the drubbing they received at the hands of the North American roster, Omega Gaming countered their opponents’ advance in the next game in convincing fashion. Though the game itself was relatively quiet for the first 15 minutes, things really started to pick up in the South American team’s favor shortly thereafter. A one-for-four trade going their way allowed them to take a small lead — which they were able to hold onto the rest of the way.

Carry player Juan “mingatte” Mamani made sure of this, cruising to a 12-0 ratio as Phantom Lancer alongside Gonzalo “DarkMago” Herrera’s 9-1 Tiny. The latter’s burst damage was likewise too much for the business associates to handle as their low health draft crumbled thanks to the power of the Toss-Avalanche combo.

Omega Gaming sealed the deal in the third game, though it was quite a bit closer this time around in terms of the kill score. The associates secured a bit of a net worth lead in the opening minutes of the map, but the advantage was snatched away by Omega Gaming thanks to a few key teamfight victories in the mid game.

Once again it was the twin cores of the South American squad that did the heavy lifting, keeping Clinton “Fear” Loomis’ Nature’s Prophet pick from snowballing out of control. From there, Omega Gaming kept their losses to a minimum, protecting their lead on their way to a 32-minute win. This was of course a surprising but welcome result for the lesser known squad, who will relish the opportunity to prove themselves in the playoffs against other marquee American teams like beastcoast and Quincy Crew.

Meanwhile, the other side of the play-in bracket saw direct invitees Infamous sweep aside Boonz + Goonz in just two games. The mixed Peruvian/Bolivian/Argentinian roster took care of business well in both maps, knocking their opponents out of the competition in just over 70 minutes of total elapsed time.

.@Infamous_GG defeats Boonz + Goonz and gets the last spot in the Lower Bracket of the Americas Divine Division Playoffs! Boonz + Goonz will fight in the Americas Ancient Division! GG#OMEGAdota #WePlayOMEGA @DOTA2 pic.twitter.com/VI9poo1Y7F

The first game was quite the show of force from Crhistian “Pakazs” Savina, who piloted his Morphling pick to near perfection. His GPM clocked in at 721 by the end of the 31 and a half minute game, which translated to a blazing fast Linken’s Sphere timing of just 13 minutes. He followed this up with a 22-minute Ethereal Blade, which he proceeded to wreck face with on the way to a total damage score of 36,300.

Although they did lose all five of their heroes in a mid game teamfight, Infamous made sure that their lead would not slip away. They gathered themselves in the final ten minutes, keeping their momentum going and dashing any hopes of a comeback from Boonz + Goonz.

The second and final map of the series was closer than the first, thanks in no small part to the efforts of RRL on Storm Spirit. Stomping Eliseo “Kxy” Arancibia’s Invoker in the middle lane, RRL kept his struggling teammates afloat almost single handedly in Game 2. Despite this, however, Pakazs just would not be denied — recording an unbelievable 27 kills and zero deaths on Phantom Lancer.

The 37-minute Divine Rapier pickup tells all that you need to know about his performance, and just how little Boonz + Goonz could do to stop his onslaught. By the end of the game, Infamous’ net worth lead was almost at 30,000 gold, indicating an absolutely hopeless case for their rivals. Infamous now await the loser of Thunder Predator versus 4 Zoomers.

Make sure to catch the OMEGA League Americas Divine division playoffs, which will kick off on Sunday, August 30th with the aforementioned Thunder Predator versus 4 Zoomers. You can watch the games unfold on WePlay!’s official Twitch channel.