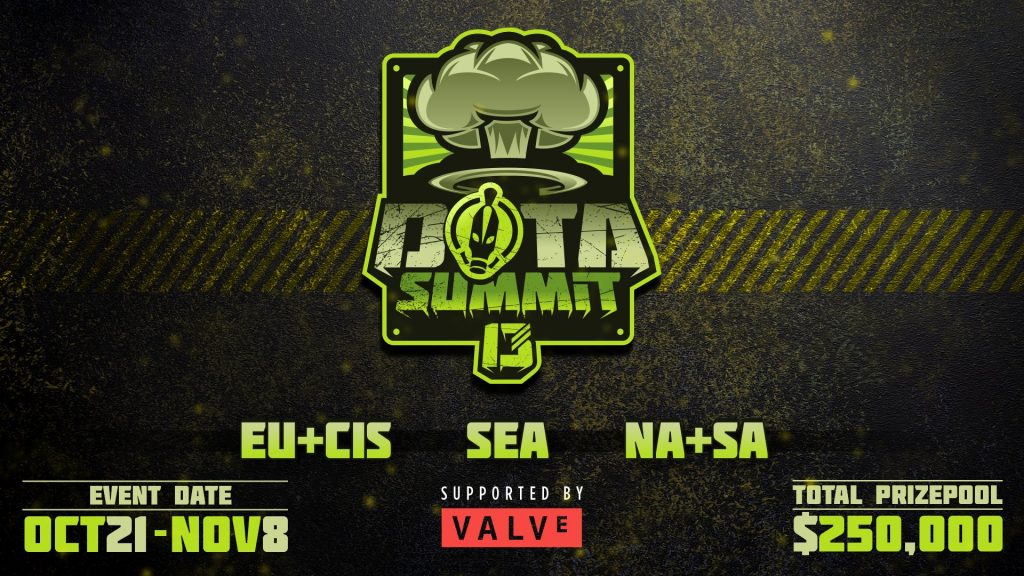 Summit 13 will be the first Dota 2 event supported officially by Valve in months. (Photo courtesy BTS)

There’s still no news on a date for The International 10, but dry those tears Dota fans, as DOTA Summit 13 was just announced – and supported by Valve, nonetheless. The news was released by organizer Beyond the Summit on their official Twitter on Monday, October 12th.

A new event is headed towards us.

The tournament will be the first in many months to be supported directly by Dota 2 developer Valve. As a result the event sits at an impressive $250,000 prize pool. This is also the first Summit event since March 2020. During the disruption caused by COVID-19, BTS had instead unveiled the BTS Pro Series, an online league system which has now run for three seasons.

DOTA Summit 13’s online event will potentially dwarf the level of those tournaments, instead being on the level of something closer to BEYOND EPIC, BTS’s collaboration with fellow organizer Epic Esports Events. The event will run from October 21st to November 8th, clashing slightly with the ongoing ESL One Germany tournament.

Additional details are thin on the ground the moment, but it has been confirmed that here will be at least three divisions, including Europe & CIS, SEA, and, NA & SA. While no teams have been confirmed as of yet, the Summit series of tournaments usually attracts plenty of attention. What’s more with this being the closest thing to an official Valve tournament on the horizon, teams are sure to want to get their foot in the door.

The majority of top EU & CIS teams are currently busy with ESL One Germany, which returns on October 13th after a short break in the action. Hopefully some of the top teams involved in that event will be able to balance commitments between both events and make Summit 13 an event to remember. A link to the full announcement post is available here.