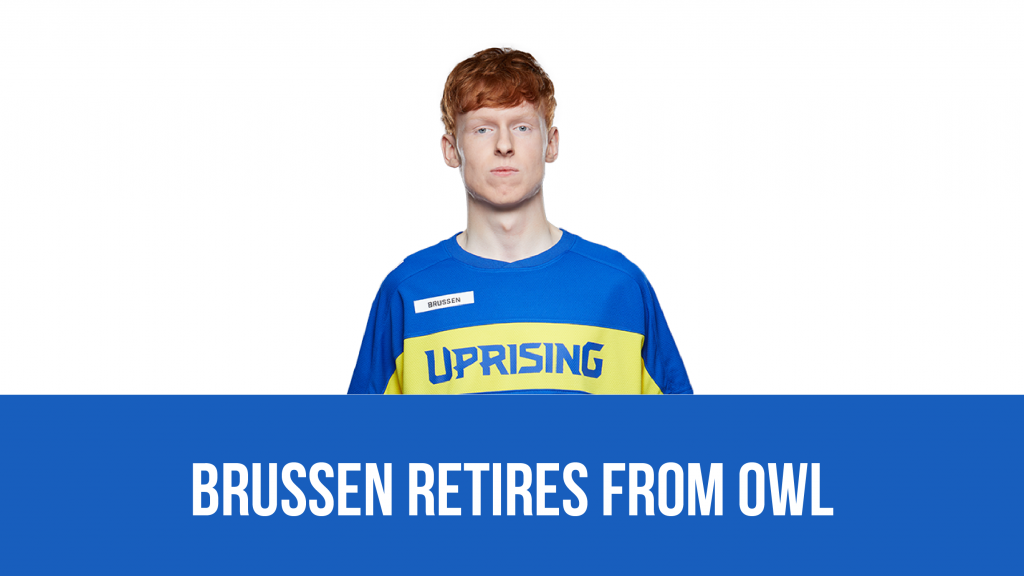 The Boston Uprising announced on Tuesday that their starting flex-tank, Thomas “brussen” Brussen, is retiring from the Overwatch League (OWL) and leaving the Uprising organization. This announcement comes only a few days after Boston picked up 18-year-old flex-tank Leyton “Punk” Gilchrist, who will be replacing Brussen on their starting roster. With Brussen’s departure, Boston is back down to a minimum six man roster.

We thank @brussenn for his contributions this season and wish him the best as he retires from competitive Overwatch.

“I’ve decided to take a break from Overwatch,” Brussen explained in a Twitlonger. “I’ve thought about it for a while and it’s been a hard choice, but it is what is best for me right now. . . I want to thank the Boston Uprising for the opportunity and everyone from the organization for helping me. I’m going to miss the guys and wish them good luck in the remainder of the season. They’ve had a really rough season and hope things turn around, they deserve better.”

Brussen started his Overwatch career in 2018 playing for One.PoinT, an EU Overwatch Contenders team. He then played for a number of different EU Contenders roster throughout 2018 and 2019, until finally earning a spot on the Uprising roster in 2020. Brussen also proudly represented the Netherlands in the 2019 World Cup.

Chris “HuK” Loranger, the Uprising’s President of Gaming, said: “We thank Brussen for his contributions as he stepped up midseason. We respect his decision to depart from competitive Overwatch and wish him the best in his retirement.”

Brussen indicated that he is unsure what direction he will go from here, but he did say that he is currently playing VALORANT. Perhaps he will join the many OWL retiree’s looking to jump ship to Riot’s upcoming tactical shooter.

Brussen’s departure follows in a long line of retirements, from both the Uprising and the Overwatch League as a whole. Since the beginning of season 3, the Boston Uprising have seen three players retire, one player terminated, and one player go on medical leave. Unsurprisingly, the instability of their line up combined with the increased workload created by Hero Pools has led to a very difficult season for the Boston team, who just can’t seem to catch a break.

The Boston Uprising will play against the Los Angeles Gladiators on Saturday, May 16th starting at 7:00 PM EST.