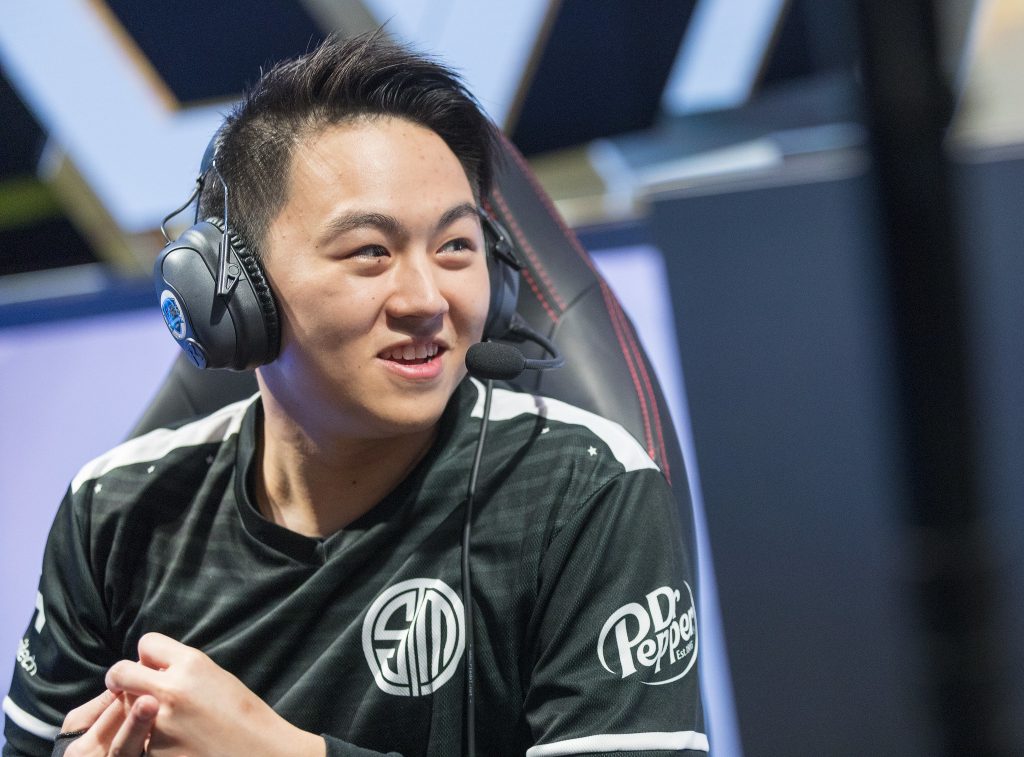 Brandini talks about the benefits and frustrations of the LCS Academy system. (Image via Riot)

Brandon “Brandini” Chen has spent time in the League of Legends Championship Series. He knows what it’s like at the top of the North American totem-pole. The young top laner was even known, for a time on Echo Fox, as the man that could solo kill anyone.

It was an illustrious start to life in the LCS for the former Echo Fox star. He burst into the scene as the man to replace world champion Hyeong-seok “Looper” Jang in 2017, and instantly made an impression against Team EnVyUs. After a time with Echo Fox, his path to him to 100 Thieves, before his career turned straight back into the Academy system.

It’s not like Brandini hasn’t thrived in the development league with his new organization in Team SoloMid. In fact, TSM.A claimed the Academy League 2019 Spring crown with a 3-1 victory over Cloud9 Academy in the decider.

Despite the proof Brandini still has what it takes to play with the big boys, there’s something holding him back – the Academy system itself.

With online game days scheduled for Thursdays and Fridays, the Academy rosters find themselves on a different cycle to their top-level counterparts. The separation causes major problems, though TSM has tried their best to bridge the gap.

“The main problem that arises is that if they really wanted to implement a change in the roster, or promote someone to the starting team then they only have two or maybe three days to sub a player in,” Brandini said of the potential to move up to the top roster.

“TSM do things a little differently in that they make sure that we have a day off Monday, same as the LCS teams, so that we can match them for schedule and things like that. The org wants to keep things consistent for the whole ten-man roster.”

While schedule creates discord for many of the teams in the league – OpTic Gaming coach Thomas “Zaboutine” Si-Hassen has openly expressed his displeasure at the amount of time teams are given to make changes – Brandini believes the lack of stage time is an even bigger problem for young talents.

“Last year was okay because Riot broadcast it, and any of the problems that came about with it kind of came from the fact that it was brand new, and a first-time system,” he said.

“Spring Split was very disappointing with how it was managed, in my opinion. Academy players want stage time, whether it’s online or offline, and that’s really important for their overall growth. Playoffs last split were just top four, which meant only two weeks of stage time, and that felt pretty bad for everyone who was playing.”

In Summer, Riot have changed their format slightly for the Academy streams. Most development games are still streamed out by the organizations rather than by Riot’s official channels. Alongside that, the organizers are hosting one stage game per LCS round.

“It’s great to see they’ve opened this option up, each team will play once, or maybe twice, and that will be really good for everyone that’s trying to make it in the system. Especially considering there’ll be viewers that stick around after the LCS,” he said.

“The league could still be far better though. I know that the LCS had a smaller stage in 2017 for simultaneous games, and I always thought Academy should have some sort of stage where we can play, even just one day a week. Maybe Friday could be a stage match, and Thursday could be at home or something like that.

“I think it’s so important for players to be used to the stage, and all the things that come with that, so when they make the step up to the LCS they’re ready for what it brings. Having stage time in Academy would give a better feeling of competitiveness and seriousness, while also feeling the pressure to perform.”

So if being able to handle the pressure to perform is a key part of making the jump to the LCS, the championship-winning TSM.A squad must boast a few players that fit that bill. Brandini seems to think so. He believes he can return to the top grade. He also has faith a handful of his teammates can do the same.

There are two that he believes are ready for the step up. One is gifted mid laner Nicholas “Ablazeolive” Abbott. The other is new-look jungler Mingyi “Spica” Lu, who joined TSM.A at the beginning of the split. There are just a few kinks to iron out first.

“Ablazeolive is ready to play LCS, but he’s someone that requires someone to control him. Our coach Peter [Zhang] is very good at holding him down and making sure he’s on the right path, so that’s been good at the moment,” he said.

“I’ve been very honest with Ablaze in the past about this, last year I was really upset about how he played, and then this year he showed that again early. I thought it wasn’t going to work, but that got resolved and made me happy and proud to be his teammate.

“Spica has already shown immense growth too, sometimes a player learns a problem about himself and goes away and takes two or three days to work it out and begin to fix it. This guy takes one game to fix whatever problem you bring up.

“He thinks about it, and then it’s gone. I’ve been lucky with junglers in my life, like Levi [Đỗ “Levi” Duy Khánh], Grig [Jonathan “Grig” Armao], Akaadian [Matthew “Akaadian” Higginbotham], and I feel like Spica is on that same path that they were on too.”

With Ablazeolive and Spica both nearing their readiness in the LCS, there’s just one more player that Brandini believes can make the step up – himself. In this case, however, it would be a return, not a graduation.

According to the TSM.A top laner, his return to the LCS can be charted by one thing – consistency. He can deliver solo kills and carries. Now he just has to figure out how to do it week-in, week-out. He has to make sure he brings the same quality to the table for nine weeks straight.

“I’ve shown far more weakness in Academy then I have before, especially compared to my old form. For me it’s about trying to find consistency,” he said.

“I’ve learned this year that I just want to scrap all that stuff about ‘reclaiming my old Echo Fox form,’ and I just want to be comfortable in the environment we’re playing in so that I can accomplish more, and climb over things that challenge me in Academy.

“As far as I’m concerned, I’m ready. I’m ready to make the move back to the LCS, whether that be with Team SoloMid, or any other team in the competition.”