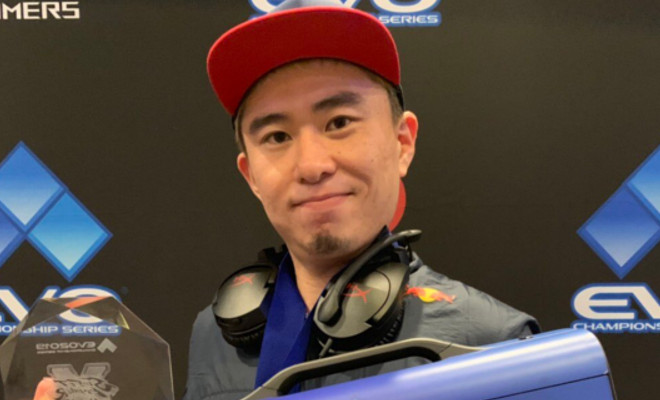 “I feel that the way we professional fighting gamers live is quite hard..." Bonchan said in his statement (Photo via Bonchan/Twitter)

Legendary Street Fighter V player Masato “Bonchan” Takahashi has announced that he will not be focusing on the Capcom Pro Tour as much in 2020.

“I have decided not to prioritize my competitive career such as CPT tournaments and Capcom Cup this season,” he said. “I want to put more time and effort to let people beyond the core FGC know how to enjoy playing video games in general and how rewarding it is to practice and get better at it.”

This move may seem surprising, but to insiders, it’s all too common. The fighting game community has yet to figure out a way to monetize itself in any significant manner, especially when it comes to pro player salaries and winnings. While there are a relatively substantial amount of pro players, the earnings for top players so far as tournament winnings when compared to other esports are paltry.

Just made an announcement on my stream. Please read🙏 pic.twitter.com/TfNCsETnVb

Bonchan even reflected on this in his announcement.

“I feel that the way we professional fighting gamers live is quite hard as only the champions benefit from the prize money while a huge number of participants keep paying for their travel and accommodations to stay relevant.”

In games like Street Fighter, it’s the players that are able to build a following on sites such as YouTube and Twitch that end up having longevity and security in their careers that go beyond tournament winnings. It seems that the Red Bull backed Bonchan is beginning to realize this harsh reality.

However, while he won’t attend as many tournaments, Bonchan is still likely to attend select events such as EVO. Bonchan went on to say that he wants to attend more events and conferences as a speaker on the rigors of pro gaming and the fighting game community.

He did state that with Street Fighter VI on the horizon, he would be looking to be back in the competitive scene full time. There’s been no comment on his status from his sponsor, Red Bull Esports, but they have traditionally continued to support their athletes even if they are not competing full time.

Bonchan is the defending EVO champion in Street Fighter V and has numerous accolades in his career including a string of victories in 2019 that was his career-best from CEO 2019, VSFighting 2019, the aforementioned Evo and then Celtic Throwdown. Prior to this, he was always a top 8 threat, and even had multiple 2nd place finishes at major tournaments.