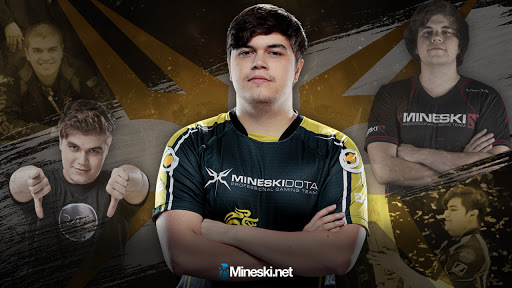 SEA veteran ninjaboogie will take the place of cml for Adroit's upcoming run in the ONE Esports SEA League. (Photo courtesy Mineski)

There’s a lot of roster shuffling happening in one of the SEA’s top teams, as Team Adroit sees part of it’s full time roster return, while another takes a break from competitive play. The team announced on June 18th that Jun “Bok” Kanehara would be returning to the roster after a short break, replacing stand in Prince Vince “Bensoy” Enriquez.

First and foremost we would like to thank Bensoy for offering his time and skill as our https://t.co/Joz08YZXLb for the BTS Pro Series Season 2.

Today, we welcome back Bok who returns from his break and resume his post as the offlaner (POS 3) for the team. pic.twitter.com/RWv7HzjRtv

Bok had been absent for the entirety of the BTS Pro Series Season 2: Southeast Asia, an event that saw Adroit barely escape the group stage without their notoriously consistent offlaner. Replacement Bensoy played respectively, but it was clear without their full lineup, this just wasn’t the same Team Adroit we’d seen top the tables at recent SEA events.

But even as Adroit celebrated the return of one of SEA’s very best offlaners, they said goodbye to Bryle “cml” Alviso, current captain of the team. In their social media post, Adroit Esports confirmed that cml was taking a “break” from competitive action, but will remain part of the team.

e also welcome back Ninjaboogie who will stand in for cml in the support position 5.

CML will take a break from competitive action but he remains part of the team. The players have also returned safely to their respective homes and will be playing from there. #WeAreAdroit

His replacement, Michael “ninjaboogie” Ross Jr, is a veteran of the SEA scene, having been a staple of Mineski and TNC Predator lineups over the last few years. The experience Ninjaboogie has and game knowledge will soften the blow of losing their starting support and shot-caller – even if cml isn’t gone forever.

Team Adroit is set to return to action in the ONE Esports Dota 2 SEA League, a $100,000 event that will pit seven directly invited SEA squads versus three hopeful qualifiers. The tournament features some big names, such as TNC Predator, Fnatic, and Geek Fam, and will be a tough challenge for the freshly replenished lineup of Team Adroit. You can catch all the action from the team on ONE Esports’ Twitch channel.