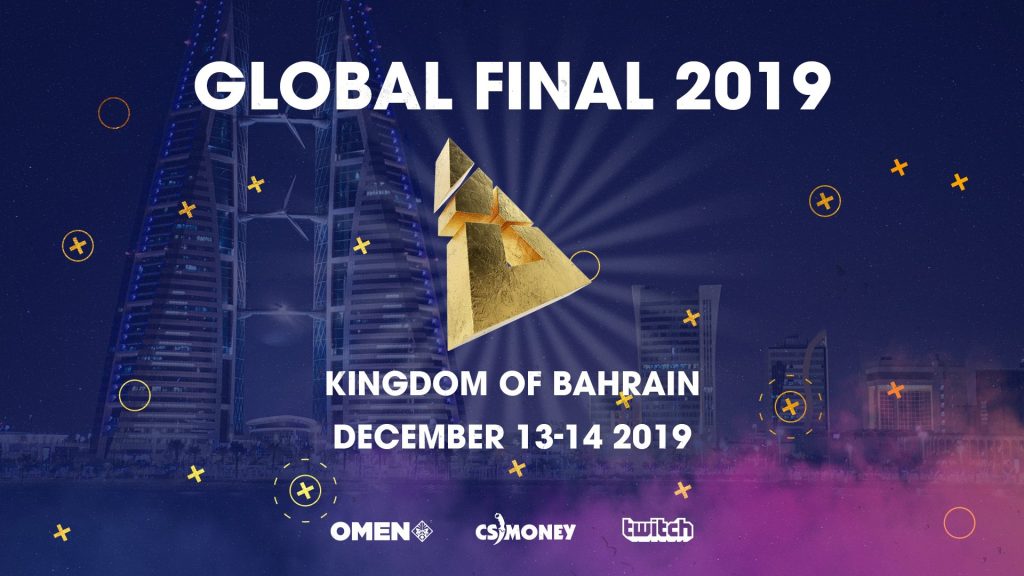 The BLAST Pro Global Finals will take place in the Kingdom of Bahrain. (Image via BLAST)

The BLAST Pro Series 2019 Global Finals will be closing out its Counter-Strike season in the Kingdom of Bahrain on December 13-14. The Global Finals represent the year-long culmination of the BLAST Pro Series 2019. The top four teams with circuit points will be invited to compete in Bahrain for a shot at the tournament series’ grand prize. The event will have a US$500,000 prize pool, with the winner taking home $350,000, concluding the 2019 season.

12 months
7 tournaments
The best CSGO teams in the world…

It’s come down to this. The BLAST Pro Series Global Final has found a home.#BLASTProSeries #Bahrain pic.twitter.com/0AG4QJUcAr

RFRSH has partnered with the Bahrain Ministry of Youth and Sports Affairs to bring the BLAST Global Finals to the Middle Eastern island nation. This is one-of-a-kind for the region, as this is the biggest esports tournament to be hosted there – so far.

“Esports is one of the fastest-growing sports in the world. Bahraini’s are passionate fans and players, and we are excited by the opportunity to bring this world-class tournament to the Kingdom. We look forward to hosting the teams and their fans from around the world, and building a lasting legacy for the sport in Bahrain and beyond.”

The event will have King Hamad bin Isa bin Salman Al Khalifa’s vision in mind: to make the Kingdom the capital of Youth and Sports.

Before heading to Bahrain, there are still two more events left in the BLST Pro Series: Moscow and Copenhagen. Moscow is set to start later today, while Copenhagen begins November 2. As it stands, all seven league teams have a shot at competing in the Grand Finals, but it’s almost certain Astralis and Team Liquid will attend.