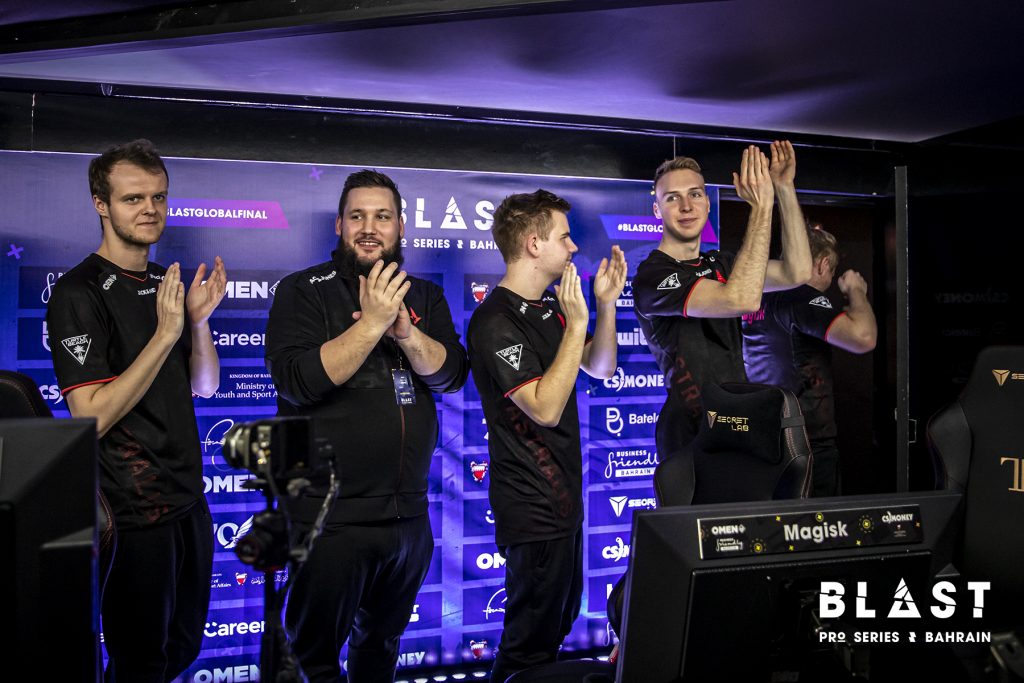 Astralis are the early favorites in the BLAST Premier Spring's Group of death. (Photo courtesy BLAST)

The second weekend of the BLAST Premier Spring kicks off on Friday and features some of the best teams in the world. Astralis, Natus Vincere, Team Vitality, and Complexity Gaming will compete for a chance to move forward to the Spring Final. Not only that, but a chance at earning a piece of a $300,000 prize pool.

The first weekend of the BLAST Premier saw FaZe dominating Group A and securing their own spot in the Spring Final. Team Liquid also moved forward with their second-place finish, while NiP and MiBR will get another chance in the Spring Showdown.

Na’Vi just got finished competing in ICE Challenge where they came out on top over both GODSENT and OG. They recently acquired Perfecto from Syman Gaming. This brought a lot of support to the team after S1mple moved into the primary AWPer position.

Vitality has not played an official map since December 2019. Still, they are ranked two spots higher thank Na’Vi. Fans will have to wait and see if the long time between matches will have a negative impact on Vitality or they will able to shake off the cobwebs and perform.

Astralis is still the number one ranked team in the world. Last season alone they won six events including the StarLadder Major Berlin 2019 and IEM Katowice 2019. The team features two of the top five players in 2019 and overall is a major competitive powerhouse. Astralis is the clear favorite in the first match up and a strong candidate to win the entire group, and perhaps the entire event. The other teams do have a fighting chance if they bring their “A” game, however.

Complexity is currently ranked #44 in the world but have recently beat teams such as GenG and Chaos Esports. Group B has been called the group of death, and Complexity are considered the underdogs among the others. It will take a very strong performance from Complexity to make it past Astralis, but if the team can come out strong, they can prove the entire world wrong and cause a major upset.

Na’vi and Vitality will start off the weekend on February 7th at 15:30 GMT. Astralis will face Complexity on Friday at 19:30 GMT.