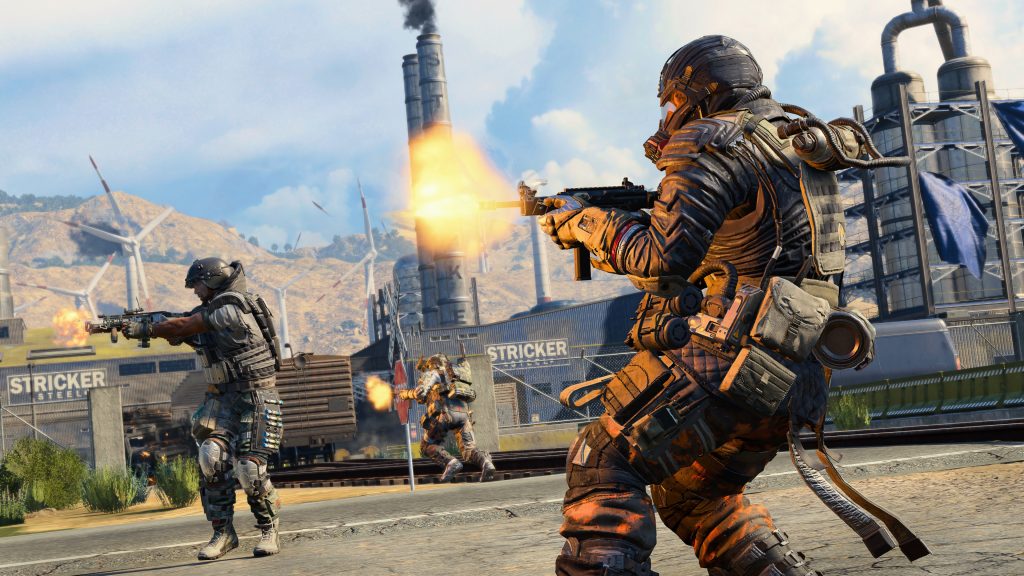 The latest Call of Duty game, Black Ops 4, released on Xbox One, PlayStation 4, and PC today. Fans can’t wait to get their hands on the latest iteration of the yearly first-person shooter, especially since enthusiasts were able to get a glimpse of Treyarch’s Call of Duty: Black Ops 4 battle royale mode. The battle royale mode that Call of Duty is offering, simply named Blackout, proved to be able to stand up against other BR giants like PlayerUnknown’s Battlegrounds and Fortnite.

Gamers have been looking for that “perfect” BR game to play since some are unsatisfied with what the market has to offer. Fortnite tends to be dominated by build battles rather than direct combat, while PUBG still suffers from a lack of stability. Fortnite has been the ideal game for the past year since it is free to play, available on most platforms, and can be played by kids along with adults. Call of Duty has elected to enter the ring of BRs, and from what we have seen, it can stand alongside the best of them.

PUBG has been out the longest, as it was released as an early access title in 2017. The game surged with publicity as popular streamers like Shroud, Dr. Disrespect, and Summit 1G dominated the front page of Twitch with the game. Soon the game spilled over to Youtube as streamers and players posted clips, montages, walkthroughs, and the works in order to put in motion the Player Unknown’s Battlegrounds takeover. Everybody wanted to get a taste of the realistic military shooter.

Within a few months, players were annoyed with the lack of stability and game-breaking bugs that plagued the game. It seemed that as soon as PUBG began to surge with popularity, it was shot down by the reality of development issues. PUBG’s developer, Bluehole, soon was sent into a wave of chaos as players demanded a better game, or else they would walk. To this day, PUBG is still smothered with issues on PC and console. If you own any model besides an Xbox One X, PUBG is unbearable to play. If you own an Xbox One X, you will still be smacked with game breaking issues that will send you into a frenzy of frustration. PUBG on PC is only slightly better. See the problem now?

Fortnite has reigned control over the internet and gaming world for the past year thanks to streamers like Myth and Tfue, but especially Ninja. Ninja was one of the first streamers to grind at Fortnite, and soon he was dominating the leaderboards. With an eventual rise to “streamer relevancy” thanks to viral clips and a clever social media marketing scheme, Ninja was on top of the world. Almost every single gamer jumped out of bed to watch Ninja play Fortnite with Drake, Travis Scott, and JuJu Smith-Schuster. After that fateful night of Fortnite, Ninja was on top of the world. Fortnite enjoyed the ride as the game landed as a household name. The internet is filled with memes, clips, and videos of kids imitating dances found in game. 2018 was dominated by Fortnite and Ninja.

At first glance, typical gamers see Fortnite as a child’s game due to the art style, but BR game can be much deeper. Fortnite has set itself aside from other competitors due to the game being focused on building. Players can build structures using different materials which can be used as cover or a way to directly attack an enemy. Over time players have evolved the meta to eventually create new methods of building. Eventually, casual building turned into “build battles” that ascended dozen of stories into the sky. Some players enjoy the building mechanic in Fortnite, while others would prefer to “just shoot each other”. New players entering the game are set up against others who have hundreds of hours on the game.

Call of Duty fans have been waiting for a game to satisfy their needs since the last few games have fallen flat. Infinite Warfare was met with frustration towards hectic gameplay and jetpacks, and fans demanded a change. Activision tried to adjust to the demands and pushed out WWII, which featured boots on the ground gameplay which would inevitably slow down the pace. Unfortunately, Activision was met with more frustrations as fans poured in with complaints towards the lack of maps and “too slow” gameplay.

Fans have been begging for a Call of Duty to “revive” the series, and now the responsibility has landed on the development studio Treyarch. They have done well with their previous three Black Ops games, and it looks like they are interested in continuing their streak. Black Ops 4’s battle royale mode, Blackout, was met with praise along with criticism during the beta. There were issues that fans had with certain aspects of the game like overpowered armor, item collection issues, and UI management.

Which is the Best Battle Royale?

The battle royale genre is not as developed as other genres, so it is an exciting time to see a new game type flourish. Battle Royale games have been the talk of the video game and esports world as the industry is looking to dive head deep. Doritos has already announced the Doritos Bowl which will feature popular streamers go head to head in Blackout, the first official tournament for the name game type. It is an excellent way to market the game while appealing to the community by featuring streamers like Courage, Ninja, Shroud, and DrLupo. I am curious to see how Fortnite and PUBG react to Blackout in 2019, especially with Fortnite clearly in the lead. Epic has already pledged $100 million to Fortnite esports while PUBG has an established competitive scene. As a child, I grew up with Call of Duty, so I am really anxious to try out Black Ops 4 as Treyarch has taken care of the series well.

Call of Duty Fortnite PlayerUnknown's Battlegrounds
Share
Amanda Zelauskas
Amanda has been a gamer ever since she could wrap her fingers around a controller. Her experiences in the gaming industry range from professional competition participation, corporate marketing, all the way to video game reviews. Amanda's entire life has been dedicated to video games, and now her passion is to share her stories and experiences with readers from around the world! Amanda has previously written for Newegg's Gamecrate, ZAM, and Knowtechie.