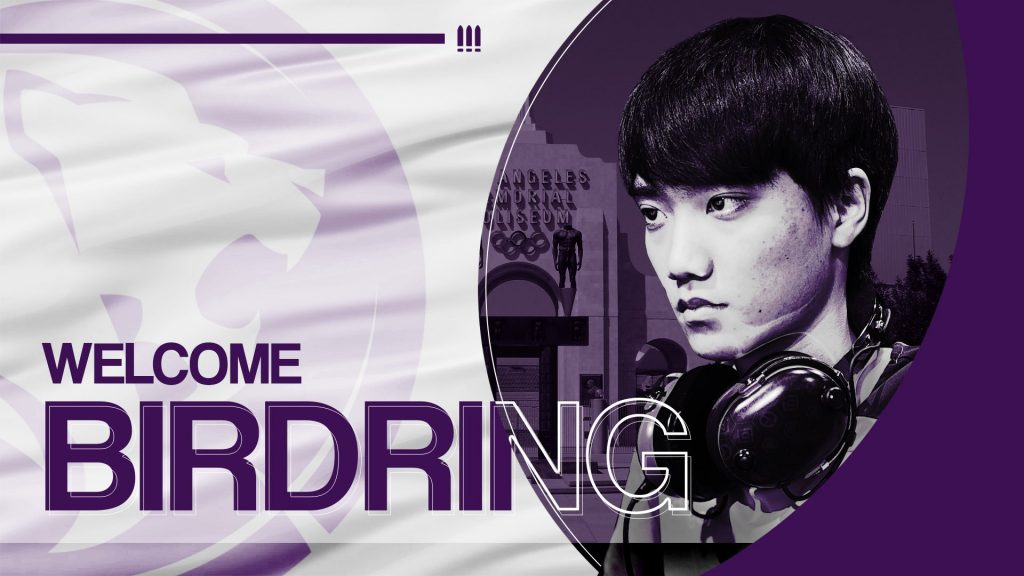 Please join us in welcoming @Birdring to Gladiators! pic.twitter.com/Azu7luKyAP

Birdring has been playing Overwatch since the beginning, playing on the early Kongdoo rosters. When Overwatch League rolled around, birdring was picked up by the London Spitfire. Birdring would go onto win the Stage 1 title, as well as the Overwatch League Inaugural Season championship with the Spitfire.

However, London was not as strong in 2019. Their highest placement all year was a 5-8th finish in Stage 2. While they did qualify for the OWL 2019 playoffs, the Spitfire bowed out at 7-8th.

The Gladiators have been the picture of consistency throughout their OWL lifetime. Aside from 2018’s Stage 1, they have never finished in the bottom half of teams. The Gladiator’s 2019 campaign ended in a top-six finish.

Earlier this week, the Gladiators saw their long-time star DPS player Lane “Surefour” Roberts sign with the Toronto Defiant. With a newfound hole in their roster, its no wonder they stretched for a player of similar caliber in birdring.

For birdring, this could be the start of his redemption arc. One of the reasons why London’s 2019 playoffs run ended shortly was internal drama. With his own play coming into question, birdring left the Spitfire and went radio silent. Many were wondering if he would even return to OWL, but the fans’ patience has paid off.

Birdring and the Gladiators will certainly look to be a force coming into 2020. There are still some holes in their roster, notably a flex DPS. The offseason is still young and many trades are still in the air. Once the dust settles, birdring’s signature Widowmaker will still be there for the Gladiators.

Other
Share
Zakaria Almughrabi
Zakaria is a former professional TF2 player turned caster and analyst. He has had a passion for gaming and esports for years and hopes to use his skills and experience to convey why gaming is so great. His specialty games are League of Legends, CS:GO, Overwatch, Super Smash Bros, and PUBG.
Follow me