The Biggest Moments From CDL 2020 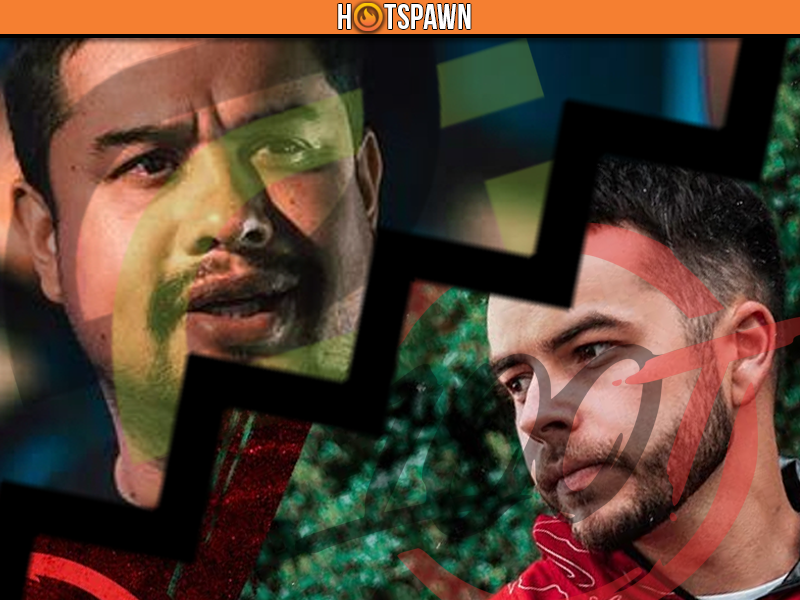 Despite happening in the offseason, the addition of 100Thieves and the return of OpTic Gaming is one of the biggest moments from CDL 2020.

The inaugural season of the Call of Duty League featured tough competition between the world’s best players. Every CDL team was forced to adapt when the league switched to an online format in response to the COVID-19 pandemic. Despite this change, teams still competed in each home series to earn points before the playoffs. Even though Dallas Empire walked away as champions, they were still effected by the format changes going into the 2021 season. Every team was forced to rearrange its roster as the season will feature a 4v4 format, and switch to PC with controllers.

One of the year’s most significant events was the return of the original OpTic Gaming and the rebranding of the Chicago Huntsmen to OpTic Chicago. The OpTic Gaming Los Angeles franchise spot is now filled by the LA Thieves as 100 Thieves has returned to professional Call of Duty.

There are several moments that fans and players will associate with the 2020 season, but a few stand above the rest and will go down in Call of Duty history.

The switch to an online format

The beginning of the CDL season started normally with little issue. All 12 teams competed at the launch weekend home series hosted by the Minnesota ROKKR, and the teams competed normally at the next three events. However, the COVID-19 pandemic became a global issue in March and the Call of Duty League was forced to move to an online format.

Almost every major event in professional Call of Duty has been played in person in the past. Fans have come to expect to see their favorite players compete on the mainstage, and many believe LAN events provide a fair and competitive environment for players. Coronavirus made these types of events unsafe for players and staff, so the CDL did what every other esport tournament organizer did and moved it to an online format for the remainder of the season. Many professional players were not excited about the new format as it introduced new issues with connection in matches, and players even lagging out of games later in the season.

The online format might not have been ideal, but it allowed professional players to continue to compete at a high level. It is unclear if the 2021 CDL season will also be entirely online, but it will remain that way until the COVID-19 pandemic is under control.

OpTic Gaming struggled throughout the regular season, and many fans considered the team to be one of the worst in the league. However, they managed to make an impressive run through the playoffs and eliminated three other teams.

The team started in the losers bracket and faced their hometown rivals, the Los Angeles Guerrillas, in their first match of the playoffs. OpTic sent the Guerrillas home after an intense five-game series and moved on to face the Minnesota ROKKR. Minnesota proved to be less of a challenge for OpTic, who swiftly eliminated them in a 3-0 series. OpTic was on fire, but many fans believed they would be sent home by their next opponent, the Florida Mutineers.

Once again, OpTic proved the naysayers wrong and sent a third team home for the season. Their next opponent was the Chicago Huntsmen, which features several members from the original OpTic Gaming organization. This was one of the most intense series in the playoffs that went to game five as each team was on the top of their game. The series came down to a Search and Destroy match on Arklov Peak, and each team took turns winning rounds.

The series came down to a game five-round 11 situation, and fans everywhere watched in awe to see who would move on to the final four. The final round came down to a 1v1 situation between Dylan “Envoy” Hannon and Thomas “TJHaLy” Haly, which Envoy narrowly won. OpTic could not make it all the way, but they still dominated the playoffs and eliminated three other teams from the competition.

Chicago @Huntsmen win one of the WILDEST series in Call of Duty history over @OpTicGaming LA, they have booked their ticket to Championship Weekend!#BeTheHunter | #CDLPlayoffs | #CDL2020 pic.twitter.com/NfwlidFmbS

The 2020 CDL season introduced younger players who held their own with veterans, but it also was the last time a few iconic players would compete professionally.

Damon "Karma" Barlow has chosen to retire from competitive play. Congratulations to without question the greatest of all time. 🐐🐐🐐 pic.twitter.com/iAekHPmwsd

Damon “Karma” Barlow announced his retirement from professional Call of Duty in June after spending the first half of the 2020 season with the Seattle Surge.  Karma is one of the few players that is a three-time world champion and played for several teams throughout the years.  Despite being one of the most accomplished players in Call of Duty history, Karma and the rest of the Seattle Surge roster could not find their rhythm.

Ian “Enable” Wyatt, another fan favorite, announced his retirement at the end of the 2020 season. Enable began his professional gaming career in Halo before making the jump to Call of Duty in 2013. He played with various teams before joining FaZe Clan, which he spent two years with. Enable eventually joined 100 Thieves at the beginning of the Black Ops 4 season and helped the team finish in second place at the Call of Duty World League Championship 2019. He moved to the Seattle Surge, where he competed alongside Karma, but was benched multiple times. Enable did assure fans that he is focusing on a new opportunity, but he has yet to reveal exactly what it is.

Jordan “Jkap” Kaplan also announced his retirement after the 2020 season. He spent the year with OpTic Gaming Los Angeles, although he was benched early in the year. Despite this setback in his final year of competing, Jkap established himself as one of the best players in history and is a former world champion. Jkap entered the scene in 2010 and played for several iconic teams such as OpTic Gaming, FaZe, Denial, and Team Envy throughout his career. He was a back to back world champion in 2015 and 2016 and will be remembered as one of the best players in the early years of Call of Duty.

The 4v4 format is back

One of the most significant moments in professional Call of Duty this year was the announcement of the return of the 4v4 format. This meant that every team was required to drop or bench one player to compete in the 2021 season. Every team made drastic roster changes in response to the news, and one world champion with a stellar record was removed from the top team.

Call of Duty initially switched to a 5v5 format at the beginning of the Call of Duty: Black Ops 4 season in 2018. The format stayed the same during the Call of Duty: Modern Warfare season, which resulted in large rosters with several substitute players. Every franchised team was required to have at least seven players on its roster but could have up to 10 players if needed. Not many teams maxed out their roster size, but teams like the Toronto Ultra did maintain ten players throughout the year.

Switching back to the 4v4 format sent shockwaves through every team. Each organization dropped at least one player from their roster, while others made drastic changes to prepare for the new season. Some teams cut their entire roster and have yet to reveal a new lineup. The Dallas Empire was the inaugural Call of Duty League champions but were still forced to drop James “Clayster” Eubanks, despite his impressive performance throughout the year.

Many fans and players are excited for the return of 4v4 professional Call of Duty as it allows for more tactical gameplay and less chaos. However, it did cause dozens of players to find a new home on other teams, and some were forced to drop to the Challengers league instead.

The Switch to PC

Professional Call of Duty has been played on console since its inception. Teams have competed on both Xbox and PlayStation consoles throughout the years, but it has remained one of the few professional esports to remain on console instead of PC.

The 2021 CDL season will feature players competing on PC, but controllers will still be used instead of mouse and keyboard. PCs are typically more powerful and reliable than consoles and can help maintain competitive integrity, especially if the CDL will continue to be played online. Players can choose from several types of controllers, including older controllers from previous consoles. Professional players must compete on PC, but Challengers players can still compete on their console of choice during the 2021 season. Amateur players must use a league-approved controller.

It is unclear if keyboard and mouse will replace controllers in the future, but it is a significant change to the professional Call of Duty format.

The return of OpTic and 100 Thieves

Two of the most significant events of the year occurred after the CDL season ended. While most players were trying to secure a spot on a new team, two of the most iconic organizations in Call of Duty were planning their return.

Former owner of OpTic Gaming Hector “H3CZ” Rodriquez bought back the rights to OpTic Gaming, which included the organization’s franchise spot in the Call of Duty League. OpTic Gaming Los Angeles was a part of the inaugural season, but many fans considered it a different iteration of the iconic organization. After leaving OpTic, H3CZ moved to NRG, where he was a Co-Owner and Co-CEO, although he did retain minor interests in OpTic Gaming and Immortals Gaming Club. NRG’s Call of Duty team, the Chicago Huntsmen, was considered a spiritual successor to the original OpTic Gaming as H3CZ and other key members moved to the team and organization.

The Chicago Huntsmen was rebranded to OpTic Chicago, and many fans consider this as the return of the real OpTic Gaming. However, OpTic returning was not the only highlight of the deal as it allowed another iconic team to return to professional Call of Duty.

Rebranding the Chicago Huntsmen left an open franchised spot in Los Angeles. Fans everywhere realized the obvious choice to fill the void would be 100 Thieves, who previously owned a successful Call of Duty team. 100 Thieves CEO and former OpTic Gaming member Matthew “Nadeshot” Haag also remained close friends with H3CZ, and it was not a surprise when LA thieves was announced.

The 2021 Call of Duty League season will still have 12 teams competing, but two of the most popular esports organizations have returned to the competitive landscape.

The 2021 CDL season is just around the corner, and fans everywhere are excited to see their favorite players compete again. Hopefully, next season will be just as eventful as the previous year, and Call of Duty will continue to thrive and grow as an esport.