Big Upsets for Big Names at ESL One LA Online 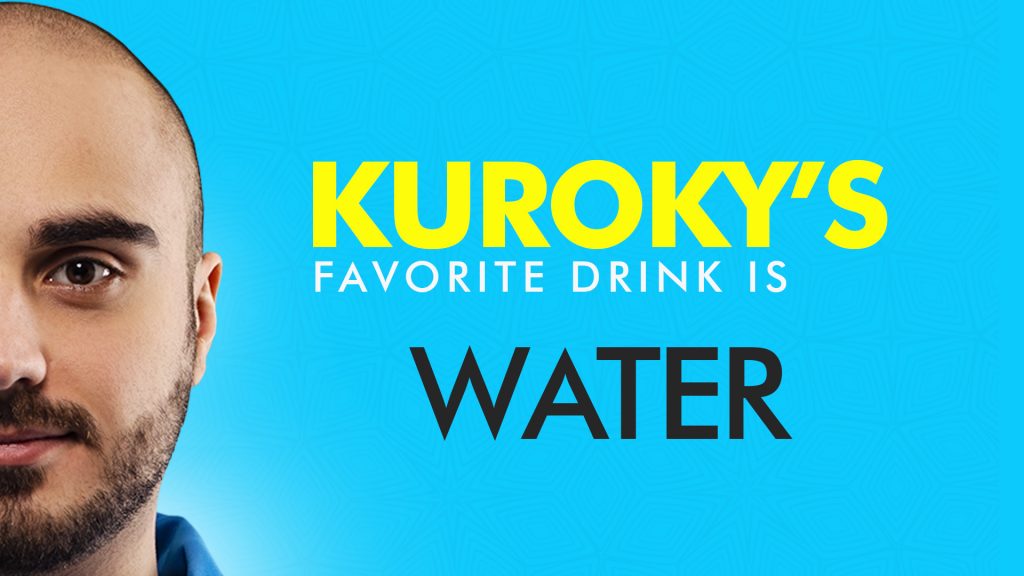 Hours before Team Nigma’s upset loss to Gambit Esports at ESL One LA, we learned what Kuroky’s favorite drink was (Image via Team Nigma)

We’re just past the halfway point of the ESL One LA 2020 Online CIS & Europe tournament, and so far, the biggest story hasn’t been an incredible winning streak or amazing close-fought matches. Instead, it’s been the massive upsets that have wracked the event, with huge name teams dropping games to some, well, not-huge names.

It’s been a bad few days of games if you’re playing on Team Nigma or OG, with the bright side being that you’re not on Alliance, Team Liquid, or Ninjas in Pyjamas. Each and every one of these squads has dropped games to opponent’s they simply should have defeated. In the past three days, upsets have come thick and fast, and sadly for these stacks, it doesn’t show much sign of slowing down.

Wednesday, the fifth day of this super-size tournament, was the breaking point for several top teams. After being bodied by OG in their opening matchup of the event, and being pushed to three games by Cyber Legacy on Monday, Nigma entered their matchup against Gambit with a lot to prove.

Gambit, on the other hand, had an ace up their sleeve for this matchup. Having been schooled in the fires of a 0-2 loss to Vikin.gg and a beatdown by Virtus.pro, this was a stack that knew what heroes had been strong, and what to play to beat a top team. Picking up the Pangolier and Weaver for game one, along with a Lycan to fast push as much as possible, the team punished Nigma’s frankly out-dated picks.

While initially, it looked as if this veteran Nigma lineup would easily crush their opponents, outside of the lanes, things went very poorly. Kuro “KuroKy” Salehi Takhasomi, one of the best Chens in the world, looked frankly lost as his team began to hemorrhage kills to raw crowd control and finesse of the Pangolier. Game two went even worse for the TI9 finalists, who found themselves outscaled and outplayed by a similarly dominating Gambit lineup. Danil “gpk” Skutin’s Death Prophet was just too strong, and Nigma drops 2-0 to their opponents.

Now that's what you call an upset! @GambitEsports take the series against @TeamNigma 2-0! 😮

But not to be outdone by Nigma, OG also spent their Wednesday being upset by a tier two team, albeit in much more “OG-style” way. Even with stand-ins, this OG lineup is no slouch, but there was no way of telling that from their performance in these games. After initially seeming to click with the new picks that have been popular this tournament, such as Terrorblade, Phoenix, and Weaver, the squad dropped out of contention in the second two matches.

For the next two games, the team hard-committed to more unorthodox picks and paid the price. But this wasn’t the only reason OG was losing. The questionable fountain dives from game one had translated into bad performances in lane by game two. The team was straight-up out-played by Vikin.gg, a stack that this tournament has proved are nothing to turn your nose up at. OG became the second team this week to face a considerable upset.

THEY'VE ACTUALLY DONE IT! @GGVikin take down @OGesports in Game 3 to win the series 2-1!!

But if OG and Nigma were feeling bad about their losses, they were about to find plenty of understanding from the rosters of Alliance, Ninjas in Pyjamas, and Team Liquid. In a full-on massacre of top teams, NiP lost to Chicken Fighters, Alliance dropped two to Team Spirit, and Liquid capped up the game with a defeat by Team Unique.

It seems there’s something in the water at this event, or at least the lack of stage pressure has allowed some of these teams to show off their true potential. What’s so surprising is that there’s not some secret strat these squads are using, often it’s just the team’s outplaying out drafting their opponents, and it shows just how much an online tournament could potentially affect the outcome of these matches.

The sole top team to take a win on Thursday were Team Secret, who 2-0’d Natus Vincere after a hard-fought series. This was definitely the most competitive series of the day, despite being the only one that was a 2-0. In game one, Na’Vi’s Centaur Warrunner created tremendous early pressure, while Riki threatened to pop-off and took over the game. But luckily, Secret was able to stabilize enough for their Invoker and Wraith King to scale out of control and secure victory.

For game two, Secret struggled to assert dominance, as Na’Vi finally showed signs of life. In a brutal match that saw both squads pushed into their high grounds at different points, it was revealing to see Secret’s Lasse Aukusti “MATUMBAMAN” Urpalainen fall in a crucial push, dropping his Divine Rapier in the process.

The bloodbath continued, though, and this time it was Idan “MagicaL” Vardanian’s turn to lose a Rapier.

Item-trading aside, ultimately, it would be Team Secret that comes out on top, handing what must have been a disappointing loss to opponents Na’Vi.

With the week wrapping up, it was time for a return to normalcy. In the fastest game of the tournament, Nigma stomped B8 in 16-minute demolition, before capping their series with another comfortable victory. Likewise, Virtus.pro was able to quickly dismantle Vikin.gg, despite the latter squad’s massive improvements in this event.

But the real main event of Friday was OG’s match against Cyber Legacy. It promised to be a game where we’d just get to enjoy some classic “OG dota,” with the reigning TI champions running at their opponents until they lost. After a poor start for OG in the opening game, things started to get out of control. Despite holding onto a gold lead and a kill advantage, the team was losing ground to a rapidly scaling Troll Warlord. Luckily, just when things seemed to be going south, OG went back to what they know best and secured the game with a messy but effective team fight.

Some call our fights messy … they won't like this one! 😏#DreamOG pic.twitter.com/3w1CTCbXhF

For game two, OG would return to the Vengeful Spirit support they’d utilized unsuccessfully on Wednesday, and almost immediately, this seemed to go poorly, as the team gave up multiple kills in the bot lane on this hero.

Playing with mind games step 1: allow your opponent to knock at your door!#DreamOG pic.twitter.com/YJfGyBonTP

Throughout the match, OG’s team looked so lackluster, that a Cyber Legacy Victory seemed inevitable. However, A massive play by OG catching out the Phantom Lancer while their own Weaver ran to the Throne forced a split in Cyber Legacy, and ultimately this would mean the squad’s downfall. OG grab a win and make it a 2-0 victory.

Looking forward At ESL One LA

There’s less than a week of games left, and the standings are really hotting up. Still, despite all these upsets, the top of the bracket is filled with familiar faces. 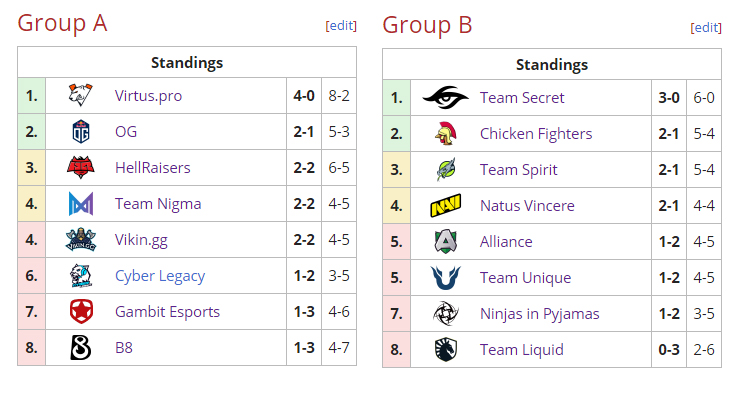 Some notable exceptions to this are Chicken Fighters, Team Spirit, and HellRaisers. HellRaisers had looked incredibly competent at last month’s WeSave! Charity Play event, but it seems that wasn’t some random fluke. This stack is the real deal, and have taken on not just CIS rivals, but schooled some of Europe’s top squads with their performance on this patch’s top heroes.

Meanwhile, the Chicken Fighters and Team Spirit have pretty much come out of nowhere. The Chicken fighters seem to have risen to new heights with recently acquired veteran four-position Adrian “Era” Kryeziu. Team Spirit, similarly, has seen a considerable benefit from the recent shakeup of their roster.

With just four matches left for most of these teams to turn things around, it might already be too late for the likes of Team Liquid and Ninjas in Pyjamas. But with an online league, and plenty to play for, there’s no way you can count out these teams in the second half of ESL One Los Angeles 2020 Online CIS & Europe.