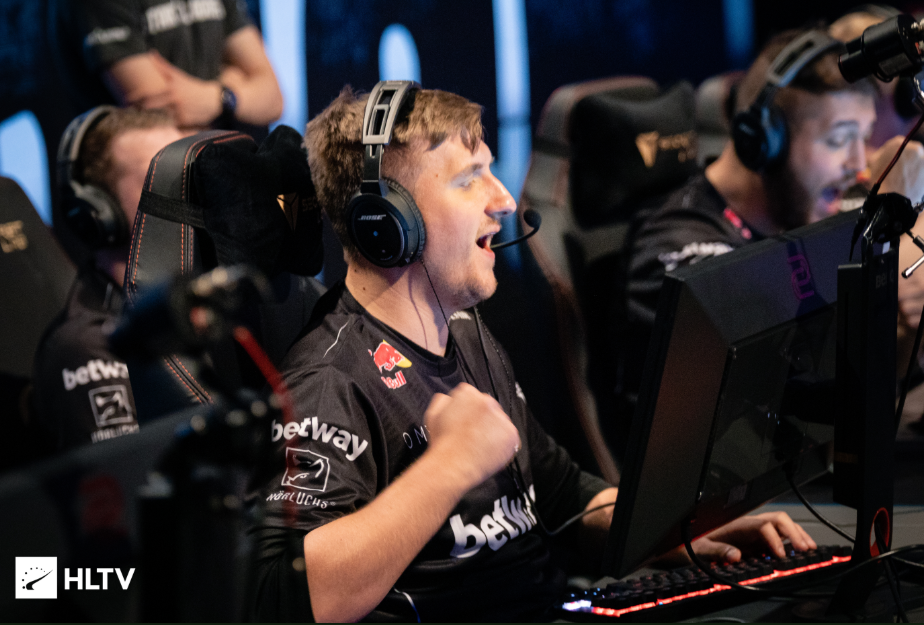 BIG have ended a day of upsets in Group B with one of their own against Fnatic. (Photo courtesy HLTV)

Group B of ESL Pro League Season 11 continues to deliver unexpected results just one day into play. BIG have pulled off a 2-1 upset against Swedish favorites Fnatic. With this result, and North’s win over Na’Vi, Group B has been cracked wide open.

BIG’s Inferno pick was up first. Although Fnatic had perfect intel on BIG’s B site push, they still hit all of their shots to win the pistol round. BIG took the first three rounds before Fnatic’s first CT buy. The A site was the target for BIG, and two clean entry frags forced Fnatic to back away. Despite being on a low buy, Freddy “KRIMZ” Johansson won a 1v2 with the Deagle to earn Fnatic’s first round. Fnatic won two more rounds and were looking to stabilize on defense. BIG would deny them with a partial buy towards Mid. The momentum shift allowed BIG to chain four more rounds. Fnatic could have retained a decent score by taking the remaining rounds, but Tizian “tiziaN” Feldbusch pulled off a 4K clutch to cement BIG’s 10-5 lead at the half.

After a shootout in Mid, BIG took the second pistol as well. Fnatic full saved then bought up in round 18 and took down BIG’s 4 MP9 buy thanks to Robin “flusha” Rönnquist tossing a Molotov on the bomb. Fnatic took one more round on an A site push, but it would be their last. BIG took four rounds in a row with strong defensive setups on both sides of the map. 16-7 was the final score.

Now on Fnatic’s trusty Overpass pick, they were determined to get back into the series. Fnatic started strong on the T side with a pistol win. The follow-ups went cleanly as BIG prepared for this gun round. Despite stalling Fnatic’s B push with two kills, the remaining Fnatic members clutched out the round thanks to bad positioning from BIG.

The round counter ticked to 5-0 as BIG got their next chance. Their forward Bathrooms setup did not pay off as Fnatic won another crucial round, breaking BIG again. Round eight saw BIG throw another 5v3 advantage, this time on the A site. Fnatic went up 10-0 as BIG were WINNING in opening duels. The last five rounds of the half were traded between the teams, but Fnatic were dominant with a 12-3 lead at the half.

Match point came early after Fnatic won the second pistol and the two ensuing rounds. tiziaN did show a moment of brilliance with an ace clutch to keep BIG on life support. Four rounds of stat padding later, Fnatic closed out the map 16-7 with a flawless A side defense.

The tiebreaker map was Mirage. Fnatic won the first pistol defending the A bombsite. BIG got a bomb plant, so they forced up in the next round. Unfortunately, their Mid to A play was foiled and BIG went down 0-3. Their gun round attempt on the B site also went awry as KRIMZ gunned down BIG from Market. BIG kept getting bomb plants, so they were able to keep full buying with the max loss bonus.

Finally, BIG were able to break Fnatic’s defense by holding for rotations in round six. Even though they won a second right after, Fnatic saved four guns and stole the momentum back. BIG needed more rounds if they wanted a chance at the map, and more rounds they would get. The German squad took a close round on the A site, then made a force buy work with a B rush. Fnatic’s next gun rounds net them two more points on board, but BIG ended the half with six themselves. It was anyone’s game going into the final half.

Fnatic’s T side started off strong after winning the pistol. Their lead grew to 12-6 as BIG’s defense had their first chance to get set. From here on out, BIG’s CT side was perfect. Fnatic’s B side execute was shut down by a Can “XANTARES” Dörtkardeş 3K. The following round also saw Fnatic go B, this time through Mid. They got the bomb down but lost the after plant, bringing BIG up to nine rounds. The next Fnatic buy was their best chance to turn the tides, but it was shut down by a Johannes “tabseN” Wodarz clutch.

Fnatic kept trying to play Mid and B, but they couldn’t pierce BIG’s defense. Round after round went in favor of the Germans. BIG tied the match in round 24 then took the lead on a Fnatic save round. Fnatic’s attempt at slow playing ended in disaster as BIG pushed A ramp and found the bomb in T spawn. Match point was secured and Fnatic had one more chance. Almost poetically, Fnatic’s first and only full buy A site execute ended in failure. BIG completed the 16-12 map win and the match upset.

Day one of Group B has been utterly insane. All three matches saw the underdog team completely flip the script. Fnatic came close to winning their match, but they just looked unprepared on their Mirage T side. The Swedes can do better than this and will surely be looking to bounce back as ESL Pro League goes on.

While an upset like this does bode well for BIG’s chances at advancement, they need to keep looking sharp. Since every “unfavored” team picked up a win, BIG need to make sure they prepare for everyone who comes their way. The potential is there, but the road will be hard for both them and every team in Group B.