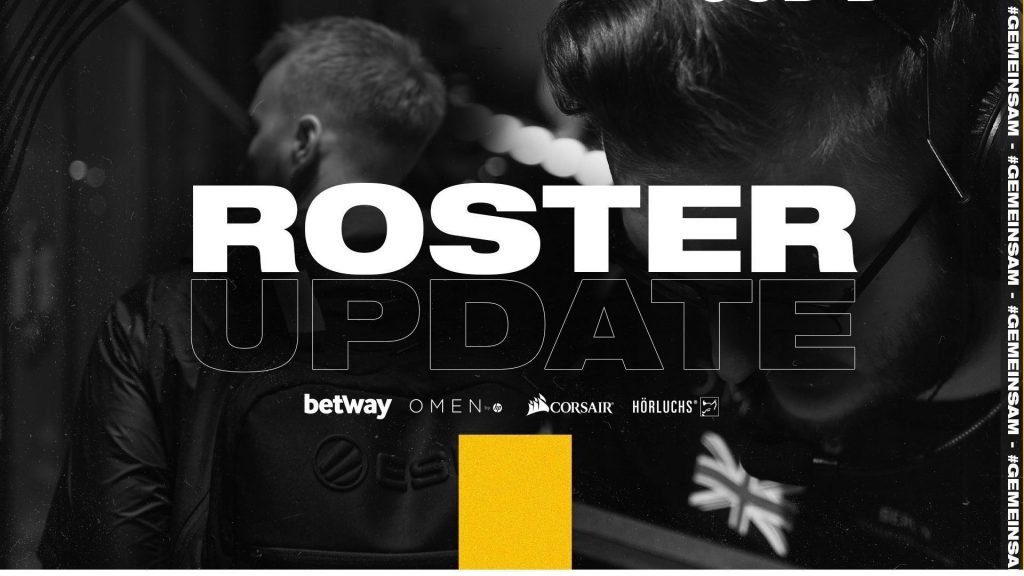 BIG made a huge announcement today with a retirement and two players heading for their active CS:GO roster. (Image via BIG)

The move marks the return of Owen “smooya” Butterfield and Johannes “nex” Maget onto the team’s active roster as Denis “denis” Howell and Fatih “gob b” Dayik officially step down. BIG’s blockbuster announcement has garnered a great deal of attention in its entirety, although, it is the retirement of gob b which has struck a particular chord among the CS:GO community.

An icon in every sense of the word, the retirement of gob b offers a chance to reflect upon the legacy career he had in Counter-Strike. A professional career spanning over twelve years since CS 1.6 where he competed on a number of notable rosters, including the infamous 2015 Mousesports lineup that amassed a number of key trophies.

Following a year stint with NRG, gob b would go on to be one of the founding members at BIG to help elevate German Counter-Strike through a new endeavor. During this time, gob b played an integral role in much of the success the team saw, helping them reach playoffs at two Majors as well as an unforgettable run through ESL One: Cologne 2018.

Although gob b will set down the rifle for good in Counter-Strike, he will carry on his legacy with BIG in a new management role. Gob b shared the following statement in the official announcement:

“As many of you have already guessed, I will end my career as a player. First of all I want to thank all the fans and my team. Without you I would have never played this long. You were my motivation and inspiration.”

“I hope you understand that I want to have some time for my family and friends, before I take on my new role in BIG, which all these years came definitely too short. Of course, I will always stand behind the team and hope for your support. We had a disappointing six months, but right now, we need you more than ever. We will do everything we can to improve ourselves, but we need you, to do it #gemeinsam. I hope you can understand and comprehend my decision. I just need a little break to prepare myself for the upcoming tasks. I have some plans you can look forward to. I hope you understand my decision and I am sure, together we will once again have great and beautiful moments.”

Per the release, BIG has additionally introduced an overhaul of roster alterations ahead of its next outing at the GG.BET New York Invitational on August 3-7.

Likely the most unpredictable addition was the reinduction of Smooya into the team’s active lineup. After stepping down from the team near the beginning of 2019, life after BIG was not as fruitful as the star AWPer would have anticipated as he struggled to find a permanent home. Through this in-between period, Smooya had most notably played as a stand-in for Renegades at the ESL Pro League Season 9 qualifiers where he topped the charts in ADR and kills in nearly every match. BIG has noted that Smooya will be fielded directly in place of denis as the team’s primary AWPer.

As for denis, the benching ends an incredibly brief tenure with BIG since his enlisting in May. The former Sprout entry fragged released a short statement via TwitLonger regarding the news saying:

“I am obviously disappointed, how this all turned out: knowing that I couldn‘t show at all what I improved upon, while I was absent from the really big tournaments, due to playing AWP in a dysfunctioning team because of roles.” denis notes. “How everything turned out is disappointing for everyone of us and everyone imagined things would be different and more successful. Nonetheless, I will not give up and keep improving on my mistakes and flaws as a player and a person.”

Lastly, nex will be returning to BIG as well, however, he won’t be put on the active roster immediately. An injury that sidelined the German rifler through the entirety of May is apparently not completely rectified, though, it was mentioned to be “nearly completed”. While nex works to recover fully and presumably get back into competitive match form, Nikola “LEGIJA” Ninić will be standing-in for him.

As it stands, BIG’s current roster is: