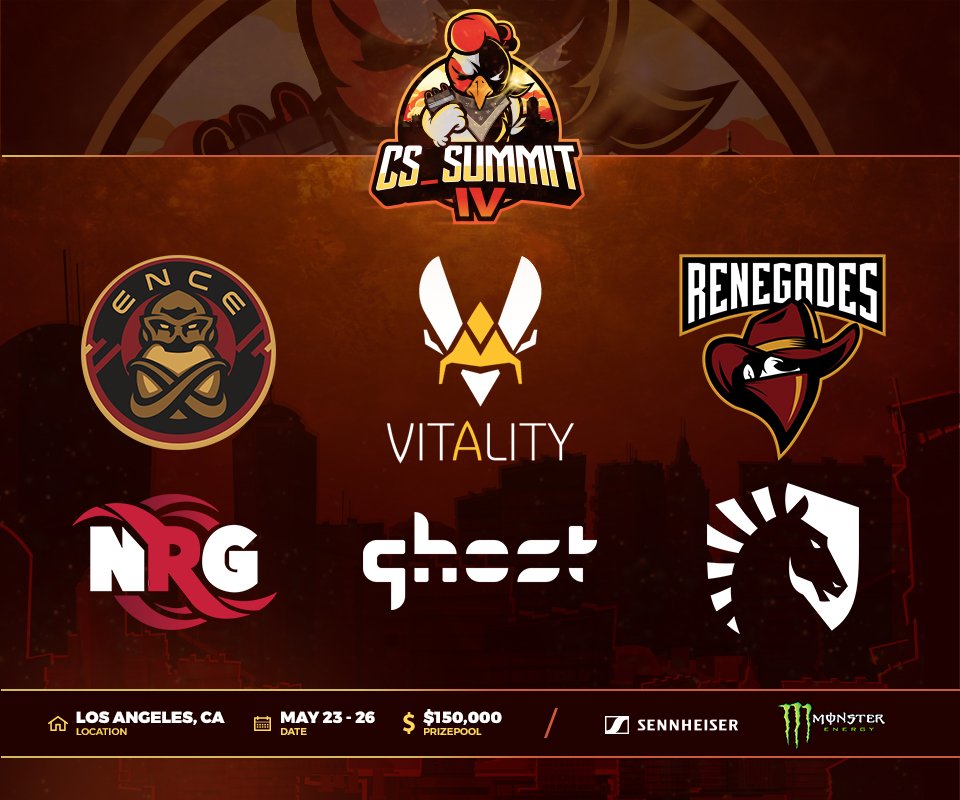 Today, esports production company Beyond the Summit announced their new CS:GO event, cs_summit 4.  It will take place from May 23-26. The cs_summit series has amassed huge viewership because of its informal and hilarious moments, providing a breath of fresh air from the formal and seriousness of other CS:GO events.

Six teams have been announced for the event:

Sticking with the previous events, cs_summit 4 will have a prize pool of $150,000 USD, which will be split across the six teams that have been announced. One notable difference is that each Summit event prior has had eight teams, whereas this event has six, so the prize pool will be a little more significant for the teams that are participating.

The event will also be held in the same city as the three previous events: Los Angeles, California.

Cs_summit 3 saw NRG as the victors, with Ghost also participating, finishing 5-6th. However, cs_summit 4 will see some of the best teams in the world facing off. NRG will have a much tougher time taking the championship with Legend status teams such as Ence and Team Liquid in attendance.