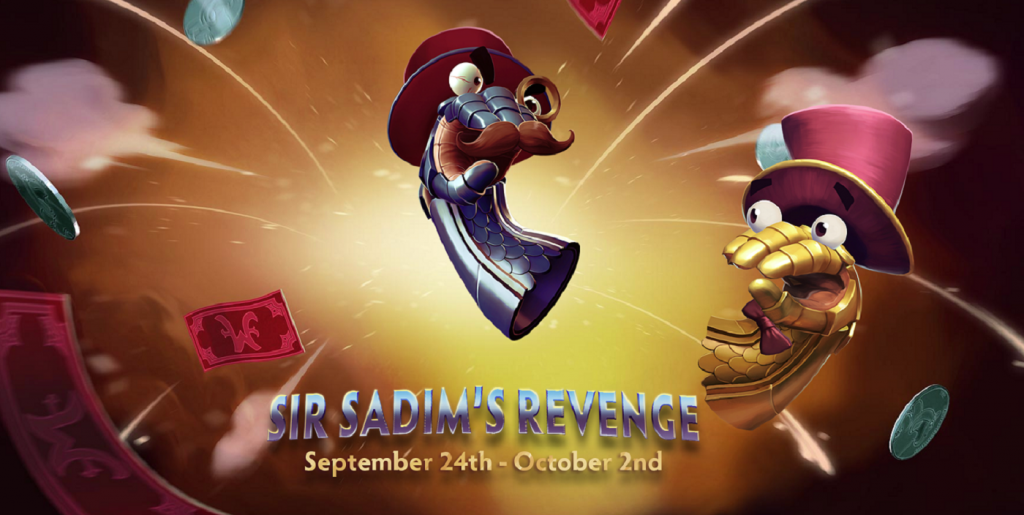 The Midas Mode talent list brings together some of the best that Dota 2 has to offer. (Image via Moonduck Studios)

With their event dates secured, Moonduck Studios has released the official list of talent attending BETWAY Midas Mode 2.0 as part of the broadcast team.

It should be no surprise that Jake “SirActionSlacks” Kanner, Andrew “Zyori” Campbell and Shannon “Sunsfan” Scotten will be on hand as they’re the consistent faces of Moonduck Studios. Slacks, obviously, has his hands all over this event. Sunsfan was on hand to host much of the first iteration, and Zyori covered much of the behind-the-scenes work, including producing. Expect to see all three in the thick of things at the Localhost Arena. 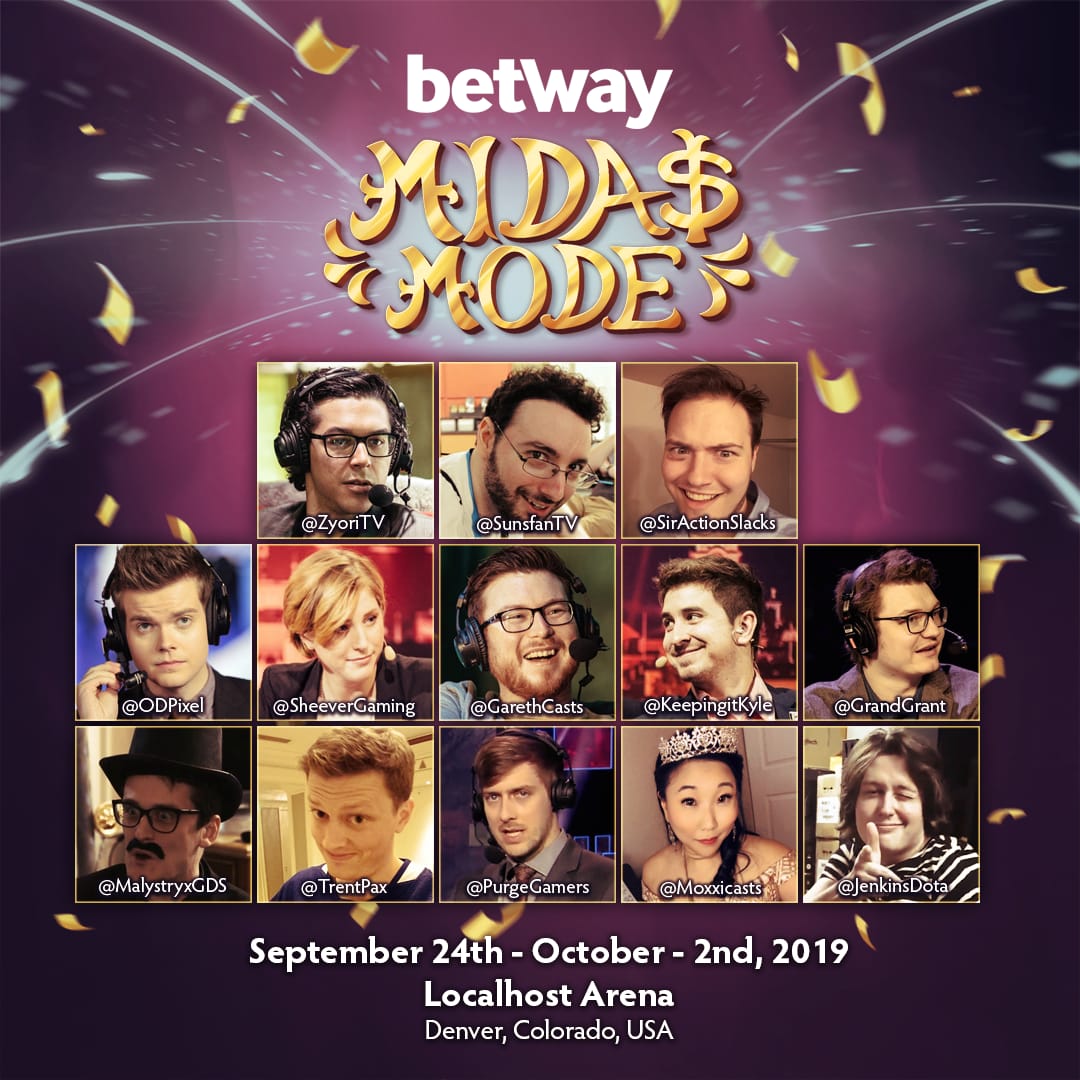 The rest of the official talent includes:

With a distinctive fast-paced style, it’s possible ODPixel was an auctioneer in another lifetime. His genuine enthusiasm for the game shines through in each of his casts (seriously, watch video of him casting, he’s very active!), and he always seems to be game for shenanigans away from Dota 2. He recently cast the Grand Finals of The International 2019.

An accomplished host and caster, Sheever recently co-hosted The International 2019. She’s also the regular host of DreamLeague, another meme-filled event that may be the closest thing to Midas Mode in the Dota 2 Pro Circuit – very tenuously the closest thing.

A staple of joinDOTA, Gareth has been casting for several years. He most recently covered The International 2019 CIS Qualifier and often provides off-site commentary for the ESL One series.

Kyle’s start in Dota 2 was as a player, particularly known for his run with compLexity Gaming. Over the last year, he’s appeared at more than a dozen events as an analyst, including The International 2019

GrandGrant’s known for his extensive insight, and love, for the North American Dota 2 scene. He recently commentated at The International 2019 and in addition to commentary, he streams for Evil Geniuses.

The voice of Reginald in the recent “benefits of attending” video, Malystryx has contributed to several of the most memorable Dota 2 content pieces in recent history. He also wrote for joinDota for many years, and is typically spotted off-screen though he was an active part of the recent Jungle Jam.

A popular caster and analyst, Trent’s always a friendly face at events. He’s tapped into the essence of the Canadian stereotype: nice (but not in that irritating, cloying way). He was on hand for Midas Mode 2017, and is sure to bring some of the wisdom of that experience to bear on BETWAY Midas Mode 2.0. He was recently a welcome inclusion in the TI9 analyst role.

Purge is often cited as an entry point into learning how to play Dota, whether through his Welcome to Dota, You Suck guide, or the more recently Learn Dota series that he filmed with Sean “Day[9]” Plott. Purge’s insightful analysis is accompanied by a sharp, dry wit. Purge applied that analytical talent most recently at TI9.

Moxxi’s made her mark on Dota by bringing more attention to the South American Dota 2 scene by virtue of her own passion for it. She’s got a quick tempo play-by-play casting style that will fit well with the out-of-the-box style of Midas Mode. And, of course, her crown (as the Queen of SA Dota) fits nicely within the Midas Mode environment.

Jenkins is a pro Dota 2 player who has competed with organizations such as Vendetta, Team Leviathan and Team Red. More recently, he’s brought his pro perspective to bear on analysis. 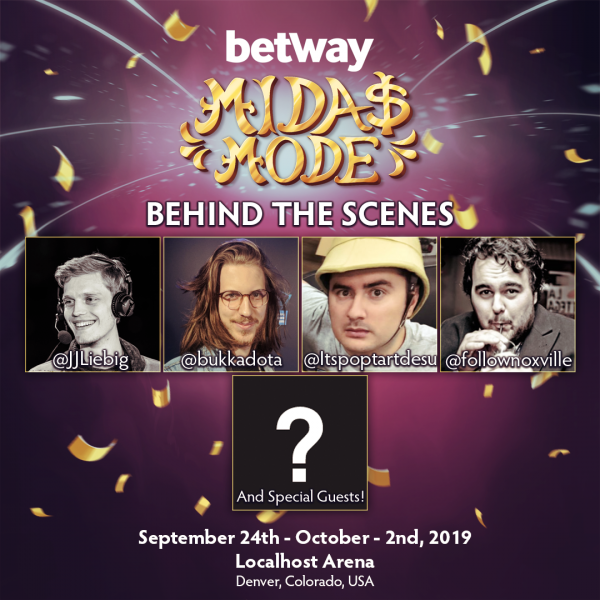 Providing support for Midas Mode are a quartet of talented production staff, including:

Ben “Noxville” Steenhuisen, the talented statsman who has been providing behind-the-scenes stats and analysis for years (as well as insightful commentary on competitive formats!)

David “Poptart” Mejia, a fantastic observer who got his start by volunteering to fill the need for North American observers. 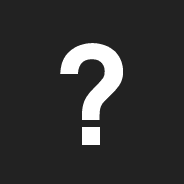 There will also be “Special Guests!” How… mysterious! Tune in to find out who joins this entertaining, talented bunch!

If you’ve already picked up a BETWAY Midas Mode 2.0 ticket, you’ll have an opportunity to see all of these individuals (except for Noxville, who will not be on site) in person from September 24 – October 2. Otherwise, be sure to tune into Twitch for all the Midas Mode action.