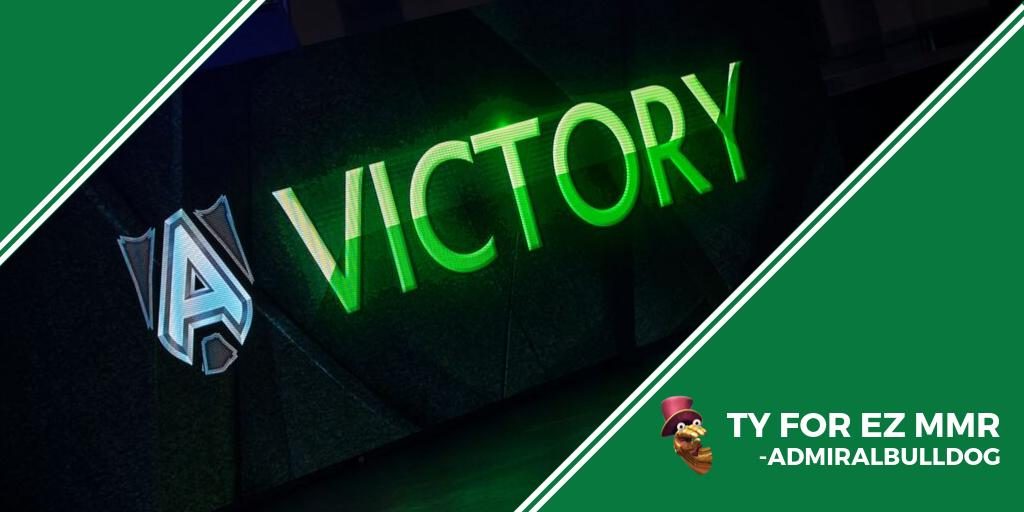 TI3 Alliance vs OG Has, so far, been the highlight of Betway Midas Mode 2.0 (Image via Alliance)

Day two of BETWAY Midas Mode 2.0 is a wrap, and only 48 hours into this most unique of tournaments, we’ve seen the complex economy and meta of the tournament shift in favor of heroes such as Pudge and Beastmaster, while avoiding the top costing picks. But we’ve also seen a respectable amount of chaos and hilarity, as the teams from the European and North American regions attempt to take home a share of Mr. Midas’ prize.

OG, The International 2019 champions and two-time International winners made their tournament debut today against Alliance’s TI3 winning stack. And even with OG’s Anathan “ana” Pham playing from home in Australia on 300+ ping, this clash of champions was set to be a thrilling match-up. OG also found itself additionally handicapped with the occasional absence of Jesse “JerAx” Vainikka, with the team’s coach Titouan “Sockshka” Merloz filling in as needed. Alliance too found themselves with roster problems, with Rasmus “Chessie” Blomdin once again stepping in for Gustav “s4” Magnusson, depriving emergency stand-in Alex “Sheepsticked” Roberts of a chance to play.

Loading into the game, we saw the return of Midas Mode’s amazing custom map, which was sadly absent during yesterday’s last two series. In terms of game play, OG’s Pudge hooks allowed them to get early towers. However, in the process, TI3 Alliance secured several kills, with OG unable to stop Alliance from running at them. In short order, OG fell to the classic Alliance stack.

For game two, OG struck back by drafting Wraith King, who for the tournament had taken on the look of a certain Skeleton King thanks to a sponsored skin. OG also managed to field its full team for this match, with JerAx returning for the game. Early on, the Alliance stack hard farmed top and were easily able to grab kills. But as the game progressed, the classic roster started to make mistakes. This was no better exemplified than when Jerry “EGM” Lundkvist found himself stunned and killed by the VIP controlled VR Roshan.

At 20 minutes, OG found themselves firmly in control of the game. Luckily for Alliance, Techies seemed intent on extending the game, suiciding for kills when possible and mining up the majority of the map. As the match progressed, OG flexed their muscles, even daring to take on Super Roshan, in a take which saw team members flung from the pit.

Luckily OG’s huge lead ensured the Wrath of the Bone King would be carried out farmed up items and demolished the TI3 stack, gifting us a game three.

Intent on using all the heroes they’d bought skins for, OG broke out the Io for the final game, complete with team logo with deadly Anathan “ana” Pham heads floating around him. And with quite literally their signature hero, OG shot to an early lead. But something snapped in OG. The team couldn’t land abilities and struggled to put together a coherent play. After a 31-minute demolition, the Alliance lineup was victorious.

After a brutal drubbing at the hands of the TI3 champs, OG would return to play the TI1 champs, Na’Vi. Playing back-to-back games is always a hardship, but with such an intricate and involved game type as Midas Mode, OG would have even more trouble.

With their Io banned, OG elected to pick Kunkka, complete with his ESL-sponsored skin. As the draft advanced, Na’Vi, playing with its entire roster, were able to blend old and new picks into a formidable team comp, that included Mars mid and Disruptor in the offlane. OG answered with a Venomancer/Riki/Mirana combo that looked to create a bit of disruption of its own.

After a brief delay caused by Na’Vi’s Alexander “XBOCT” Dashkevich leaking both the draft lobby and game lobby on stream, OG started the game by attempting The Great Migration challenge. And in spite of some interference from Na’Vi, OG became the first (and only) team at Midas Mode to complete this difficult bounty.

However, after this, it all seemed to go downhill for OG, who were caught off guard by Na’Vi. Danil “Dendi” Ishutin earlier revealed that Na’Vi had been scrimming in preparation of their Midas Mode games, and the prep showed. Eventually, despite OG farming up a storm, the gold lead swung into Na’Vi’s favor, and with that, the game was over.

The second games started with OG attempting a three-man gank in mid, before transitioning into a questionable trilane, which ultimately led to two deaths for the most recent TI champions. All over the map, Na’Vi looked like they hadn’t missed a beat in the ten years since their TI victory. And OG seemed to be suffering from fatigue in their fifth game of the day. Dmitriy “LighTofHeaveN” Kupriyanov, in particular, performed far beyond any expectations, looking incredibly strong on Beastmaster.

Throughout the game, OG looked lost. With five skill shots across their team comp, no carry, all effectively support heroes; the team had no way of winning. Ultimately they would lose, reviving once again the debate of whether Dota has gotten easier in the past decade.

Before our final game of the day, we were treated to a shirtless interview from William “Blitz” Lee by Hotspawn’s own Gillian “Kendryx” Linscott. One which revealed not just Blitz’s bare chest, but that he’d not watched any of the matches so far. The interview was followed by another fantastic Kennedy Space Centre skit with tournament organizer Jake “SirActionSlacks” Kanner before we got our first glimpse of the final match-up.

The veteran meme dream team, the Fighting Pepegas, were set to take on Team Anvorgesa, who you may recognize as Infamous’ roster from TI9. And looking to continue their success, Anvorgesa started out its Midas Mode tournament by picking up one of the event’s cheapest heroes in Clockwerk, whose price was so low thanks to not being picked in TI9.

After a short delay, the first match began, and both teams wasted no time in attempting to secure fast bounties. Anvorgesa didn’t find any success while Pepegas acquired a nice pair of payouts, which secured their Moonbucks net worth going forward. Throughout the game, Pepegas clearly had the lane advantage, and were able to bully their opponents, gaining a creep score lead. This lead rapidly spiraled into a substantial 4K gold advantage by ten minutes, with Pepegas clearly in the driving seat. Unfortunately, the lead proved too much for Anvorgesa, who fell to a Pepegas squad that looked far more confident than in yesterday’s performance against J.Storm.

In game two, Anvorgesa’s Elvis “Scofield” De la Cruz Peña initially found himself with connection issues, leading to the last-minute substitution of emergency stand-in Alex “Sheepsticked” Roberts. However, before the draft was concluded, Scofield returned, once again robbing Sheepsticked of a chance to play. In the draft, Anvorgesa, clearly worried about being swept, picked a much cheaper lineup.

As the second game began, Pepagas again shot to an early lead, their quick aggression causing no-end of trouble for the Anvorgesa. Jonathan Bryle “bryle” Santos De Guia’s Storm Spirit created space in the mid lane throughout the game, his initiations and nuke attempts allowing his team to follow up with kills.

However, this game was less cut and dry, with Anvorgesa able to grab kills across the map, usually when the Pepagas overextended. And as the game progressed, Pepegas were unable to engage with their opponent, and slowly started to lose their map control and structures. Ultimately, the Pepegas allowed the game to get away from themselves, and Anvorgesa’s budget lineup worked out to send us to game three.

Looking to put their opponents away, and make up for their disappointing loss, Pepegas picked up the Axe, complete with his all-American custom skin. Team Anvorgesa, having made a tidy number of Midas Bucks from their previous victory, felt comfortable splashing out on a Kunkka and increasingly more expensive Bristleback. And in-game, this big spending was far more valuable, as it converted into easy kills for Anvorgesa.

However, Pepegas’ aggression and rotations ensured a much longer match than their opponent’s early match dominance suggested. Anvorgesa were constantly repelled from pushing into Pepegas’ base, allowing them to push back against their opponents. Eventually, with a gold deficit, Anvorgesa grabbed the VR-enhanced Roshan. But this was to be their downfall, as a fight shortly after went poorly and after that, Pepegas grabbed a surprising victory.

Overall, today was another incredible day of Midas Mode games. One of the most amazing things about Midas Mode is seeing things you’d never see in other tournaments. Things such as the Riki versus Mars mid in Na’Vi/OG’s match. Or Pudge becoming a must-pick or ban hero, as his price rose continually throughout the day. Or even the TI9 champs not winning a single series.

Midas Mode is a special tournament, and there’s only more excitement to come as the event continues.

Disclosure: Hotspawn is sponsoring BETWAY Midas Mode 2.0. We are in attendance, providing unique coverage of the event each day. Stay tuned to our site for further information!