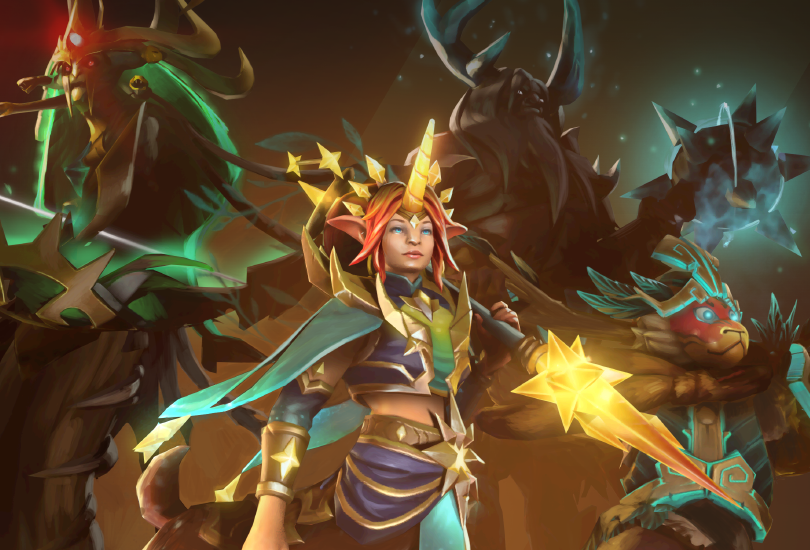 Dota 2’s patch 7.21 is out. That means that it is time to dig into those changes and re-think how you’re going to win the game.

Dota 2’s patch 7.21 is out. It’s time to dig into those changes and re-think how you’re going to win the game.

This too shall pass.

It’s a mantra that’s gotten many people through lows and it’s a reminder to appreciate each of the highs. For Dota 2 players, it’s a way of life. Just when you think you’ve figured out the game, Valve “balances” things and you’re back to square one.

Patch 7.21 wasn’t, apparently, deserving of a proper name; Valve calls it a balance patch. But don’t be deceived, this is patch makes changes from top to bottom.

While 7.21 leaves the geography of the game alone, it does muck about with some of the map’s features.

Ancient camps in the primary jungles for both Dire and Radiant have been changed to big camps. This is a reversion as previously there’d been a single Ancient camp for each side of the map. Big camps are easier to kill earlier in the game, with less reward, of course. Though, they are also more vulnerable to being controlled.

Melee creeps are now worth less, with gold bounties reduced by 3. For those of us who haven’t quite mastered the art of last hitting creeps, now is the time to step up our game. Less reward for when we are successful means no more excuses: practice last hitting until you can do it reliably!

Objectives in Dota 2 received a buff: towers 2 and 3, and the melee barracks have more armor, and the tower protection armor bonus (remember that? Stop fighting enemy heroes under their towers!) is up to four from three for towers 2-4.

There are more tweaks: check out the full patch notes on dota2.com.

Hero changes in this type of patch are always a lot to tackle all at once.

Patch 7.21 is no exception: 112 heroes out of the current 116 received at least one line in the patch notes. Some of these changes are, obviously, more significant than others. And how much impact they’ll have on your gameplay is also going to be affected by your skill level. At lower skill levels, small nerfs to heroes can usually be overcome simply by being good on the hero. At higher skill levels, small changes can make a hero no longer viable at all.

There are a few top-level changes to heroes. Remember that mantra, “This too shall pass.” Why? Well, in April 2018, Valve added a 25% benefit bonus to heroes from their primary attributes. Now, at the end of January 2019, they’re taking it away. Helpfully, the patch note reminds us this “affects attributes from both items and the hero.” Time to rethink how much value you’re getting out of stat items!  As a consolation, (okay, for balance), heroes are all getting a 15% bump to attribute growth values.

Movement speeds are also being tweaked. Some melee heroes received a +5, +10 or +15 movement speed bump. Ranged heroes with 295 or more base movement speed lost 5. Again, if you’re playing at a low skill level, you may not see a huge impact, but it will make it a little bit harder for ranged heroes to escape certain aggressive melee opponents now.

The biggest change to look for in 7.21 for a single hero is that Io has been temporarily removed from Captain’s Mode. According to Dotabuff, Io was only picked in roughly 1.6% of games. Compare that to the 8.3% of games the wisp was picked at the Chongqing Major, and you start to see how undervalued Io is in the average game. That’s not even the whole picture—Io was tied for most contested hero at the Major, having been banned in an additional 87.5% of games. Yeah, you read that correctly. Now, Io’s one of those high coordination heroes, which might explain why the hero is less popular in public games than he is in competitive ones: pros are obviously far more coordinated and more capable of coordination than the average pub group is.

So why is Io out of Captain’s Mode? Changes have been made to Tether, Overcharge and Relocate, so waiting to see how those play out is undoubtedly part of the reason.

What about your favorite hero, were they buffed or nerfed? Well, out of 116 heroes, 112 were tweaked. Odds are good that yes, something happened to your go-to pick.

If you like heroes such as Lina or Pudge, good news, they both got a base damage increase.  If it was Slark… well….

That says it all, doesn’t it?

Dota 2 is all about accessorizing your hero appropriately, so of course, the changes to items are important.

Twenty-nine items saw changes. Sadly, no new items have been added to the shops, but don’t let that stop you from browsing the patch notes.

Direct your attention to the various styles of boots first, because Dota 2’s footwear was revamped. Phase Boots underwent a recipe change from Gloves of Haste to Blades of Attack, Power Treads now require Gloves of Haste instead of Blades of Attack. Tranquil Boots are now faster when active and slower when disabled, while Boots of Travel got a level 2 movement speed increase from 32% to 35%.

They could have called the patch something movement-related. “Patch 7.21: Two Steps Forward, One Step Back”?  No? Balance patch it is. That said, there are several movement speed tweaks to items. If charging after the enemy, or bravely running away, is important to you, look for those so you’re not shortchanged on speed.

If you’re using Dota Plus, remember that it could be slow to respond to item changes as it relies on data from what other players are buying.

The changes come alongside the new ranked season (good luck with your calibration!). There’re also some updates to Dota Plus, including some Seasonal Quests and four shiny new item sets to purchase with Plus Shards.

It’s been two months since 7.20 was released, only half the time as between 7.19 and 7.20. Valve’s already said that Mars, the next Dota 2 hero, will be released “sometime between the end of February and early March.” That’s only about a month from 7.20’s release.

With the timing before the next round of Dota 2 Pro Circuit tournaments, perhaps we shouldn’t expect quite so many changes to the game alongside him. Of course, we also shouldn’t get too attached to the changes introduced in this patch. In time, they too shall pass.