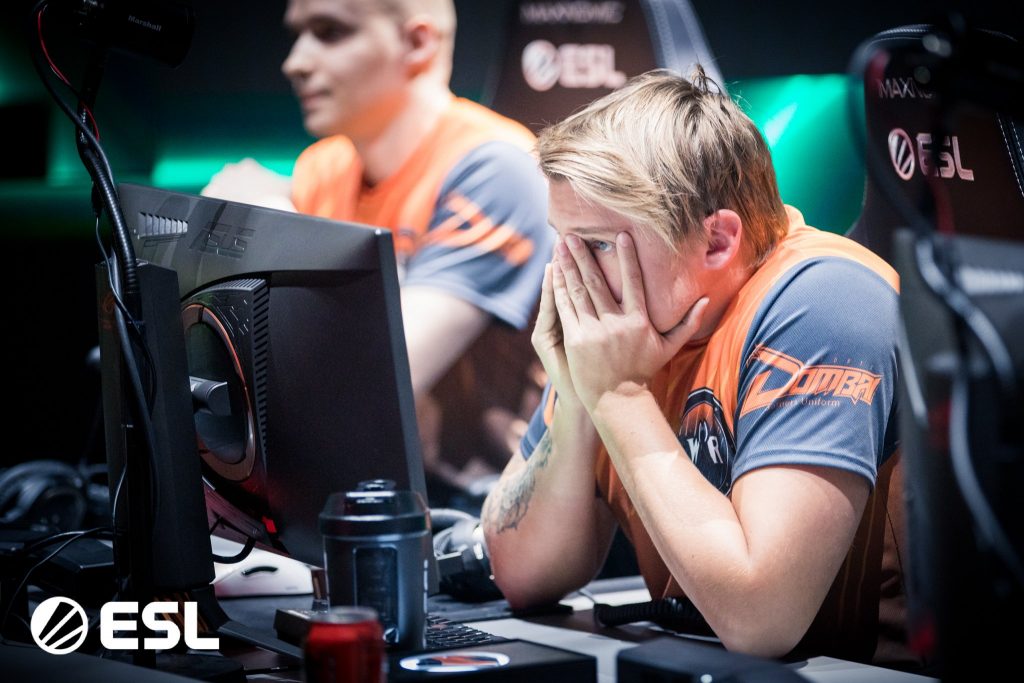 After a three-game slug-fest, beastcoast came out on top in a hard-fought victory, sending Wind and Rain home. (Image via ESL)

We said it yesterday, and we’ll say it again: Never count out beastcoast. And that advice was even more appropriate today, as the team came back from a huge 5k gold and 12-kill deficit to defeat Wind and Rain and advance at ESL One Hamburg 2019.

As the games started today, the beastcoast lineup probably thought it was in for a quick win. In the group stage, the team had pulled off a miraculous turnaround after a miserable day one had seen them accrue a 0-4 record. Surging in the last two days of games, the team finished with a respectable 6-4 score, narrowly missing out on an upper bracket spot.

Their opponents, Wind and Rain, on the other hand, had snuck into the playoffs with a comparatively poor record. They’d bested a Team Liquid squad that didn’t seem to be on form, and the unfortunate Quincy Crew, who’d forfeited their first game due to player illness. But in total, the team hadn’t won a series, only pushing their opponents to four draws and a loss.

As a result, beastcoast were rightfully the favorites headed into today’s playoff series. But cracks began to appear in beastcoast’s confidence almost immediately. In a messy first game, the team struggled to put away a Wind and Rain lineup, which they’d arguably entirely and utterly out drafted. Even with power picks such as Tiny, Tusk and Lifestealer, beastcoast looked lost in lane, giving up kills across the map. After a hard-fought 65-minute match, the teams looked about equal in ability.

We didn't manage to push it over the line in game one… but we look to change that in game two!

We're ready to go against @beastcoast yet again to fight for the glory in @ESLDota2 #Hamburg 🏆#WeAreWaR 🧡 pic.twitter.com/iJMaqEeFe8

Yet in the second match, Wind and Rain turned up the heat. The team’s pair of bow-wielding hyper carries of Windranger and Drow ranger were expertly played by Irakli “W1sh-” Peranidze and Dimitry “Nefrit” Tarasich. The team scaled into their unstoppable late-game form in record time, amassing frankly scary amounts of farm and kills onto the two archers. And to rub salt into the wound, Joni “Buugi” Fält on Axe also recorded a dozen kills. beastcoast had fallen apart. The team looked helpless against Wind and Rain’s early game execution.

No one would have blamed beastcoast for throwing in the towel early in this third and final game. Wind and Rain once again shot ahead with their trio of carries, and by 20 minutes in, were pushing into their opponent’s high ground. They had 12 kill lead, around 6k more gold on their carries, and a Night Stalker who could dominate them whenever his ultimate ability was available. However, beastcoast refused to yield. An incredible Reverse Polarity from Adrian “Wisper” Cespedes Dobles’ Magnus turned the tables on Wind and Rain’s siege and signaled a shift in momentum.

HUGE RP from Wisper! @beastcoast are now back in the Game against @WindandRaingg! #ESLOne

From there, beastcoast pulled off one of the most impressive comebacks in recent memory. However, this was no clean turn around. beastcoast had to fight for every inch. Each team fight, both sides would lose four or five of their members, with buybacks burned left and right. But with each engagement, Hector Antonio “K1” Rodriguez began to pick up more gold. His Chaos Knight was slowly becoming an unkillable monster. And it was only him that stood between his team and inevitable defeat, having amassed more gold than the majority of his team combined. After a series of messy fights, Wind and Rain made one final crucial mistake, getting caught out and killed. With this, beastcoast could finally push down the mid, secure the win, and avoid the upset once and for all.

Wind and Rain played their hearts out in this series, and only the determination of beastcoast to never say die prevented their victory. One important lesson to take away from this series is to never forfeit early, at least in pro games. There’s always a chance you can farm up, take good fights and clutch out a win. Especially if you have a talent like K1 on your roster.