Battlefy to Host SEA Qualifiers for ONE Esports Jakarta Invitational 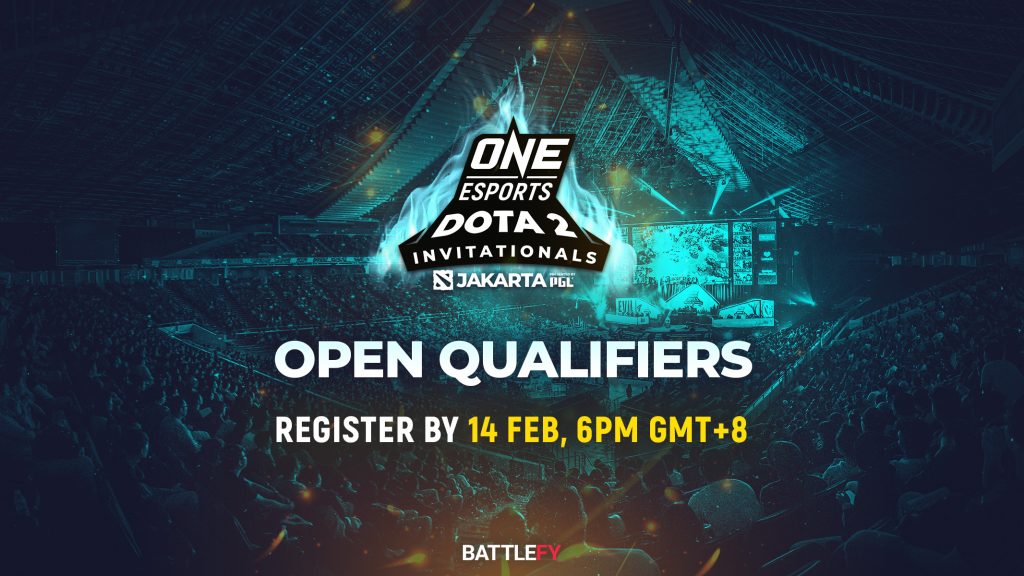 SEA Qualifiers for the ONE Esports Jakarta Invitational will begin February 15th. (Photo courtesy ONE Esports)

Singapore-based tournament organizer, ONE Esports, will return to the world of Dota with the ONE Esports Dota 2 World Pro Jakarta Invitational.

With this reveal, we now have a far better picture of the World Pro Invitational Series, which began with last year with the ONE Esports Dota 2 World Pro Invitational Singapore. While it was one of the tournament organizer’s first events, it was hugely successful. The event saw some of Dota 2’s top teams battle it out for a $500,000 prize pool, culminating in a victory for Vici Gaming, and a second-place finish for Evil Geniuses. The Jakarta edition will follow much the same format as that inaugural event, with a few additional changes.

Chief among these will be the opportunity for each major sub-region within Southeast Asia to represent their country in regional tournaments for a chance to head to the main event. Teams from Singapore, Malaysia, Indonesia, Vietnam, the Philippines, and Thailand will battle it out for a chance of success.

These teams will be selected from a 64-team online qualifier for each region. Each squad will compete in best of one matches, with the top 4 stacks playing in the best-of-three playoffs. Only one winner from each region will advance, heading to the Live Regional Qualifiers.

These Regional Qualifiers events will be held March 7th – 8th in Kuala Lumpur, and March 14th – 15th in Jakarta, with the two winning teams claiming a place at the ONE Esports Dota 2 World Pro Invitational Jakarta. There, they will compete alongside ten other teams from around the world for a chance to win a share of the $500,000 prize pool and to claim the title of ONE Esports DOTA 2 Jakarta Invitational Champion.

This extended qualification is all made possible thanks to ONE Esports collaboration with tournament platform, Battlefy. As a major partner in this series, Battlefy is responsible for managing all aspects of the online qualifiers and supporting the competitive series from an overall strategic standpoint. The company worked with ONE in designing the structure of this series, as well as creating a player hub specially designed for ONE Esports, which is to be launched on the Battlefy website.

Speaking about the event, CEO of ONE Esports Carlos Alimiring described the company’s vision: “ONE Esports was created to share and celebrate the stories of world-class esports teams and players and to empower members of the community to rise to the occasion and prove that they deserve the opportunity to compete on the world’s stage. Together with Battlefy, these online and offline qualifiers for the ONE Esports Dota 2 Jakarta Invitational deliver on that vision. “

Southeast Asian Qualifiers will be held as follows: