Barriers For Women in CS:GO Continue to Lessen 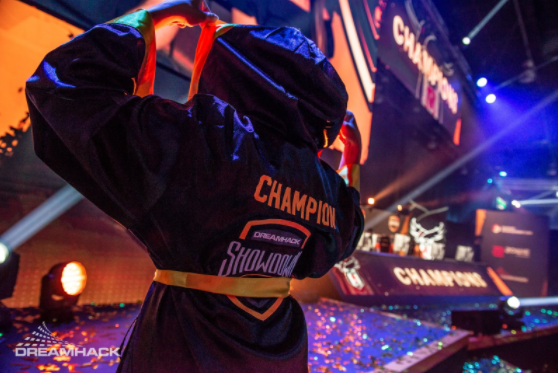 Despite being split up by all-female teams and tournaments, CS:GO has more opportunities for women than other esports. (

The discussion surrounding women in esports seems to never end. With hype around the release of VALORANT, eyes have once again turned to the FPS genre as a whole. Dignitas’ female CS:GO team will also be competing in VALORANT, the second organization to field a female team after GODSENT also revealed its squad.

DIG Fe thrives on challenges and the team is excited to take on their next. @BasedGodMilk, @EMUHLEET, @rainCSGO and @DEADTheia of DIG Fe are expanding to #VALORANT! pic.twitter.com/QtI3KBVsKm

This isn’t an unfamiliar occurrence, with Gen.G signing a duo before expanding out into a full all-female Fortnite squad back in 2018. Excitement around new titles is understandable but Counter-Strike remains an esports title with the field entirely open for female competitors.

Female teams and players within CS:GO still have a long way to go, but there have been steps taken in recent years that are encouraging.

Dignitas Female waved the flag for the organization even when there was no male team, as did CLG Red with Counter Logic Gaming not fielding male players since 2018. Katlin “Keiti” Boop became the first female player to qualify for FACEIT Pro League and is now part of Team Mythic. This came after an initial qualifying attempt by Michaela “mimimimichaela” Lintrup saw the community support the journey that ended up falling short at the final hurdle.

Congratulations to both razgo & Katie on their FPL-C NA performances in March, and for qualifying for the FPL! 🏆

Both players had a great month, and we're looking forward to seeing what they can do in the FPL! 💪🇺🇸 pic.twitter.com/nK3jDnPCkl

DreamHack Showdown Valencia 2019 saw the usual open tournament turned into the first all-female tournament within the DreamHack schedule to “raise the visibility of the women currently in the space, provide equal access to competitive support as their male counterparts, and offer a concrete way for women players to find guidance and inspiration to establish their path to pro”.  A predominantly female talent lineup accompanied a grand prize of not only a trophy and prize money, but a direct ticket to DreamHack Open Rotterdam later that year as part of plans to incorporate all areas and levels of the ESL and DreamHack circuits.

This opportunity drew criticism from the wider community. Female teams have long struggled to qualify for mainstream events and the inclusion of Beşiktaş was seen by some as patronizing while others felt it took a spot away from higher ranked teams who could have claimed the spot themselves via a qualifier. At the time, the team had recently been promoted to Intermediate from ESEA Open while fellow qualified team HAVU Gaming were in ESEA Premier (MDL) and Asterion were in ESEA Main. The use of a male stand-in for the tournament meant the true potential of the team wasn’t seen and the core did not qualify for further LAN events before the global coronavirus pandemic stopped LANs for the foreseeable future. 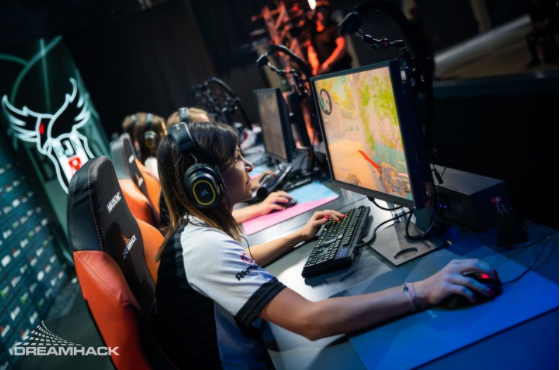 Intel Challenge Katowice 2019 saw Dignitas Female lift the trophy over fellow North American lineup CLG Red, with only eight players making an Intel Challenge debut including the five-woman Australian roster of Carnage Esports Female. Over the years, six female players have competed at every single Intel Challenge. Three of them, Julia “juliano” Kiran, Ksenia “vilga” Klyuenkova and Zainab “zAAz” Turkie, formed the core that dominated the first three years of the tournament. Kelly “KllyVe” Verhaegen finished second with CM Storm in 2015 while North American duo Diane “di^” Tran and Mounira “GooseBreeder” Dobie round out the list. Between them,they hold 10 first place results and five second place finishes across Intel Challenge Katowice history and the event always sees the familiar faces of the female scene competing alongside others from smaller regional qualifiers for a share of the $50,000 prize pool. Intel Challenge Katowice didn’t return in 2020, despite being one of the bigger events in the female tourney calendar for the last five years.

The current landscape for LAN events means it is unlikely that any female CS:GO tournaments will take place with online competition being the only remaining option. This was a significant blow following the successful of events like Intel Challenge and GIRLGAMER Esports Festival. With scheduled LAN events off the cards, this leaves many female teams with a choice over slim pickings in the online circuit alongside numerous qualifiers and smaller events taking place.

Female players have been called upon in the past as stand-ins for teams but there has yet to be a team to feature both genders competing at a notable level within CS:GO.

Missing out of action

Female teams seem to be absent from competition outside of female-only tournaments. Teams at a similar level, but without salaries or sponsors, are more frequently seen in qualifiers and at smaller online cups.

For the latter, not being invited could well be the reason but there is no restriction for female teams or women on any team from attempting to qualify for any event with open qualifiers. None of the notable female teams are currently ranked at all on HLTV at the time of writing. While changes have stopped round robin and league stages of online cups, many of these teams have barely any matches that can be found on the website.

Both CLG Red and Dignitas Female competed in multiple Flashpoint 1 open qualifiers in North America, with top 16 finishes respectively in the third, while EU-based WeRunThisPlace took part in the fourth and final EU qualifier but were eliminated in the third round.

The performances and expectations for female teams have often been under the microscope. It is no secret that for the level of play, many all-female teams have salaries and sponsorship opportunities that exceed similar male teams. Despite this, the female scene itself has seen little growth or development. Female teams remain in their own division while promising players rarely make the leap to form mixed gender rosters.

Tbh, i have been in this scene for a long time and even at my peek when i could compete with men, i was told from some pro/semi-pro that some guys in a team didnt want to play with a girl. And this is how it was, believe it or not. Ive always said that the key is mixed teams.

With an outside perspective seemingly seeing relatively inactive female teams often easily bested by even amateur male teams, questions about what can be done to boost the level of these squads, granting better opportunities and ensuring that there is the space in which it can be done have been raised.

Gender is somewhat neutralized in the esports space. For players, being able to play better than others is the main characteristic that leads to success. The Overwatch League saw Se-yeon “Geguri” Kim join the Shanghai Dragons as one of the youngest professional players in the APEX scene. While many have tried to highlight her achievements as a beacon for women, Geguri herself has not ever expressed any sentiments about gender mattering in the context of the game.

This approach is one that is not always common within CS:GO. While some do not consider gender as a factor, either positive or negative, in the pursuit of a professional career, others may view it as a reason behind their inability to find success in the space.

Women are ‘expected’ to be found in certain areas of esports. Social media, team management, interviewing, the more ‘personable’ roles and this is not to say that women should not be in those spaces. Freya Spiers, Christine “potter” Chi, Frankie Ward and Sue “Smix” Lee remain some of the best talent in their roles at CS:GO events hailing from a variety of backgrounds in relation to the game. 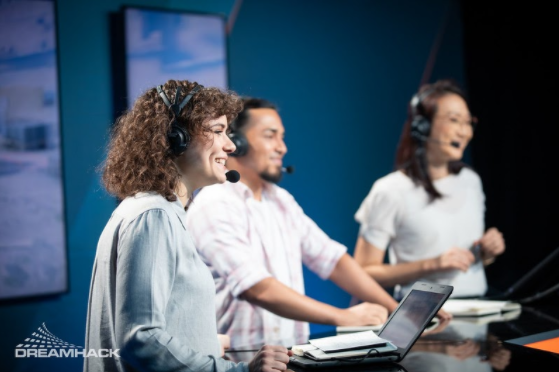 When it comes to within organizations themselves, former professional players have been able to climb up the corporate ladders in multiple organisations. Heather “sapphiRe” Garozzo is the VP of Marketing for Dignitas while Stephanie “missharvey” Harvey is CLG’s Director of Esports Franchise Development and Outreach. It is not just those with a competitive history that have done this. Evil Geniuses returned to Counter-Strike in 2019 and are led by CEO Nicole LaPointe Jameson.

Behind the scenes, there are countless women that often go unnoticed but are just as crucial and noteworthy to the CS:GO scene. From photographers, to team and PR managers, it is fair to say that more credit given their way would help break down the image of CS and esports as a whole being a ‘boys club’.

The recent Closed Beta of VALORANT once again brought up an important topic: voice chat being a key part of communicating within FPS games also opens up those with distinctively coded voices to abuse. Many women have shared their experiences of being harassed in games and this is universal across any video game with voice chat enabled. This means some do not feel comfortable speaking or have to endure abuse when they do, with most able to name specific incidents with strangers in games where this has taken place.

Esports by nature can attract certain groups of people. The immature who play games, the bettors who hope gambling will make them millions, many of whom normal social interactions, basic manners and emotional restraint seem like distant and complex ideas.

Professional Counter-Strike players have frequently shared messages from those who contact them to vent frustration towards them and their families. Danish player Kristian “k0nfig” Wienecke was even threatened by someone who worked for the AVANGAR organization at the time it happened.

Tbh this shit pisses me off pic.twitter.com/SvazEC4yAR

Women within CS:GO also face people who might not view their behavior as ‘negative’ but still have an effect on those they speak to, either questioning their knowledge of the game, providing unwarranted over-explanations or believing that highlighting how ‘special’ a woman is for being into video games accompanied by unsolicited compliments is appropriate. There is no justification for any abuse or harassment anyone faces within esports but it is a factor that everyone in the space is aware of. Those who aren’t prepared to face those individuals in one way or another will struggle in esports regardless, but for those who have true passion and drive, the small inconveniences and minor poor experiences will not keep them away.

Counter-Strike remains a space of promise and opportunity for those who are willing to grasp it and have the abilities and skills to prove their worth regardless of gender and the list of names involved in the game will only continue to grow.

The barriers women face in CS:GO seem to be lessening compared to other esports. Open Qualifiers take place for the majority of big events with no restrictions based on gender. Numerous websites provide endless information to any aspiring or active casters, analysts, hosts or interviewers. There are roles across the entire CS:GO scene in every conceivable area and the only limitation is personal aspiration.

The community welcomes those who do well in their roles and while women do not go unnoticed and are still in the minority, familiar faces and emerging figures are making the CS:GO space better with their presence.