Baptiste and His Abilities – Reactions To Newest Overwatch Hero 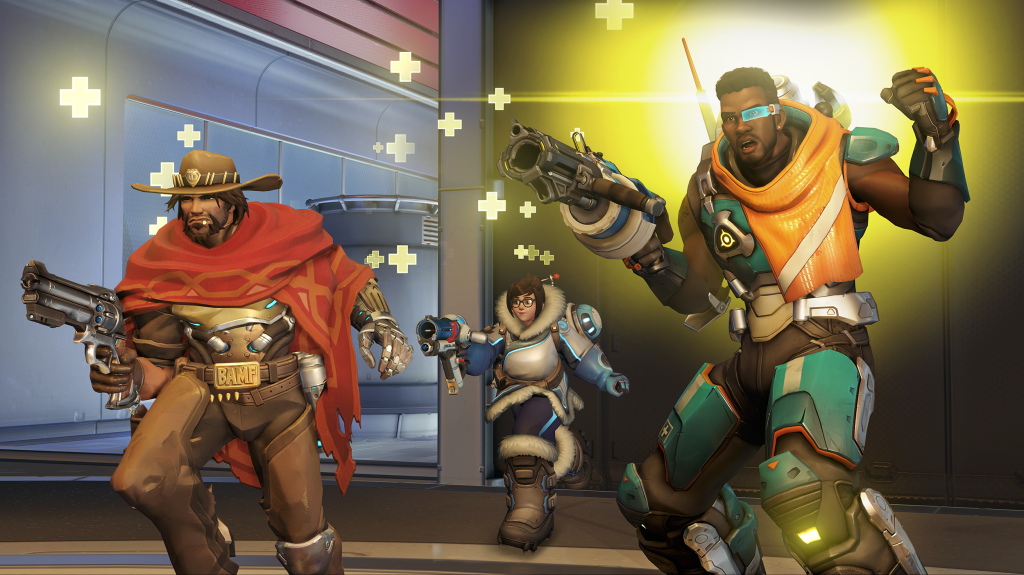 Baptiste has hit the PTR servers and everyone is anxious to get their hands on him. Here is our initial reactions to the combat medic.

Echoing in the paths of Ana, Jean-Baptiste Augustin is the latest dual ability hero to join the Overwatch ranks. He is a support hero whose specialties lie in both dealing a considerable amount of damage as well as healing his teammates and protecting them. As a combat medic, Baptiste brings a multitude of skills to his team with a kit that reflects his ability to flex into any situation and keep his team alive. His kit has been released on the PTR and Overwatch has released a quick video detailing his kit. For those players who are playing on PC will be happy to hear that Baptiste is available to play today. For console gamers, you might have to wait a day or two until it’s available for you.

Let’s breakdown Baptiste’s kit and how you should be playing this fantastic combat medic.

Get your first aid on Baptiste's abilities and playstyle. Now healing on the PTR!

This battle-worn combat medic has two types of fire – his primary fire Medic SMG and his alternate fire Biotic Launcher. These two types of fire can be altered between quickly and can be reloaded at the same time when you run out of one type of ammo.

Baptiste’s Medic SMG is a quick burst of three consecutive shots that packs a punch. There is a slight vertical recoil on the shot but it realigns to the middle after the burst. With a clip of 45 shots which is broken into 15 trigger pulls.

Baptiste has two main abilities – Regenerative Burst and Immortality Field. Regenerative Burst is Baptiste’s healing ability, a standard for any support hero. The Burst isn’t an aura but rather a “splash” ability that affects all heroes in his proximity. We use the term splash ability because there is no AoE on the ability, as long as players were within his proximity when he activates it, they can move away from him and the effect will still persist. His heal occurs of a set period of time and it does effect Baptiste meaning if he’s in a sticky situation, he can pop it to heal himself unlike his Medic SMG.

Immortality Field is Baptiste non-ultimate ultimate. It’s beginning to feel like his Immortality Field might be the most overpowered non-ultimate in the game. When Baptiste actives this ability, he creates a wall (similar to Symmetra) that prevents all allied heroes from dying if they are behind the wall. Say goodbye to D.Va’s self-destruct kills or those annoying Junkrat’s RIP Tires – this ability prevents all allied heroes within the wall from succumbing to those pesky ult’s. The field is generated by a device, similar to that of Orisa, can be targeted and thus destroyed. This would end the preventive barrier and all its effects.

Baptiste’s pièce de résistance is his Amplification Matrix. This Matrix, not too dissimilar from the Neo’s Matrix, amplifies all friendly healing and damaging effects that pass through the wall. This means Mercy’s Regeneration, Tracer’s damage from her Pulse Pistols, Moira’s Coalescence. all have their effects doubled. Double damage or double healing. This ability is the penultimate display of how mobile and versatile Baptiste is.

Our Thoughts on Baptiste

Baptiste is just what Overwatch needed with the stifling and uncreative GOATS meta that has persisted for quite some time. His blend of damage and healing support could be the perfect solution to counter dive strats, help with objective pushes, and help amplify damage to close out a map. The dev’s haven’t committed to saying that Baptiste is the counter to GOATS but we’re hopeful that he’ll help bring about a new meta.