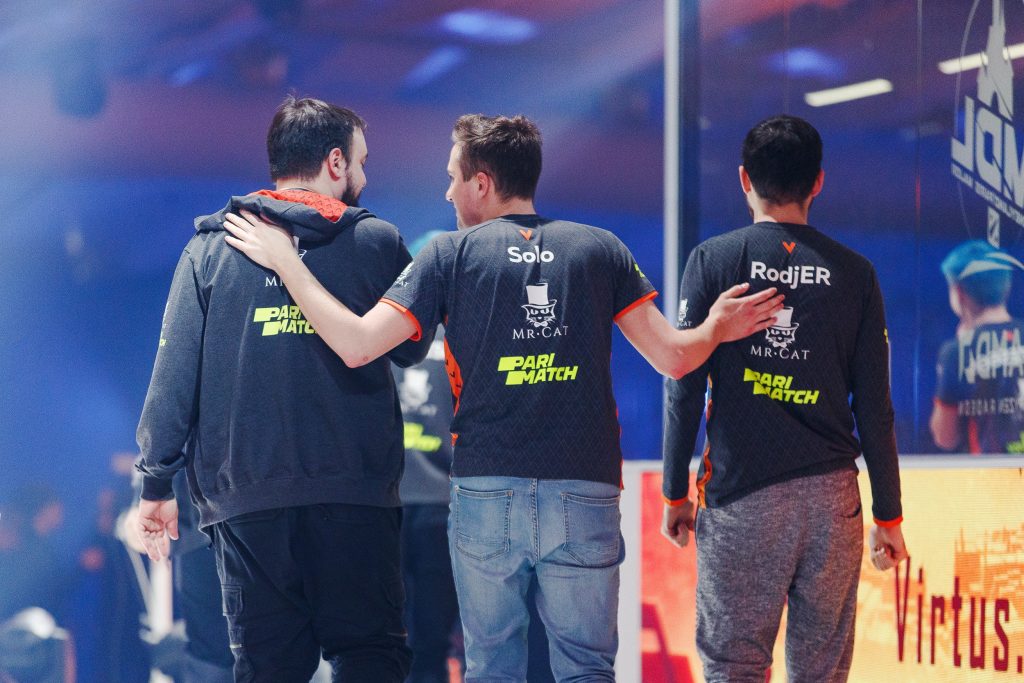 Virtus.pro head home after a rough series versus PSG.LGD at the Paris Major. (Photo courtesy of Virtus.pro)

First, Virtus.pro faced off against PSG.LGD. The first game went solidly in PSG.LGD’s favor, but the second game was a back-and-forth affair. Virtus.pro had a 15K gold net worth lead just four minutes before the game ended, but PSG.LGD pulled off a reversal to take the game and the series.

Vici Gaming versus Team Liquid was up next. Vici Gaming took the first game, but Team Liquid came back with a vengeance. The European squad won the last two games, sending Vici Gaming home too soon. It was a good, close series, with Team Liquid coming out on top.

The upper bracket series could not have been more different from each other. Team Secret 2-0’d OG, the second game ending in less than thirty minutes.

On the other side, Evil Geniuses and Ninjas in Pyjamas was the series of the day. Their first game was the longest of the day, lasting over an hour and going Evil Geniuses’ way. NiP took game two after some back-and-forth play. Both teams were looking strong heading in the third game. NiP had the lead in net worth for most of the game, though the advantage was never above 7.6K. After a team fight that left NiP without buybacks, Evil Geniuses clutched it out, going straight down mid to press their advantage.

Notably, Sumail “SumaiL” Hassan put in an impressive performance on his first Morphling in a professional game in game one of the series. With a 19/0/7 KDA, SumaiL posted impressive numbers in his pro debut in the hero.

Coming up tomorrow at the Paris Major are OG versus Team Liquid and PSG.LGD versus Ninjas in Pyjamas. The winners of those two matches will meet later in the day after Team Secret and Evil Geniuses play each other in the upper bracket. Catch all of the action starting at 4:00 am EDT on Twitch.