B8 Replaces Na’Vi at BEYOND EPIC 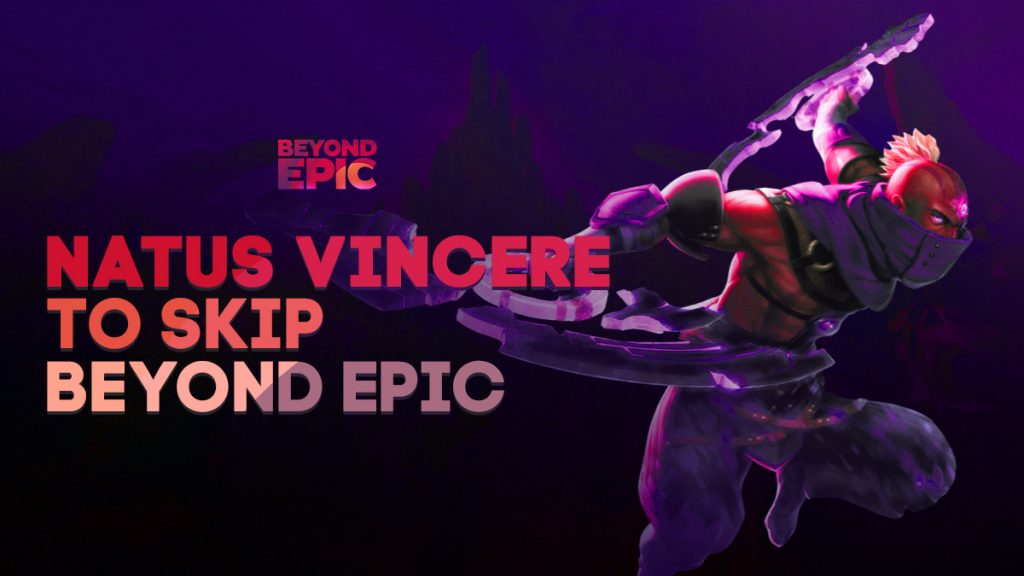 With Na’vi still uncertain about their current roster, B8 have stepped up to participate in BEYOND EPIC. (Photo courtesy Na'Vi)

We regret to inform you that we will be withdrawing from the Beyond Epic Dota 2 tournament.

In an explanatory post on their website, Na’vi describes how their team will be skipping the event due to a number of roster changes which are currently ongoing. Team Manager Igor “caff” Sydorenko elaborated: “The team is still in the process of formation. We are testing the new players, and we are not ready to perform at the official tournaments just yet. So we have to withdraw from BEYOND EPIC. I would like to thank the organizers for understanding. I would also like to ask our fans to give us some time, we will be up in arms by the end of the month.”

As per the announcement, Na’Vi’s current roster remains unchanged. However, Vitaliy “so bad” Oshmankevich remains “on trial”. The team have been in rebuilding mode since the departure of Bakyt “Zayac” Emilzhanov and although the team had some success with replacement captain Semion “CemaTheSlayer” Krivulya, they moved on from him in late May. This left the team without a definitive captain, and looking for yet another four-position player.

The news of Na’Vi’s departure was later announced by EPICENTER, co-hosts of the tournament, on their official Twitter account in the midst of the event’s first game between Alliance and Team Empire.

Team B8 to take the spot of @natusvincere in BEYOND EPIC tournament.

Unfortunately, Natus Vincere pulls out of the competition. Team B8 will take their spot – previously, the roster reached the qualifier finals.#epicgg #dota #dota2 pic.twitter.com/Uapq1XUhdI

In their wake, B8, the team founded and captained by Dota 2 legend Danil “Dendi” Ishutin, has stepped up to take their place. B8 had a reasonable run through the qualifiers for BEYOND EPIC, only losing out to Team Empire and Vikin.gg, making them the natural replacement for any departures.

The team will now compete against 12 other teams for the chance to take home a share of $200,000 – a welcome surprise after their elimination from the qualifiers on June 11th. Jumping directly into Na’Vi’s schedule, B8 will take on OG on June 18th in their first match of the tournament.

To read the full announcement about Na’vi’s departure from BEYOND EPIC, visit the organization’s website. Or to watch the now ongoing BEYOND EPIC tournament, tune in to the Beyond the Summit Twitch channel.